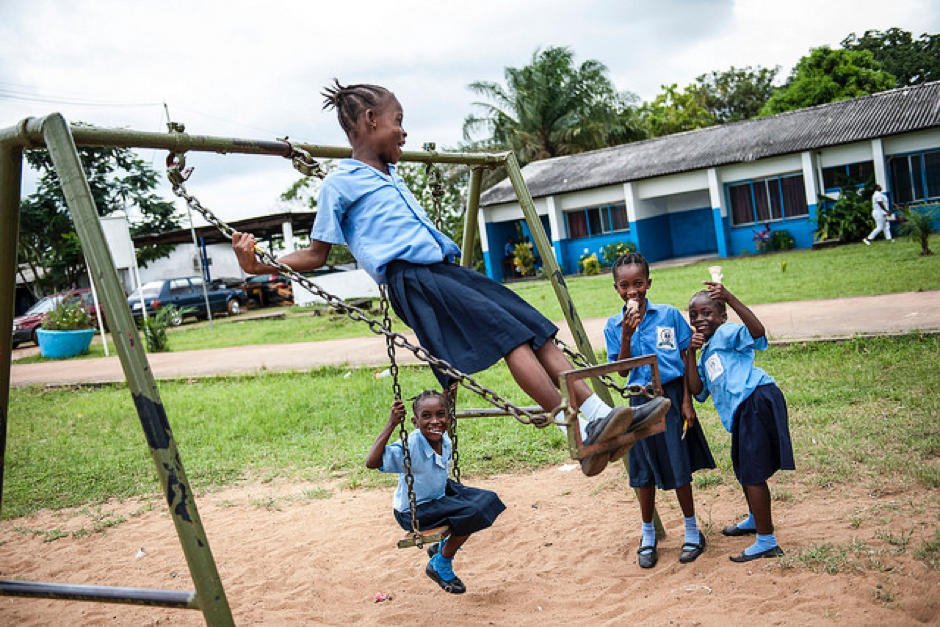 The will of the people has prevailed. Democracy! In a few hours, Liberia will have a new president. Former soccer superstar George Manneh Weah will be sworn into office as the 25thÂ president of Liberia.

The victory was overwhelming during the second round of the presidential elections, with Weah winning more than 60 percent of total votes. The ruling Unity Party will soon be turning power over to the main opposition political party, the Coalition for Democratic Change.

Elections are now over, but enduring challenges, such as unfavorable macroeconomic environment, youth unemployment, corruption, and a political divide, still lurk around. President-elect Weah will have to stand tall, with firm determination and political will, to serve the Liberian people in a manner that places them at the center of development.

The president-elect will inherit a challenging economy, mainly due to persistent shocks that have undermined the countryâ€™s growth prospects over the years. For instance, the commodity price decline proved more lasting than expected, affecting production and investment in the traditional export sectors of the economy (rubber and iron ore).

The drawdown of UNMIL peacekeeping operations also generated significant fiscal pressures on the national budget, since the government has had to increase its own security spending and other administrative expenditures.

Deterioration in the supply of foreign exchange due to the shortage of US dollars during the last quarter of 2016 spiked inflationary pressures, posing a serious risk to both internal and external balance. The Liberian-US dollar exchange rate is also at a very unfavorable level, nearly L$130 per US$1.00, a result of low domestic capacity to attract foreign currency from the rest of the world.

The just-ended general and presidential elections were also marked by a number of uncertainties, which seem to have stifled demand and muddled domestic and foreign investment.

However, the medium-term outlook for 2018 and 2019 remains positive, according to the International Monetary Fund, but it also requires strong policies and programs that would create the enabling environment for sustained macroeconomic development.

The anticipated increase in the global prices of rubber and iron ore, and the reprioritized spending on infrastructural projects, as the country transition from one government to the next, restores confidence that economic activities could pick up in the next few years after the inauguration.

But this expectation is subject to external shocks and could undermine any vulnerable economy like Liberia. Therefore, to reduce the effect of external shocks and vulnerability on domestic macroeconomic performance, there is a need to shift from the traditional over-reliance on raw material exports such as rubber and iron ore, ensuring a more diversified economy, where agriculture, manufacturing, and services sectors would take the lead; given the current structure of the Liberian economy.

Improving the countryâ€™s investment climate such as roads, electricity, conducting investment policies review, establishing property rights, and providing micro-loans to small and medium-sized enterprises would be necessary for attracting more foreign and domestic investments. As economic activities further improve in the long run, a move toward a strong digital economy that supports e-commerce and e-governance could be an effective recipe for growth in Liberia.

Addressing youth unemployment is important to any growing democracy. In 2013, after President Ellen Johnson Sirleafâ€™s first term, the United Nations reported that youth unemployment in Liberia was as high as 85 percent. Given that about 65 percent of Liberiaâ€™s 4.1 million population are young people, massive youth unemployment poses a serious threat to peace and security. During an interview withÂ Reuters, the outgoing president acknowledged that â€œpeace and security in Liberia is still an issue because of the young unemployed people, and until we can address that, thereâ€™s always hanging over us the chance that there may be a resumption of conflict.â€

Liberiaâ€™s so-called demographic dividend of a large young population will continue to be more of a liability if the incoming government fails to create more jobs and provide vocational and technical training for its young and growing population. Revamping the education sector, prioritizing higher education through scholarships, and promoting policies and programs that support educational reforms would be necessary.

Corruption is endemic in Liberia, and this is an open secret. The current government has constantly failed to fight corruption. Many cases have been thrown into the dustbin, spurring a culture of impunity among the alleged government officials. The President herself has been accused of nepotism and cronyism.

For instance, public institutions like theÂ National Oil Company of Liberia fell during her tenure as president. Ironically, the President publicly acknowledged full responsibility for the fall of NOCAL, without any legal proceedings being brought against her, as if the institution was a private or family corporation.

In 2016, several government officials were named inÂ Global WitnessÂ corruption report, exposing a total of over US$950,000 payment as bribes given by UK mining firm Sable Mining, which involved its Liberian lawyer, Varney Sherman.

President-elect Weah will have to be very tough on corruption if he truly wants to deliver on his campaign promises. Again, timely prosecution of corrupt officials will send a clear message. There is a need for key institutional reforms across government to facilitate and promote anti-corruption awareness campaigns and related prosecutions.

The just-ended 2017 elections appeared to have opened new wounds and perhaps deepened existing wounds. We saw the resurgence of tribal, county, regional, and somehow religious politics that fueled discontent among Liberians. Some campaign messages were labeled â€˜harshâ€™ and â€˜very divisive,â€™ targeting specific political leaders and groups. The task now for the next president is to heal those wounds.

The president-elect needs to understand that he now leads not only those who voted him to the highest office but also those who didnâ€™t vote for him. The incoming president must lead by example, and the idea of reconciliation must begin with him. The new government must be inclusive, bridging political and social divides.

To date, many people doubt that the incoming president will avoid past mistakes made by his predecessor, as he takes over a very challenging economy, to set the pace for a new Liberia. The inauguration could mark a new dawn for Liberia, but that rests primarily on the ensuing economic and political will which could either support or block the kind of future that the Liberian people so deserve.