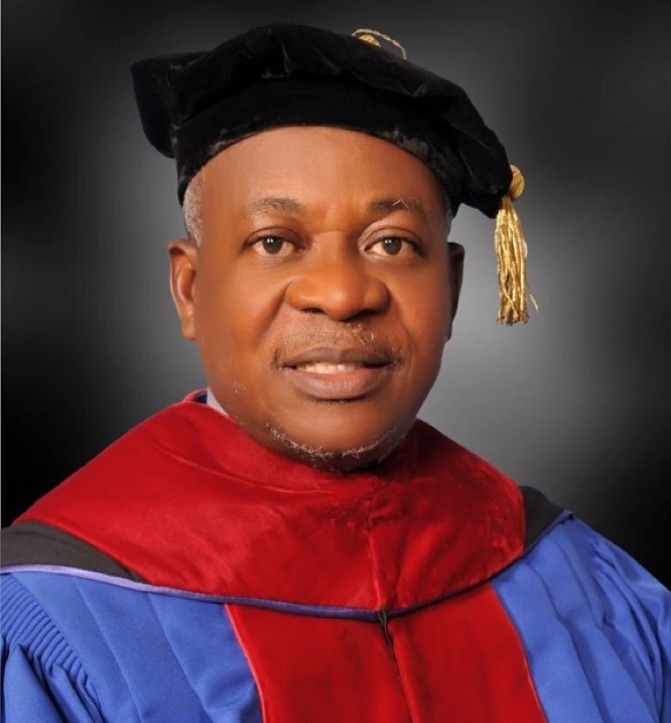 Last week, the 15th president of the University of Liberia was inaugurated in a historic ceremony held at the Fendall Campus. Dr. Julius Julukon Sarwolo Nelson seems ready to effectively pilot this flight.

As I sat keenly listening to Dr. Nelson outline a number of reforms his administration stood committed to undertaking, his power-packed inaugural address reawakened lost hope. His words arouse resounding applause and cheers throughout the speech.

The tasks ahead are herculean, but Dr. Nelson seems able and committed to confronting them with vision and concrete action. Is the University of Liberia en route to a renaissance?

After 157 years of existence, the university â€“ long considered Liberiaâ€™s premier center of higher learning â€“ still struggles to compete within the sub-region. It has been an insatiable craving for a renaissance since its founding as Liberia College in 1862. But this golden moment is yet to come.

Access to the internet in this web-connected age remains a luxury for students, even as the university celebrates its historic Centennial Commencement Convocation on December 12, 2019. The prolonged challenges, attributable largely to resource constraints, have placed Liberiaâ€™s cradle of national leadership and intellectualism in a tight spot to provide quality academic services amid growing demands for higher education.

Although the university is the second oldest in West Africa, its academic facilities, especially the learning environment, remain by far the poorest among publicly funded universities in this region. A US$200,000 reduction in the universityâ€™s annual budget this 2019-2020 fiscal year suggests a new layer of challenges has been added. From US$16.2 million last fiscal year to US$16 million this fiscal year, the university is simply struggling to make ends meet.

Consider that the university has:

It is time to reposition the University of Liberia en route to its renaissance.

But getting there will be tough amid current economic challenges and governments near insolvency. However, with a bold vision, married to action, a glorious reawakening is both possible and attainable. I believe the latest choice for the institutionâ€™s president is well-positioned to usher the university into that era of renaissance.

As a scholar, a longtime professor at the university, a prelate and a prominent leader of society, Dr. Nelson has what it takes to drive this dream and build a strong team for a better institution. His presidency represents a badly needed catalyst of change.

Dr. Nelsonâ€™s recent appointment appears to have revived lost hope in many quarters of the university and introduced a renewed sense of dynamism across every stratum. It has cleared a path towards a more proactive, people-centered and transformative leadership.

The outpouring of support for his presidency from students, faculty members and support staff exceeds any I have witnessed in recent history and represents an irrefutable testament of the impeccable legacy and sagacity of his previous role as dean and vice president for student affairs. Dr. Nelson is indeed a catalyst of renewed aspiration who will propel the university to sustained improvement.

Why I think so?

With needed budgetary support from the national government, Dr. Nelson could turn things around because he possesses these qualities:

The indelible and industrious marks of Dr. Julius S. Nelson are not only ingrained in the universityâ€™s chronicle but other institutionsâ€™ including the United Methodist University. As a visionary leader, he led a number of reforms at UMU and the University of Liberia while serving as dean and vice president for student affairs.

Dr. Nelson is not a stranger to the university. He understands what it takes to overhaul and give it a new look. His connect with the people is strong as a result of his high-impact abilities to engage and promote development through collectivism, dialogue, and mutual respect. As an administrator, he is charismatic and transformational. His outstanding service to the institution, in a number of administrative capacities for 12 years, puts him a better position to ignite genuine change.

As a longtime disciplinarian, a revered cleric, and an acclaimed administrator, Dr. Nelson has what it takes to engender continued engagements and improved rapport with all stakeholders in order to guarantee a disciplined and tranquil academic environment that inspires excellence and meritocracy. As a family man, he is married to Dr. Muriel Victoria Goodridge Nelson and their union is blessed with seven biological children.

Dr. Nelson has spent most of his life serving public and private institutions. He has managed thousands of people through servant-leadership. Everywhere he served, his history is replete with accountability, integrity, humility, and milestone. He is a man of valor and vision. Since 2007, Dr. Nelson has served the University of Liberia in a number of administrative capacities including dean and vice president for student affairs, associate professor of moral philosophy and ethics, and chairman of the Department of Philosophy.

It is a fact that Dr. Nelson has a strong link abroad and in-country. He has worked and studied abroad; similarly in Liberia. His leadership will attract support from everywhere to make the university a better learning environment.

With these unique qualities plus more being possessed by Dr. Julius Julukon Sarwolo Nelson, the state-run university is en route to Renaissance. But this milestone is only possible if the Government of Liberia fully supports Dr. Nelsonâ€™s leadership through increased budgetary support.

Therefore, I recommend that the government and the university take the following actions to help advance quality education and a safe and conducive learning environment:

To achieve all of these, a small team of technocrats must be set up to brainstorm and help guide the rollout of a strategic plan that is both realistic and feasible in the context of the universityâ€™s vision and resource constraints. Beyond this end, increased budgetary support from the government could fulfill these worthwhile interventions.

The university can truly become the Light in Darkness that its founders dreamt it to be â€“ beaming the light of knowledge and enlightenment across Liberia and the continent. If Dr. Nelson is given the required support, especially financial, nothing can conceivably stand in the way of success.

Featured photo courtesy of the University of Liberia

Sharing
Tags Julius Nelson, University of Liberia
Contributions to The Bush Chicken are not tax deductible.