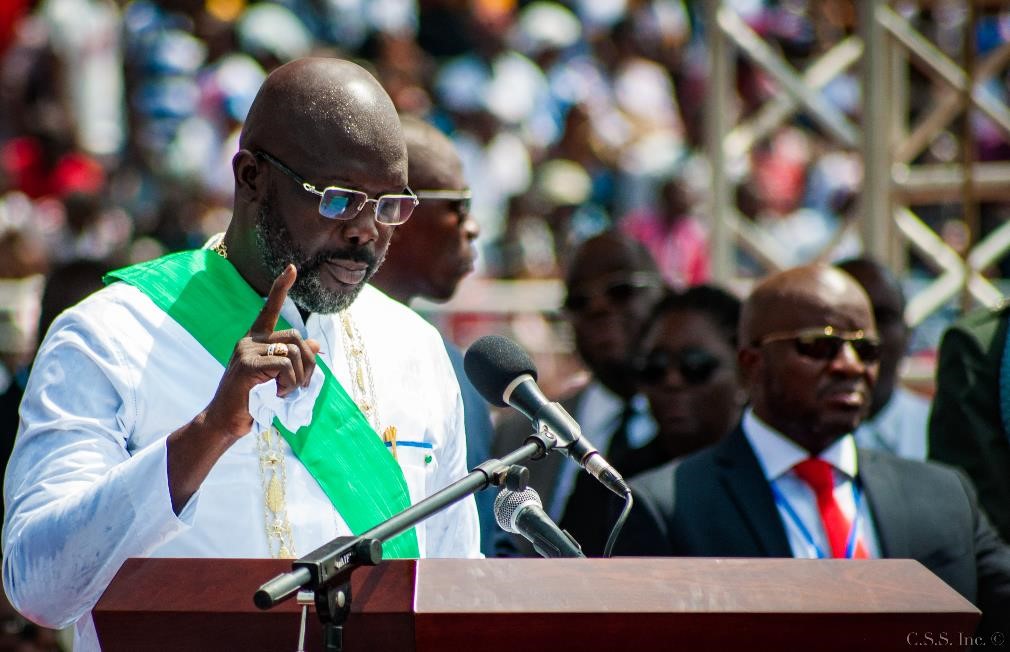 President Weah has made a pro-poor agenda a centerpiece of his governing policy. His vision helped get him elected and was highlighted in his inaugural address earlier this year. He immediately cut his own salary by 25 percent and has called on other government officials to follow his lead. These are all feel-good measures that set the stage for the heavier task of adopting a pro-poor agenda.

So, what exactly does this mean? What is a pro-poor agenda? If youâ€™re living in abject poverty, illiterate, and donâ€™t know where your next meal will come from, it might be hard to get behind a concept that stresses â€œmacroeconomic stability.â€œ

In fact, thereâ€™s been a lot of confusion and misinterpretations in Liberia about this very topic. In June, about 200 chiefs underwent a three-day training to learn about the pro-poor agenda, how it will impact rural communities, and their expected roles.

Hereâ€™s what a pro-poor agenda is not: a handout, nor is it a quick fix. Itâ€™s a much broader approach to stimulate economic growth to benefit poor people. These pro-poor policies tend to be aimed at poverty reduction, or as the Civil Society Partnership Program puts it, â€œThe aim of pro-poor policies is to improve the assets and capabilities of the poor.â€

In his September 2018 address at the at the 73rd Session of the United Nations General Assembly in New York, President Weah explained his pro-poor agenda as follows:

It is a policy framework that gives priority to the alleviation of poverty, with the core objective and focus to reduce the marginalization of the most vulnerable, whilst at the same time creating a conducive atmosphere for the middle- and upper-income Liberians to grow and prosper.

If youâ€™re expecting an immediate fix, youâ€™ll need to be patient. Building a harmonious society and improving the assets and capabilities of Liberiaâ€™s poor will take some time and productive government expenditures in infrastructure, education, health care, and youth empowerment to name a few top priorities.

The UNDPâ€™s 2018 The State of the Liberian Economy, Governance, and Social Developments report digs into the current economic challenges Liberia faces, discusses the drivers of economic transformation, and outlines a number of policy options moving forward. Itâ€™s a good primer on the basics of what a pro-poor agenda must address.

As challenging as the Liberian economy may be, there are doors of opportunity. Drivers of economic transformation include:

To reduce poverty in Liberia, the administration must set the groundwork for the private sector to grow and thrive. The conditions needed for that include a well-developed infrastructure, good roads throughout Liberia, stable macroeconomic conditions, a strong banking sector, reliable access to technology, and an educated, skilled workforce.

In May, Liberiaâ€™s Ministry of Finance and Development Planning published the National Consultation on the Pro-Poor Agenda for Prosperity and Development. This document outlines President Weahâ€™s pro-poor agenda and makes the case for change. The PAPD document acknowledges Liberiaâ€™s challenges including poor roads and power infrastructure, a challenging state of education, concerning health outcomes, low-value addition in the agriculture industry, and difficulty in doing business in Liberia.

From there, it discusses how the pro-poor agenda intends to effect change:

President Weahâ€™s vision for Liberia is bold and ambitious with a goal to improve the lives of the poor. Half of Liberiaâ€™s population is considered â€œextremely poorâ€ or â€œliving in abject povertyâ€ according to the April 2018 Liberia Institute for Statistics and Geo-information Services (LISGIS) Household Expenditure and Income Survey report.

Transforming Liberia requires the will do it. So, letâ€™s get to work.