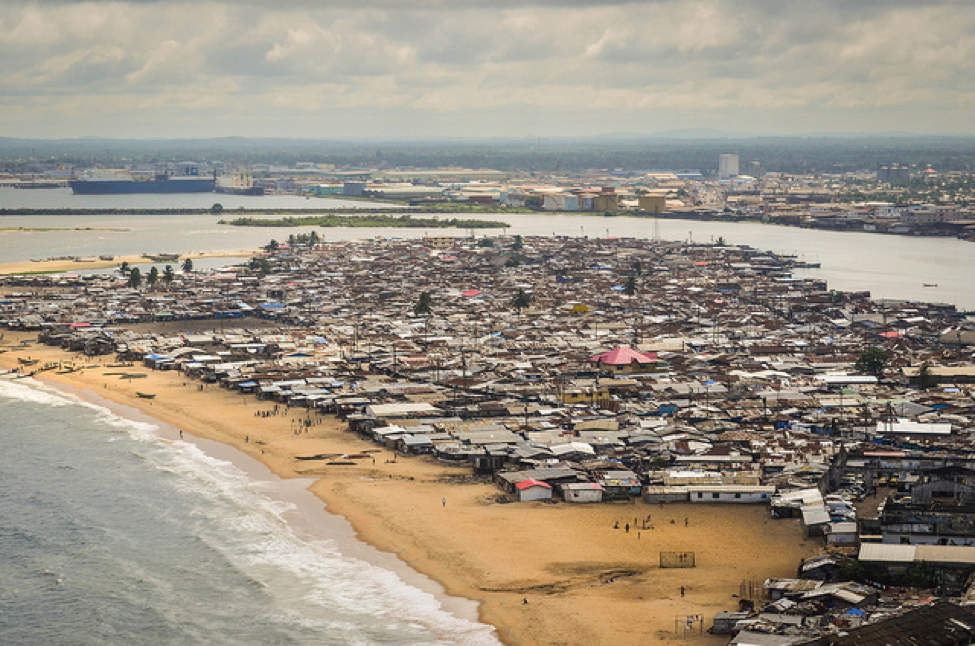 At the close of 2017, the year of political decision-making in Liberia, Liberians experienced the dawn of a new leadership which aspired to govern based on â€˜pro-poorâ€™ policies. Then President-elect George Manneh Weah, in an acceptance speech, renewed the hopes of Liberians by promising to change lives through instrumenting â€œpro-poor public governance.â€

Nearly a month later, during his inaugural address, he reemphasized this by saying, â€œI intend to construct the greatest machinery of pro-poor governance in the history of this country.â€ On the 29th, only a week later, the chief executive announced during the state of the nation address, and as part of his legislative agenda, a number of proposed reforms affecting land ownership and citizenship. He also stated his development targets of quality education, road connectivity and economic improvements.

Regarding pro-poor governance, the idea behind this, one would think, is to ensure that actions by the government end up being beneficial to the poor â€“ which by recent studies make up about 54.1 percent of the population. Without the details of this agenda being comprehensively available, like other forms of public policies, it should be grounded on academic and theoretical foundation. Thus, a brief analysis follows.

Pro-poor Growth, What Is It?

In terms of national development, pro-poor governance means shifting the fundamentals of the national economy. First, the lives of the poor are unlikely to sustainably improve without growth. This is because redistribution of already circulating resources in the economy works through taxation and charity, but not significantly enough. And so, a sustainable way to reduce poverty is to facilitate the poorâ€™s earning of additional resources that accompany growth.

Given that the economy allows for competition among actors, the poorâ€™s ability to attract additional economic gains is highly possible when their capabilities (access to the factors of production) are enhanced, which eventually increases their involvement in economic activities. This explains why growth is not often even. It either favors the non-poor largely, or the poor â€“ when targeted.

There are two widely debated definitions of pro-poor growth in policy discussions, based on academic literature. The first emphasizes distributional changes as the economy grows. For the second, â€˜what happens to poverty, when there is growthâ€™? There are associated arguments with both definitions, which, per this paperâ€™s scope, cannot be exhausted. Hence, this review considers a combination of these factors: economic growth, income inequality, and poverty reduction over the last twelve years. References are made to movements along the absolute poverty line, whilst also analyzing the shifts in income earned between decile-based categories (relative).

The Liberian economy has grown (real growth rate) on the average by 5.3 percent between 2006 and 2017, according to the IMF. Contrary to popular assumptions, this growth appears to have characters of inclusivity. According to the World Bank, Liberiaâ€™s Gini coefficient, a measure of inequality, stood at 36.5 in 2007 and fell to 33.2 by 2014. This is reflected in the rise in the income share of Liberiaâ€™s lowest quintile from 6.5 percent in 2007 to 7.8 percent in 2014.

At the same time, income share held by the top-most quintile dropped from 43.5 percent in 2007 to 41.3 percent in 2014. Liberia is the lowest in the Mano River Union region in terms of inequality. The change in the Gini coefficient favoring the poor seems to corroborate with the reported decline of about 10 percent in overall national poverty, according to the 2014 Household Income and Expenditure Survey. Pro-poor governance is a means to an end. By this, the government utilizes scarce resources to deliver services that benefit the poor most. In the current Liberian context, a pro-poor form of governance demands stabilizing recurrent expenditure and increasing investment in public capital (goods) and other social services that enhance the productive capacity of the poor.

With the 2017/2018 fiscal year budget of US$563.6 million, US$393.4 million or 69.8 percent goes to government operations (remuneration, goods, and services) while US$55.2 million or 9.8 percent goes to public sector investment programs (which is dominated by the conduct of the presidential and legislative elections and road construction).

There are two key reasons why the roughly half-a-billion dollars budget does not significantly impact the Liberian economy. Overall, capital flight estimates were put at an annual average of US$966 million for the decade between 2004 and 2013. This amount includes remittances from salaries paid to professionals and also profits earned by foreign merchants.

With families and other interests based abroad, the final economic (expenditure/investment) destination of most of the budget used on payment for salaries and goods and services was away from Liberia. Such huge amounts that should have circulated within Liberia and kept the economy liquidated was lost to international transfers.

In terms of private investment, Liberians account for a small fraction. The manufacturing sector, for example, has only 23 percent Liberian ownership, according to the Ministry of Commerce and Industry. This has caused limited returns to the Liberian economy, since on the average, the rate of return on capital is usually larger (at 5 percent) than the rate at which the economy grows (at 3 percent).

There is basically no adequate savings for most of the 75 percent of the working population who are found in government and the private sector, so their ability to invest and get returns on capital is limited. So, while the Liberian economy has grown at an average of 5.3 percent over the last 12 years, the share of growth realized by the workforce (a fair representation of the population) has been limited.

Given that about 70 percent of the Liberian workforce is in agriculture and that huge potentials for job creation exist in the sector, investments aimed at revolutionizing agriculture should be a major step in pro-poor governance.

This could be used to provide public goods (including roads) and improve smallholdersâ€™ access to capital â€“ two binding constraints to agricultural development and productivity in Liberia. As the sector lead, the Ministry of Agriculture has worked with partners to identify options to address the challenge of farmers accessing private capital. From the studies, an incentive-based risk-sharing mechanism alternates with establishing a full-fledged Agriculture Development Bank as essential to easing stress associated with commercial banks availing capital for smallholder agricultural purposes.

Whichever model is adopted, there is an unavoidable need for capitalization of said vehicle that should be private sector-managed. The government could therefore, invest an estimated US$100 million as seed funding for the mechanism or bank. This could partly come from savings of pro-poor governance practices (e.g., cuts in operational costs).

Increased investments in social development â€“ education and health â€“ will also significantly contribute to enhancing the capacity of Liberians to compete in the economy, although this route takes a much longer time.

With increased investment, production, and productivity are enhanced, and Liberia will expand in value addition for both local consumption and export. This also increases the number of jobs that will be available. According to a Tony Blair Instituteâ€™s analysis of relevant data, reports, and sector strategies, the agricultural sector could provide around 600,000 jobs over the next 12 years. Along the agricultural value chain, services of warehousing, transportation, storing, processing, marketing, and distribution will increase and then Liberians, when empowered by government-subsidized capital, will compete in providing these services.

This will create earnings in salaries and contribute to Liberians benefiting more from the overall returns on capital. Within three to five years, local production of the Liberian staples (rice and cassava) will have improved, along with other food and cash crops, livestock, and fisheries. Imports will then fall as value-added exports rise â€“ leading to enhanced balance of payment.

Another step towards empowering Liberians is to improve their rights to land ownership. As underserved as the poor are already, in terms of the two other higher-return factors of production: capital and entrepreneurship, giving them edge in the ownership of land will enhance their productive capacity and increase bargaining power when joining partnerships with other investors who bring forth capital.

To do this, it is important to pass the current Land Rights Act. This way, Liberians can, in a communal way, make a case for investment partnerships and earn higher returns on the products. They would be better positioned to compete with the dominating business class (which is largely made of foreign merchants) whose approach to sourcing wealth has been importation. With capital also accessible to them, Liberians then will lead and man, through small and medium enterprises, value chains with the greatest potentials for economic returns. Immediate Next Steps for Policy-making

Towards achieving this, a policy instrument available to President Weah is the 2018/2019 national budget. Ahead of this budget formulation, there seems to be more flexibility for reduction in recurrent cost. The president has promised to reduce his salary and benefits by 25 percent; the same is reported to be under consideration by the House of Representatives (reducing earnings which are in the tone of US$15,000 per month for each of the 73 members and hopefully their 30 counterparts in the Senate). Heads of state-owned enterprises (managing directors at the Liberia Petroleum Refining Company and the National Transit Authority) have also announced reduction in earnings.

Foreseeing a possible continued trend, either by policy dictate or â€˜following the leaderâ€™s exampleâ€™, we estimate the realization of about 25 percent savings on recurrent cost. Because salaries, goods, and services make up this portion of the budget, we acknowledge that effecting cuts in remuneration is more voluntary, given its high level of rigidity when moving downwards. Â Goods and services is largely flexible to downward shifts, making it a matter of policy.

Saved resources from effected cuts should be pooled together for additional investment in capital and social development.Â  Using the current fiscal year numbers, 25 percent of the operational costs would amount to about US$98.3 million, which could go towards financing agriculture-related (value addition) lending, farm-to-markets roads construction, and increased expenditure on health and education (with emphasis on STEM education and TVET).

More importantly, while the successor framework for the Agenda for Transformation is being developed, thereâ€™s an immediate need to develop a market-friendly agro-based industrial policy. This, premised on relevant sector plans, would provide for an inter-ministerial (Ministry of Agriculture, Ministry of Commerce and Industry, Ministry of Finance and Development Planning) and inter-sectorial (public, private and not-for-profit) coordination that is owned by the government and co-managed by the lead ministries.

With this cabinet-level coordination machinery, donors and partnersâ€™ support to agricultural production, market and value chain development will be aligned. Having a clear vision, strategy and efficient implementation mechanism will ensure inclusive growth that is much more pro-poor.

To accelerate growth that will favor the poor, the government, through its policies, needs to target initiatives (some of which have been proposed in this article) that increase the potentials of the poor to participate in economic activities. With targeting, a possible tradeoff may arise. There could be some opportunities for public investment that have higher economic returns but are not naturally pro-poor. Hence, there is a balance to be struck between propelling economic growth and also ensuring that it favors the poor.

Between 2006 and 2017, Liberia reportedly reduced its poverty level by about 10%. And so at 54.1%, much is yet desired; hence the pace of reduction has to be accelerated. Key approaches to accelerating economic growth, reducing inequality and enhancing Liberiansâ€™ participation in the economy revolve around investing in the people â€“ through agriculture, education, health programs and also increasing Liberiansâ€™ rights to land ownership and access to finance. Â Initiating and attracting additional investment in critical infrastructure to facilitate internal trade and add value to agro-produce to make them export-ready, complements investment in the people. Unless these things, and many more, are ensured, Liberia may continue to experience growth that will not substantially benefit the poor.