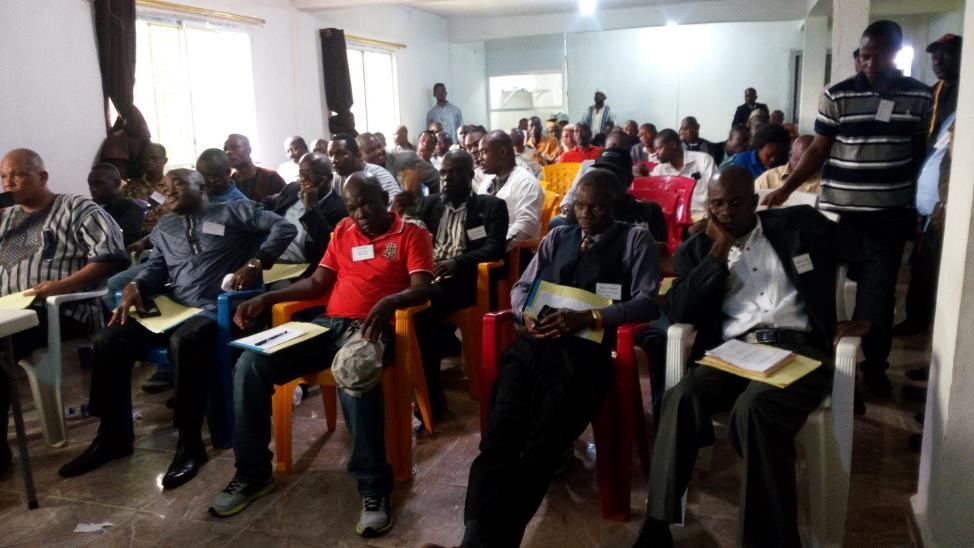 GANTA, Nimba â€“ At least 16 opposition political parties have affixed their signatures to a formal declaration for a possible coalition in the upcoming 2017 presidential election, following a one-day summit in Ganta on Saturday, September 17.

Alexander Cummings of the Alternative National Congress, George M. Weah of the Congress for Democratic Change, Charles W. Brumskine of Liberty Party, Benoni W. Urey of the All Liberian Party, and Sen. Prince Y. Johnson of the Movement for Democracy and Reconstruction were the political leaders of opposition parties present at the summit. Other opposition political parties were represented by their chairpersons, secretary generals,Â and other leaders.

The summit was ostensibly aimed at collaborating efforts to defeat the ruling Unity Party candidate in the upcoming 2017 elections for the presidency, Vice President Joseph Boakai.

Nimbaâ€™s Sen. Prince Johnson, who called for the summit, described it as the beginning of a dialogue to determine a way forward. Consequently, the parties did not agree on which political leaders they would push forward on their platform as candidates for the presidency and the vice presidency.

Instead, the political parties signing the declaration constituted a committee called the Joint Technical Committee, comprising of two members from each of the represented political parties. The committee is then expected to work within the next 60 days to carve out the details for a more detailed agreement. Sen. Prince Y. Johnson of the Movement for Democracy and Reconstruction, Benoni W. Urey of the All Liberian Party, and Alexander Cummings of the Alternative National Congress. Photo: Arrington Ballah

Below is the text of the agreement signed by the various parties:

WHEREAS, opposition political parties of Liberia gathered in the City of Ganta, Nimba County, for the purpose of evaluating and consolidating a common approach to the upcoming presidential and representative elections in 2017,

REMINDED that political parties are the constitutionally designated institutions that foster and guard our fledgling democracy,

CONCERNED about the historical menace of a de facto one-party rule and its attendant undemocratic consequences that inevitably lead to political crisis,

COGNIZANT that one of the principles of our national policy envisaged by the Constitution of Liberia is a multi-party democracy, and

DETERMINED for opposition political parties to ensure a smooth transition of power from the current ruling party of Liberia to the opposition, so that the roots of our democracy are consolidated,

Given under our hands and party seals this 17th day of September, 2016, in the City of Ganta, Nimba County, Republic of Liberia.