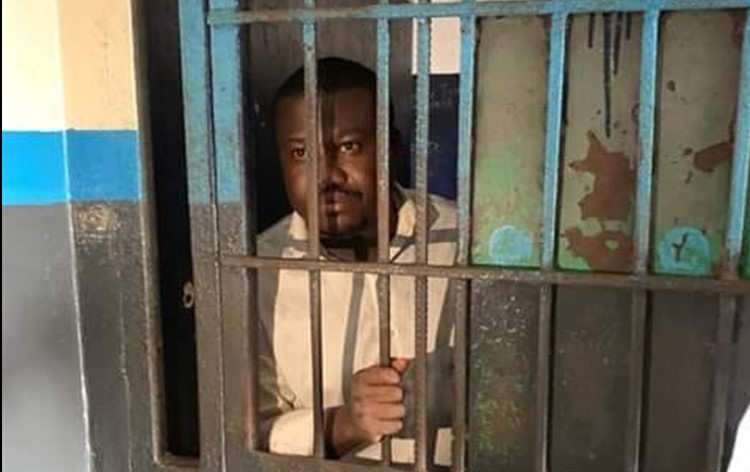 MONROVIA, Montserrado – The now-released opposition political activist Menipakei Dumoe has termed his arrest and detention by the Weah’s administration as a political witch hunt that did not go well for the government.

Dumoe, a stalwart of the Liberty Party and acting chair of the Council of Patriots, was arrested on Tuesday, May 11 for a comment he wrote on Facebook.

The comment read, “We don’t need free bags of rice. I say we the poor in Monrovia need AK47s so our leaders can take us seriously.”

He clarified in a subsequent Facebook post that his call was for citizens to not just accept free rice that the government promised to distribute. Instead, he wanted them to question the system that had them living in abject poverty. His statement, he added, should not be misunderstood as a call to violence. However, the solicitor general of Liberia, Sayma Syrenius Cephus, said the comment could undermine the peace and security of the state, and create fear among citizens.

His arrest followed an official search of his home, apparently for weapons, after the government acquired a search and seizure warrant from the Monrovia City Court, issued by Judge Jomah Jallah.

He was released on Thursday, May 14, after spending two nights in jail at the police headquarters without any charge levied against him. Human rights lawyers, including the president of the Liberia National Bar Association, Tiawan Gongloe, had also expressed concern over his arrest, terming the government’s action as illegal.

Information Minister Eugene Nagbe disclosed in a released that the minister of justice, Musa Dean ordered the release.

However, Dumoe said the government did not succeed: “I think my arrest was [a] political witch hunt that went bad. The [George] Weah administration has been exposed as a repressive government.”

He said the police had attempted to charge him with sedition but was reminded by Gongloe, who represented him during an investigation conference, that the crime was no longer on the books for Liberia.

Speech offenses in Liberia, such as sedition and criminal libel against the president, were repealed by the Kamara A. Kamara act of Press Freedom, introduced by President Weah and enacted by the 54th National Legislature in 2019.

When asked whether he would post the comment if he could go back in time, Dumoe responded in the affirmative, adding that the government is ignoring the plight of citizens, as well as squandering the country’s limited resources during this crucial point in the fight against COVID-19 and entrenched poverty.

“So, yes, if a metaphor would pressure the government, then yes, I will post it again,” he said.

He also accused Judge Jallah of not considering justice, when he issued the writ search and seizure writ, without ‘a probable cause.’

Up to Monday morning, Dumoe said the police had refused to release his properties taken away from his home at the time of the search, which includes three computers, and four mobile phones and tablets. They had provided no reason, he said.

He clarified that the 20 COVID-19 access passes found at his home were issued to him by the COVID-19 taskforce for his transportation company, TAFI.

Sharing
Tags Menipakei Dumoe
Contributions to The Bush Chicken are not tax deductible.