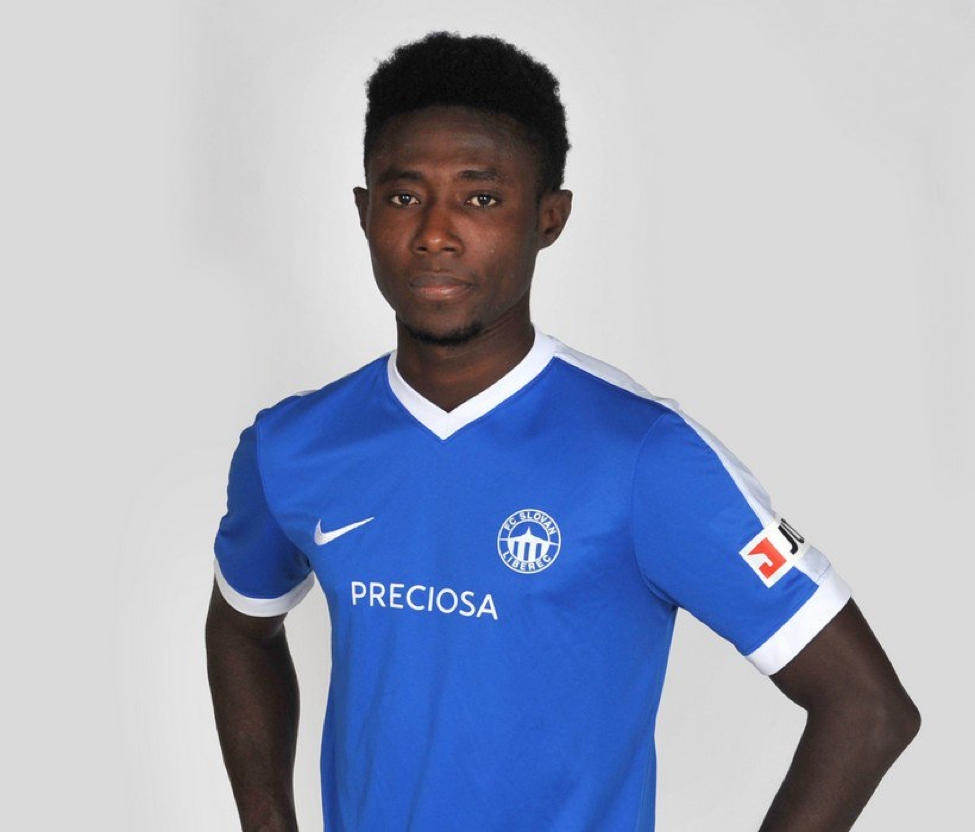 Liberian international midfielder Murphy Oscar Dorley has taken another step in his soccer career after finalizing a move to the top Czech football league.

The 19-year-old former offensive midfielder signed a deal that will keep him with Czech Liga club, Slovan Liberec, until May 2018 from Lithuanian A Lyga club FK Trakai. The club confirmed the news via their website on Tuesday, February 6.

Oscar Dorley had just ended the 2017 season with FK Trakai in Lithuania as the A Lygaâ€™s best young player and the club was hoping he would stay as they planned for the upcoming season and search for their first A Lyga championship. However, they will now have to look for different options in the midfield after Dorley made the move.

Slovan Liberec admitted that it wasnâ€™t an easy task to secure the Dorley on a short-term deal.

â€œNegotiating his arrival was not easy, however, and now there is a club agreement for a half-year-long hosting with a subsequent transfer option,â€ the club wrote.

Dorley has been on trials with Slovan Liberec since the 17th of January. He arrived at the club while on break after the first phase of the 2017-18 Czech Liga. Heâ€™s been part of several test matches for the club, where he convinced the technical staff to allow him to remain. His performances in the short time with the club impressed head coach David Holoubek, who had lots of praises for the Liberian after completing the move. Holoubek praised the diminutive midfielder for his touches on the ball and said his addition was welcome news for his team.

â€œHe is a very talented and promising young player who liked us right from the start, both in matches and in training.Â He has a first-class first touch; he can give a final pass.Â For his age, he is certainly a very interesting player for Slovan.Â In addition, he still seems to be well and kind, he is a modest boy who wants to keep moving,â€ Holoubek said, according to the clubâ€™s website.

While admitting that Dorley, who plays both as an attacker or extreme midfielder, is an extra plus for the team, the Slovan Liberec boss has urged the former Monrovia Club Breweries star man to improve on his strength.

“He certainly has to work on strength and improve in personal combat,” the coach said.

Dorley moved to Lithuania in 2016 from Monrovia Club Breweries to sign a three-and-a-half-year deal with FK Trakai. He didnâ€™t take long to adapt as he became a key member in the squad.

He helped the club qualified for the 2016-17 Europa League preliminary rounds where he set a new European record at the expense of Scottish Premier League club, St. Johnstone Football Club.

After playing to a 1-1 draw in Scotland, Trakai got a narrow 1-0 in in Lithuania where, Oscar Dorley completed seven key passes, the same number as the rest of the entire FK Trakai players combined and six attempts of tackle with a high-efficiency rate of 67 percent.

His hunger for more glory with FK Trakia remained, despite his new European record as he went on the win the best young player of the 2016-17 A Lyga.

With a move to the Czech Liga, which is currently rated as the 13th best league out of 55 leagues in Europe, itâ€™s no doubt that Dorley has taken a major step in his soccer career.