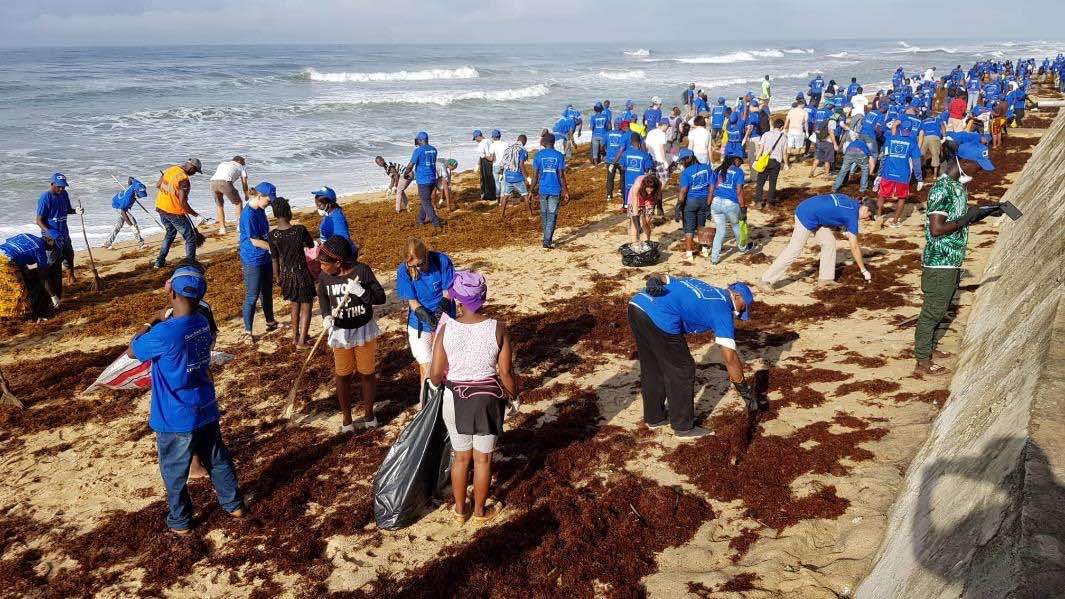 CONGO TOWN, Montserrado â€“ More than 500 volunteers showed up over the weekend to participate in a beach clean-up and awareness campaign held in Monrovia.

The event was organized by the European Union as part of its global effort to promote aÂ clean and safe environment, especially the ocean, by addressing environmental hazards, including pollution, marine litter, and waste management. Accountability Lab, the Monrovia City Corporation, and the Paynesville City Corporation collaborated with the E.U. in the exercise.

According to a press release, volunteers were mobilized from communities along the beach, community-based organizations, members of the diplomatic corps, and United Nations staff.

Volunteers covered a 1.3 kilometer stretch of the beach behind the German and Nigerian Embassies in Congo Town, removing about 300 kg of trash, including plastics and medical wastes.

The head of the political, press, and information section at the E.U. delegation to Liberia, Juan Antonio, emphasized that the task of ensuring a better, cleaner, and healthier future remains the responsibility of everyone.

Antonio also expressed hope that the event will help efforts to keep the beach clean and promote new ways of reusing and recycling plastic wastes.

â€œWe cannot reach the goals without you. The communities and each and every citizen of Liberia are crucial for supporting proper waste disposal in Liberia,â€ he said.

At the same time, the E.U. Ambassador HÃ©lÃ¨ne CavÃ© praised E.U. member countries including France, Germany, Ireland, Sweden, and the United Kingdom and community-based enterprises for their support.

CavÃ© said the contribution of the various partners was crucial to ensuring that the waste is not just going to landfills but that it can also be recycled.

â€œWe hope that you all, as consumers, will support the market by buying recycled products and less plastic,â€ she added.

The manager of the Solid Waste Department at the Monrovia City Corporation, Hafiz Sarnor, explained to residents of beach communities the risks associated with improper disposal of wastes and urged them to work with local community groups and municipal authorities to address waste management challenges as an effort to protect the environment.

The director of the Environment Division in Paynesville, Philip Biah, also stressed the need for more community involvement and ownership of efforts to keep their environment clean and safe.

Meanwhile, tools and equipment used during the exercise were handed over to the volunteers at the close of the awareness campaign to empower them to continue cleaning and maintaining their beaches.

The clean-up campaign follows commitments from the Our Ocean Conference in Malta last year where the E.U. reaffirmed its leading role on ocean governance and pledged to act to build momentum behind the global call for cleaner and safer seas.