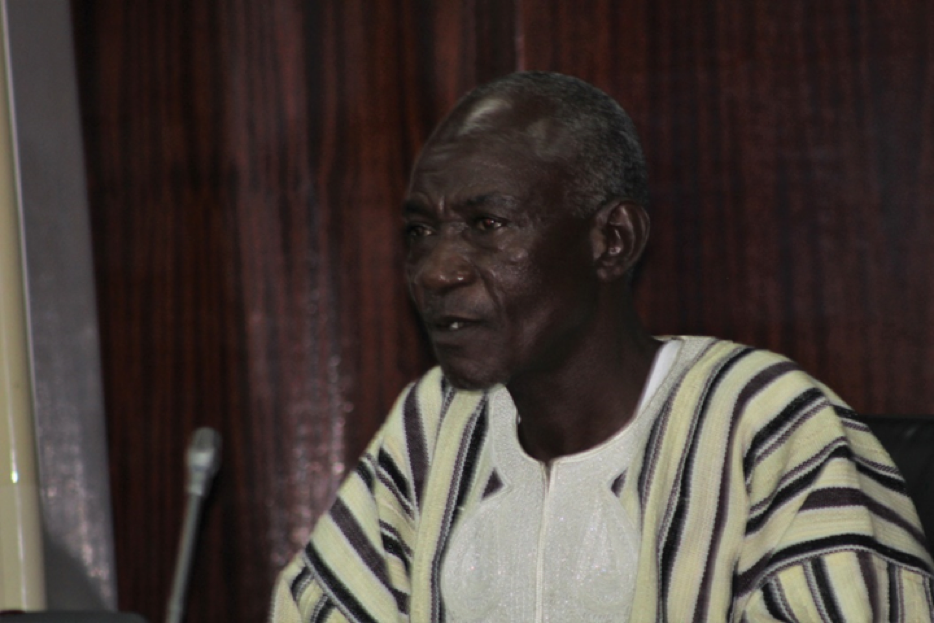 MONROVIA, Montserrado- Nimbaâ€™s eighth district representative, Larry Younquoi has called on a senator of the county, Prince Johnson to desist from making threatening statements against individuals supporting the calls for the establishment for a war crimes court in Liberia.

Yonquoi disclosed during a live radio discussion on OK FM that Senator Johnson was using the county to instill fear among Liberians over the calls for the establishment of a war crimes court.

The statement followed a series of comments by Johnson against groups and individuals calling for the establishment of a special court to prosecute individuals indicted in the Truth and Reconciliation Commissionâ€™s final report, for atrocities committed during the countryâ€™s prolonged civil war.

Johnson was one of the key players during the Liberian Civil War that lasted for about 14 years, killing an estimated 250,000 people and displacing a quarter of the population.

He headed the breakaway Independent National Patriotic Front of Liberia. During a Truth and Reconciliation Commission hearing in Monrovia, Johnson described his role in the civil war, including the brutal torture of former Liberian President Samuel K. Doe. He said his role in the war was to liberate his kin, the Dan and Mahn people of Nimba, from the brutality of the Doe regime.

Amid growing calls for the establishment of a war crimes court, the senator has continued to express his opposition to the calls. He recently disclosed that he would resist any attempt to have him arrested for prosecution by a war crimes court.

Addressing a press conference in Ganta, Johnson disclosed that individuals calling for the establishment of a war crimes court risk triggering a crisis. He also threatened that the homes of supporters of a war crimes court would be the first places to be destroyed as a result of such conflict. The Nimbaâ€™s eighth district lawmaker, however, described the senatorâ€™s comment as reckless and unfortunate, describing him as â€˜a killer and not a liberator or heroâ€™ for the county as claimed.

â€œIt is blaspheming on the part of Johnson to described himself as the â€˜godfatherâ€™ of Nimba,â€ he said

He also wondered why Johnson is now running away from the killing of former president Doe, a crime he said makes him a hero.

He also termed the senator as â€˜the wrong man in the right place. He said Johnson crossed the mark when he accused him and two other kinsmen, including human rights lawyer, Tiawan Gongloe and the countyâ€™s fifth district representative, Samuel Kogar of supporting the establishment of a war crimes court.

He vowed to affix his signature to any document that would reach him seeking the establishment of a war crimes court in the country. He wants Senator Johnson and others indicted by the TRC report must account for their roles in the countryâ€™s civil war.

According to a local journalist in the Nimba, Johnson has recently continued threatening comments that Nimbians supporting the establishment of a war crimes court, including him, Kogar, and the prominent human rights lawyer, Tiawan Gongloe.

The journalist disclosed that the senator also recently ordered officers of the Liberia National Police and his political supporters in Nimba to arrest Emmanuel Wongen, a citizen who allegedly accused him of secretly training a rebel group in Nimba.