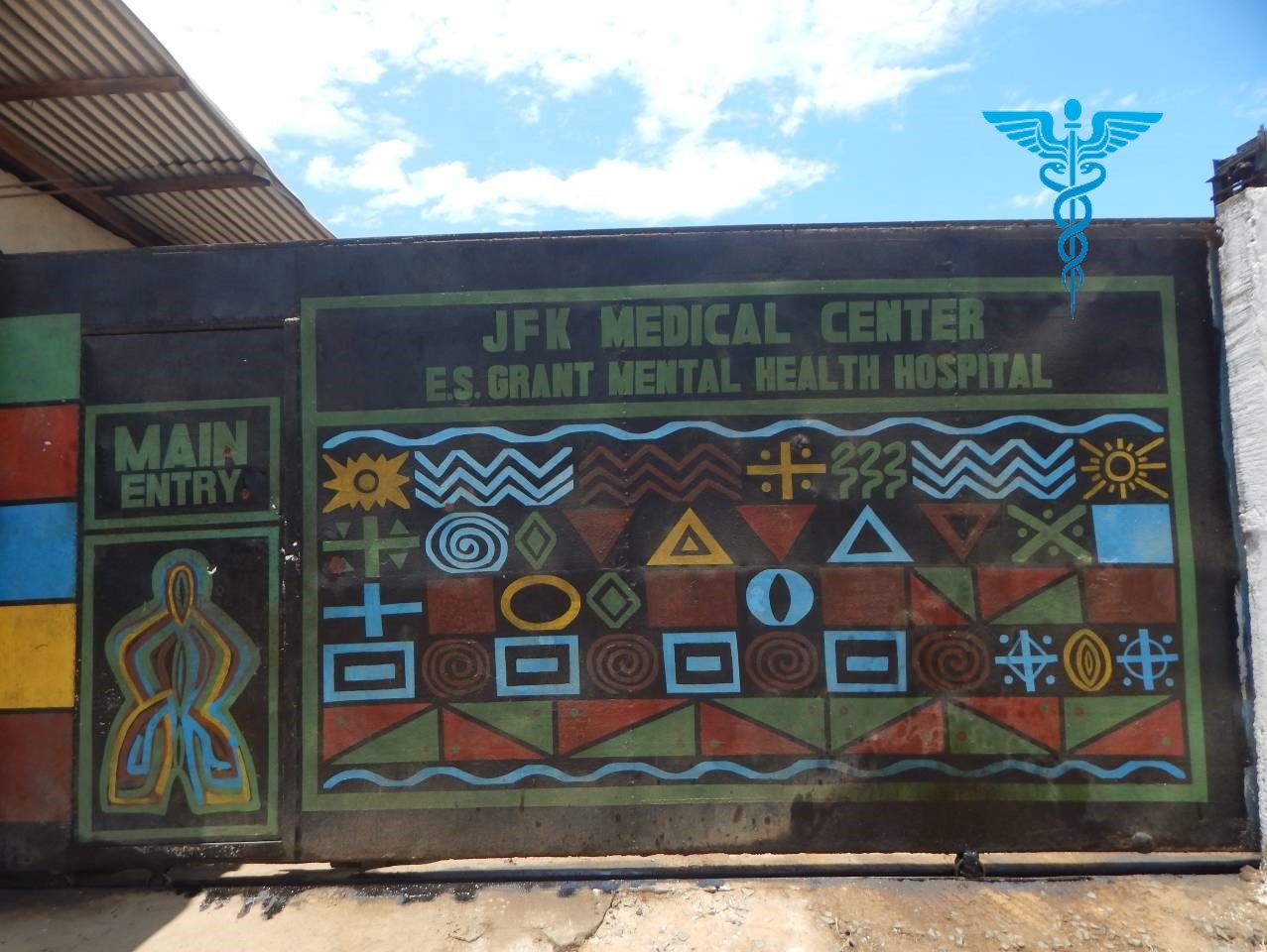 The Edward Snoh Grant Mental Health Hospital is a component of the John F. Kennedy Medical Center, which receives a direct subsidy from the government.

Mental health care issues in Liberia remain a problem since the Catherine Mills Rehabilitation Center in Paynesville was destroyed during the civil war.

During a recent visit to the facility, Mamuyan M. Cooper, the head of the mental health institution, told officials from the Ministry of Healthâ€™s Mental Health Unit and the World Health Organization of the challenges the hospital faces. Cooper first brought up the issue of limited resources. She said new patients are required to pay US$22 as a registration fee to purchase toiletries.

Besides the toiletries, the institution also does not have adequate mattresses. Cooper said this was especially problematic, considering that the hospital receives â€œ20 to 25 patientsâ€ on a daily basis.

â€œThe issue of mattresses for the patients remains a major concern,â€ she said.

The most critical of limitations is the insufficiency of drugs for patients.

â€œDrugs donated by nongovernmental organizations are given to the patients free, and they have to purchase drugs outside when the hospital runs out of supply,â€ she explained.

Consequently, insufficient medicine creates a hazardous workplace for the nurses as patients tend to become violent when there are shortages in medicine supply.

However, for those who get medicine and are discharged, relapses occur.

The limited supply of food to the hospital for patients is another serious issue. Cooper noted that quality food is served at the institution but it is not enough and patientsâ€™ relatives â€œare not allowed to bring cooked food.â€

Further, Cooper says the lack of vehicles has caused some overcrowding at the facility.

â€œThere are more than ten patients who have been discharged, but there is no vehicle at the facility to carry them home,â€ she said.

Cooper also says there is no specific system put in place at the hospital to cater specifically to children admitted to the institution.

Some of the problems that plague the E.S. Grant could be solved if the Catherine Mills Rehabilitation Center had not been encroached on by squatters, Cooper said.

She also said she hoped for speedy passage of the mental health legislation to address other major challenges.

During a tour of the hospital facilities, The Bush Chicken noticed that there were unpleasant odors in the corridors of the hospital due to the malfunctioning of some of the bathrooms and toilets.

Another peculiar issue at the hospital was the fact that male and female wards were not partitioned.

The hospital has the capacity of 80 beds but now caters to hundreds of Liberians suffering from mental illnesses.

Wvennie Mea Scott-McDonald, JFK Administrator, told The Bush Chicken that the mental health hospital is being rented by the government from the late psychiatrist Edward Snoh Grant family. However, she failed to disclose the amount government is paying for the facility.

She said the major problem faced by the government was reclaiming the property of the Catherine Mills Rehabilitation Center from squatters, where a better and larger facility could be built to address the needs of persons suffering from mental health illness.

â€œThe maintenance of the Edward Snoh Grant property and well-being of the patients is a concern, and that is why JFK lawyers are working very hard to ensure that we win the case which has been in court for a very long time,â€ Scott-McDonald noted.

According to the JFK administrator, the government is fully committed to rebuilding the Catherine Mills Rehabilitation Center although she did not say whether the money had been allocated. Scott-McDonald maintained that Edward Snoh Grant hospital was built to address the needs of in-patients and provide out-patient medication. She added that â€œthe facility is a teaching hospital for doctors, nurses, midwife and physician assistants.â€ She also admitted that two vehicles were given to the Edward Snoh Grant hospital but are currently parked at the JFK motor poll, stressing â€œwhen there is a need to pick up a patient, transportation will be made available.â€

The hospital was built in 1994. On May 10, 1999, the facility was opened and referred to as a mental health hospital.

The hospital was turned over to the Liberian government on November 1, 2001, with a Memorandum of Understanding signed by Peter Coleman, former health minister and now chairman of the Senate committee on health.

Cap Anamur, also known as German Emergency Doctors, took charge of the facility from the government in 2006 until 2010 and since then, the government has been running the Edward Snoh Grant Mental Health Hospital/Catherine Mills up until present.