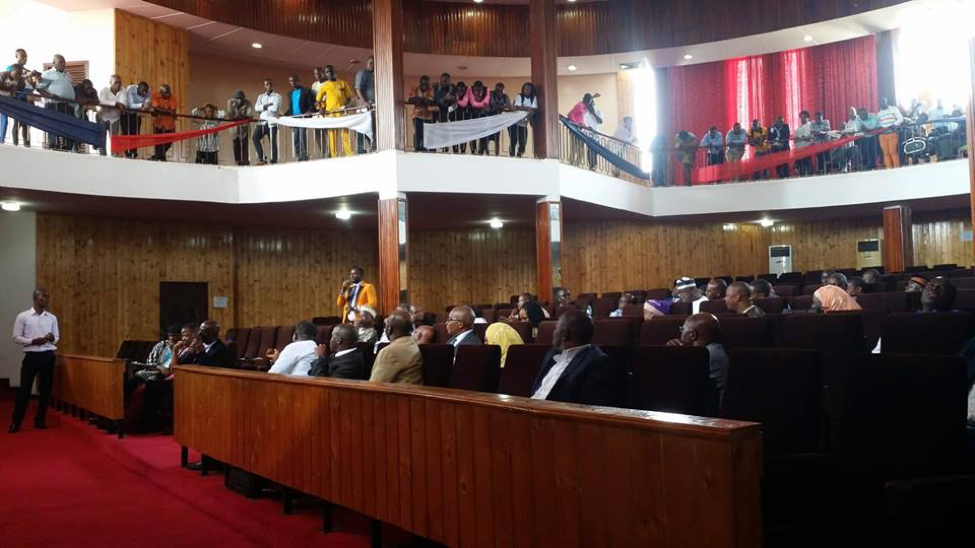 MONROVIA, Montserrado â€“ The House of Representatives has agreed to invite stakeholders involved in the printing of the alleged missing billions of Liberian dollars banknotes this Thursday, November 8, 2018.

The decision comes as result of a letter presented by Rep. Acarous Gray of Montserradoâ€™s eighth district calling for all stakeholders involved into the printing of the allegedly missing billions of Liberian dollars to appear and explain their role.

Gray said the saga of the allegedly missing billions had provoked the attention of all Liberians.

According to him, when the request was made by the Central Bank for the extra L$10 billion to be printed, 53rd National Legislature was clear in its communication mandating the Central Bank to first provide details on the printing, including denominations and features. He said the Central Bank was then supposed to return to the legislature for a decision; however, this was not the case, and the Bank went ahead to print the additional money.

â€œCBL went ahead without the authorization of the legislature to print extra money,â€ he noted, suggesting that the Central Bankâ€™s act is generating rumors that the legislature may have acted improperly.

In addition to Grayâ€™s call to invite all stakeholders, Rep. Edward Karfiah of Bongâ€™s fifth district also emphasized the need to investigate how US$25 million was infused into the economy as announced by Pres. George Weah in July.

Karfiah said even though the money was supposed to stabilize the economy, the economy has not improved.

After the deliberations, the House of Representatives agreed to invite the relevant stakeholders next Tuesday to explain the infusion of the US$25 million into the economy.

Meanwhile, the House of Representatives also decided to send a bill seeking to eliminate all tenured government positions to committee room for deliberations.

Pres. Weah had submitted the bill, arguing that individuals in tenured positions were hindering the progress of his development agenda.