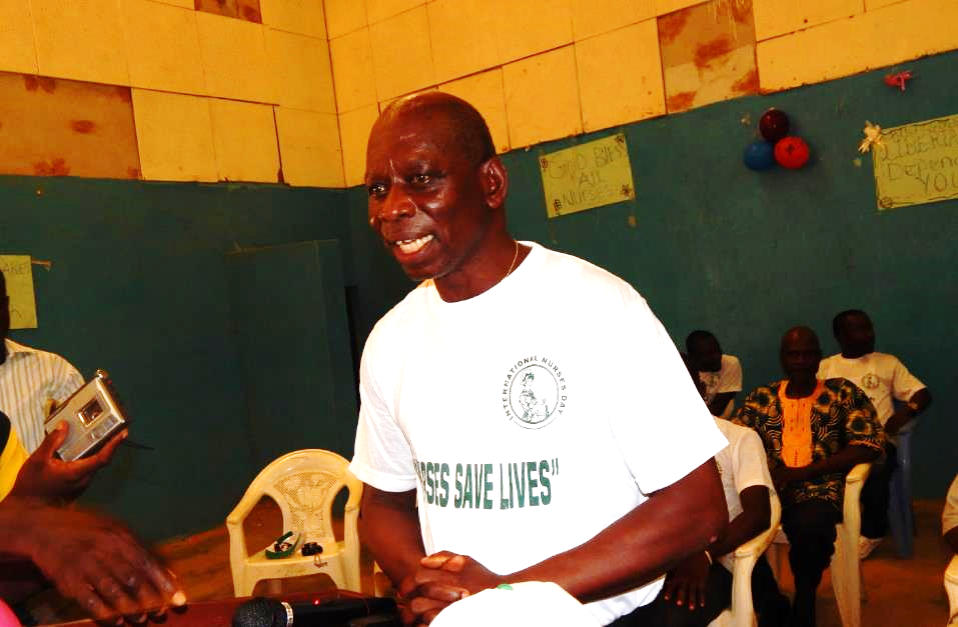 GANTA, Nimba â€“ After serving three years at the Ganta United Methodist Hospital, Patrick Mantor has retired as chief administrator of the hospital.

According to Mantor, he is fulfilling a vow he made before he took the job in February 2015.

â€œBefore I came here, I prayed about it and told God I needed to be here for three years and after that, I would leave,â€ Mantor said. â€œThis work requires so much energy and ability to do, and looking at my age now, we need somebody who will come and continue from where I stopped.â€

Mantor said for the past 20 years, he has worked as a health worker in nursing and hospital administration.

During his three-year spell at the Ganta United Methodist Hospital, Mantor oversaw the fencing of the hospital compound â€“ the first since the facility was founded in 1926. He also directed the expansion of the wards for adults and children, in addition to the expansion of the operation theater and replacing the roof of the hospitalâ€™s buildings.

Additionally, his administration was able to reinstall the sewage system of the hospital and revamp the lab. Moreover, while employeesâ€™ salaries were not raised under his administration, payments became more efficient and timely, compared to Mantorâ€™s predecessor.

Mantor said he has been building on the successes of the past. â€œWell, the mat was laid before I came, and we continue on it,â€ he said. â€œI think the major thing that we saw at the hospital was the sanitation conditions that were previously not really favorable to the hospital but which are now better.â€

Despite the many achievements over the years, Mantor said there were still some challenges including the cost of electricity at the hospital, relatively low staff salaries, and costly medical supplies needed to run the hospital.

He said if electricity and medical supply costs were handled, the hospital would be able to use fees generated from patients to pay staff a decent salary.

â€œBut what we receive from patients is what goes to the provision of electricity at the hospital, pays for medical supplies, and at the same time, we have to get [salaries] from it for workers,â€ he added. â€œAnd what we are getting from the patients is far too less for the operation of the hospital.â€

The hospital received over US$200,000 from the government last year, according to the national budget.

â€œWe provide quality and affordable health services here for our patients as a rural mission hospital â€“ no profit is realized,â€ Mantor said. â€œBut at the same time, in as much as we set our bills at the minimum level, many of the people are still not able to pay for their bills â€“ if you give them a bill of L$3,000 (US$23.80), for example, they are not able to pay that. But, they will rather come with something like L$1,000 (US$7.94); the remaining L$2,000 has to come from somewhere. We are always in a perpetual budget shortfall for salary, for general supplies, and for electricity.â€

Meanwhile, the incoming chief administrator, Allen Zumoway, has promised to complete ongoing projects initiated by Mantor and work toward improving the hospital under his watch.