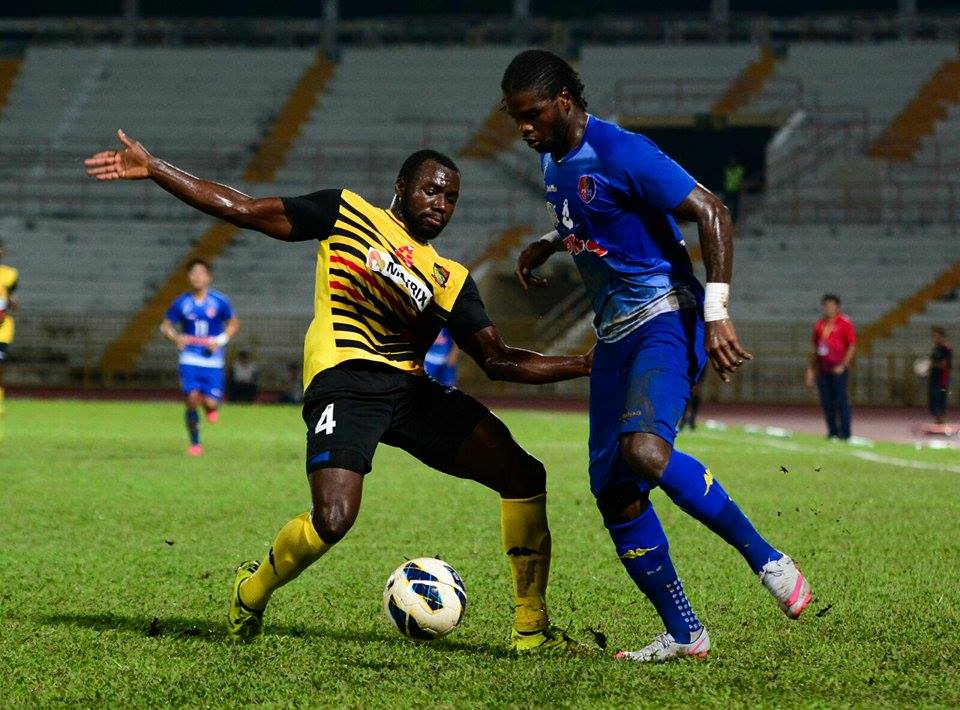 The 2015 Malaysia Cup is expected to kick off on September 11 and football fans will be watching two Liberian internationals who will be hoping they earn a silverware to climax the 2015 Malaysia football season.

Midfield maestro Zah Krangar of Super League side Felda United was drawn in the Group C, which is being referred to as the group of death. Felda United will have to battle out giants Selangor FA, Kelantan and T-Team if they are to progress to the quarter-finals of the competition. The tiny midfielder Krangar will lead Felda United when they will host T-Team in their opening match on Saturday, September 12, 2015. Elsewhere, towering striker Patrick Wleh will lead the attack force of PKNS FC who were drawn in Group D with Pahang, PRDM, and Pulau Pinang.

PKNS missed out the chance of qualifying to the Malaysia Super League after finishing fourth (4th) in the just ended Malaysia Premier League and are desperately hoping they clinch the Malaysia Cup to put smiles on the faces of their fans once again.

PKNS will play their opening match of the competition on Saturday, September 12, when they will travel away to Pulau Pinang.

Golden boot winner Francis Doe will have no part to play in the competition after his Premier League club NS Matrix were booted out in the playoffs.