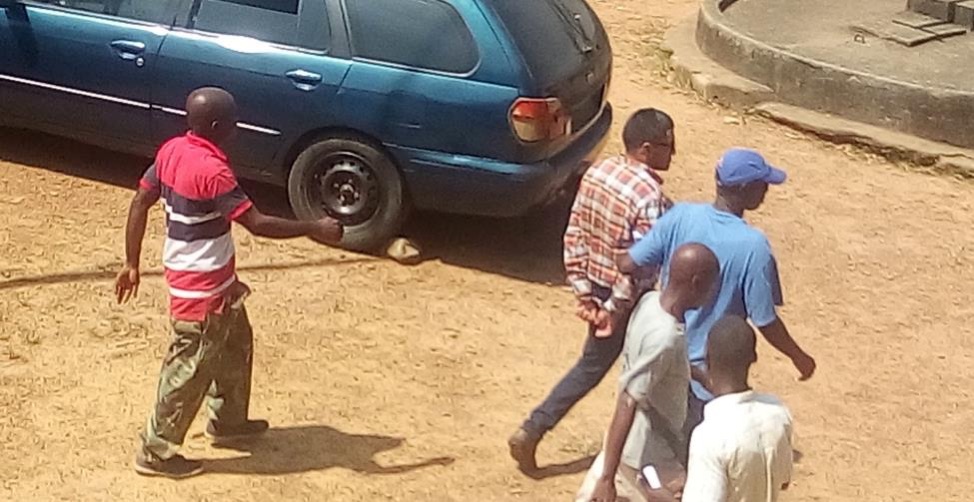 BUCHANAN, Grand Bassa â€“ The 31-year-old Peruvian who was charged with assaulting his Liberian driver, Abraham Jappah, has made his second appearance in court, agreeing to pay Jappahâ€™s medical bills and support his family while he receives medical treatment.

Joel Rodriguez Crisostomo, who is an assistant survey manager, made his initial appearance in court on January 15. On Tuesday, Crisostomo was in court again with his lawyer Frank Nimely and officials of his company UTE Elecnor Eiffage.

At the court hearing, Crisostomoâ€™s lawyer asked for a pretrial conference between Jappah and his client. The pretrial conference was held at the traffic court chamber at the Buchanan Magisterial Court. During the conference, the lawyer representing Abraham Jappah showed a photo to Judge Richard Browne and Nimely that showed that his client Jappah is still bleeding from his nose due to the incident.

“He needs to take advanced treatment. As you can see in this photo, since we left from here last Tuesday, he has been feeling severe pain, bleeding from his nose. This is serious; his health is important, and he has to seek advanced medical treatment,” Isaac Yorcee added.

After a few hours during the pretrial conference, Judge Browne granted a 45-minute break. Upon their return from the break, Crisostomo and his lawyer agreed to underwrite the cost of the medical bill at any hospital Jappah would attend and would provide financial support for the upkeep of Jappah’s family.

For the next two weeks, Jappah will receive medical treatment at any hospital of his choice while his six-member family will be supported. During this time, Crisostomo will provide two 25 kg bags of rice and US$5 a day for soup kind for Jappah’s family while he is undergoing treatment for the two weeks period.

Jappah had earlier said it costs him US$10 daily to provide food for his family, but Crisostomoâ€™s lawyer had appealed for the amount to be reduced to US$5 daily.

The case is expected to resume at the Buchanan Magisterial Court on February 5, when Jappah would have undergone his two-week treatment.

Crisostomo was sent to the Upper Buchanan Prison on January 15 but was released the next day on a US$1,500 bail filed by the Continental General and Life Insurance Company.

In a press release, TRANSCO CLSG said it respects the rule of law as well as the tenets of Liberiaâ€™s labor law and will not support any illegal action of any one of its employees or contractors.

The multinational power company aims to build and maintain interconnected power distribution lines between the states of CÃ´te dâ€™Ivoire, Liberia, Sierra Leone, and Guinea. UTE Elecnor is one of TRANSCO CLSGâ€™s contractors working in Buchanan.