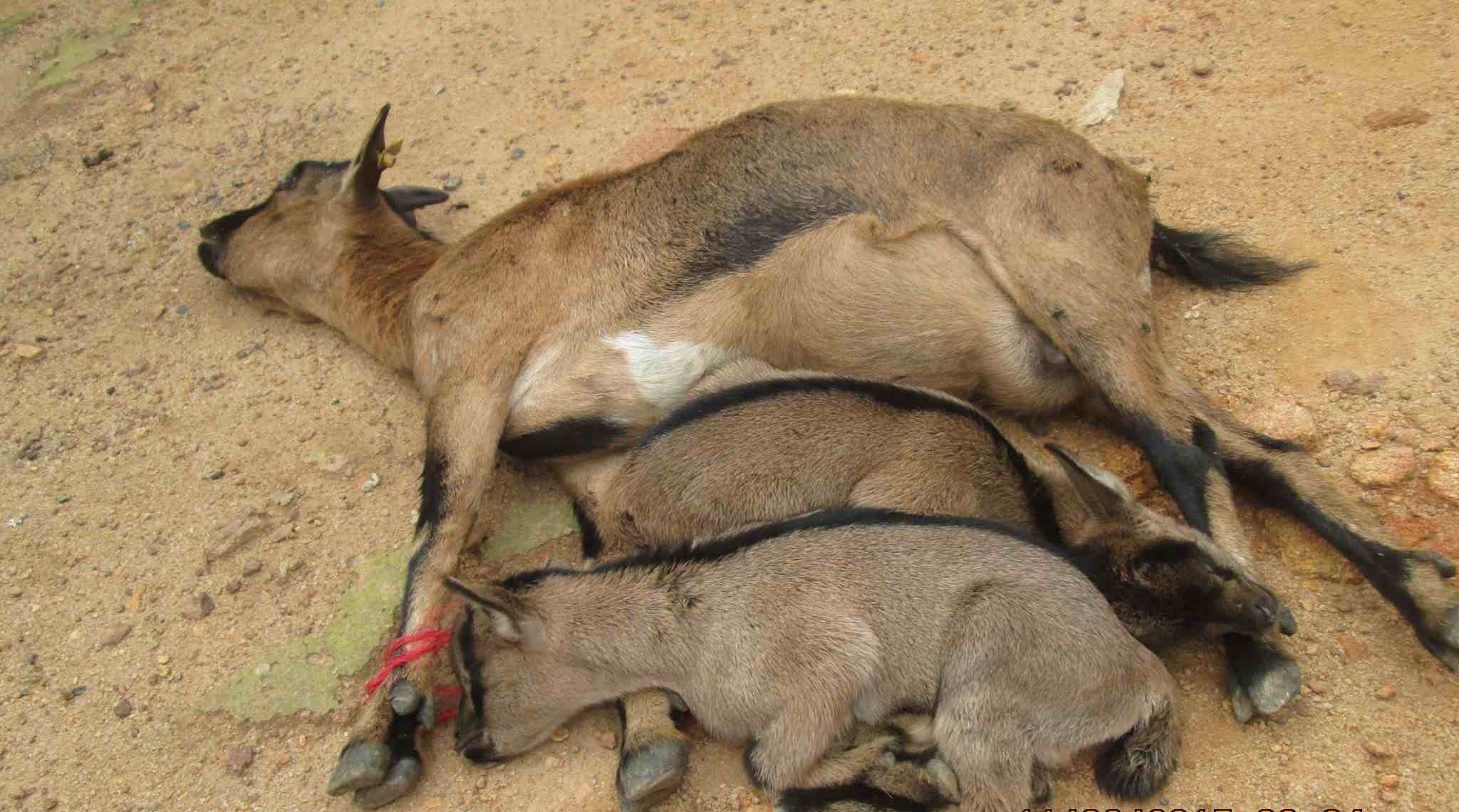 VOINJAMA, Lofa â€“ An investigation conducted by The Bush Chicken has established that scores of livestock in Lofa died from Peste des Petit Ruminants, or Ovine Rinderpest.

The disease affects goats and sheep, causing “fever, sores in the mouth, diarrhea, pneumonia, and sometimes death,” according to the World Organization for Animal Health.

They warn that “the prognosis of peste des petits ruminants is poor and death can occur within five to ten days of the onset of fever.” A sheep in Lofa that contracted the disease. Photo: Theophilus Baah

Over 1,000 farmers in Zorzor and Kolahun districts, including the towns Tenebu and Samodu, lost livestock to Peste des Petit Ruminants.

Some farmers consumed the meat of the diseased animals because of the huge expense they incurred in raising their livestock. However, according to the World Organization for Animal Health, the disease does not affect humans.

When contacted for comments, Lofaâ€™s Agriculture Coordinator Theophilus Baah confirmed The Bush Chicken investigation and said the ministry has not been providing vaccines to animals prior to the recent outbreak. According to Baah, the current animal disease does not have a specific treatment, adding, â€œsymptoms can only be treated.â€

â€œIn order to prevent the disease, the Agriculture Ministry will have to provide vaccines to the livestock at a specific time of the year,â€ Baah said.

The Agriculture Coordinator added that Liberia has never experienced the disease in the past, and stated that thus far â€œit has been reported both in Guinea and Ivory Coast.â€

â€œThe spread of the Peste des Petit disease is a result of the cross-border movement of livestock from one country to another,â€ Baah said.

He explained that in 2012, the Agriculture Ministry in collaboration with several nongovernmental organizations vaccinated livestock in both Lofa and Nimba.

Baah said it was unfortunate that some farmers refused for their animals to be vaccinated because of traditional misconceptions. â€œThe ministry is currently working in close collaboration with the Animal Division of the African Union to conduct a vaccination to all livestock in the affected areas at the end of rainy season,â€ Baah said.

The ministry cannot vaccinate the livestock during the raining season because that is the period of outbreak for the disease. â€œThe vaccination will be done in collaboration with countries bordering Liberia,â€ Baah said.

â€œThe best control method for Peste des Petit disease is to quarantine the sick animals from the well ones,â€ he said.

The ministry has asked all nongovernmental organizations in Lofa providing to halt the process of animals to farmers for restocking.

Baah said the outbreak of the disease has a high economic impact on livestock farmers.