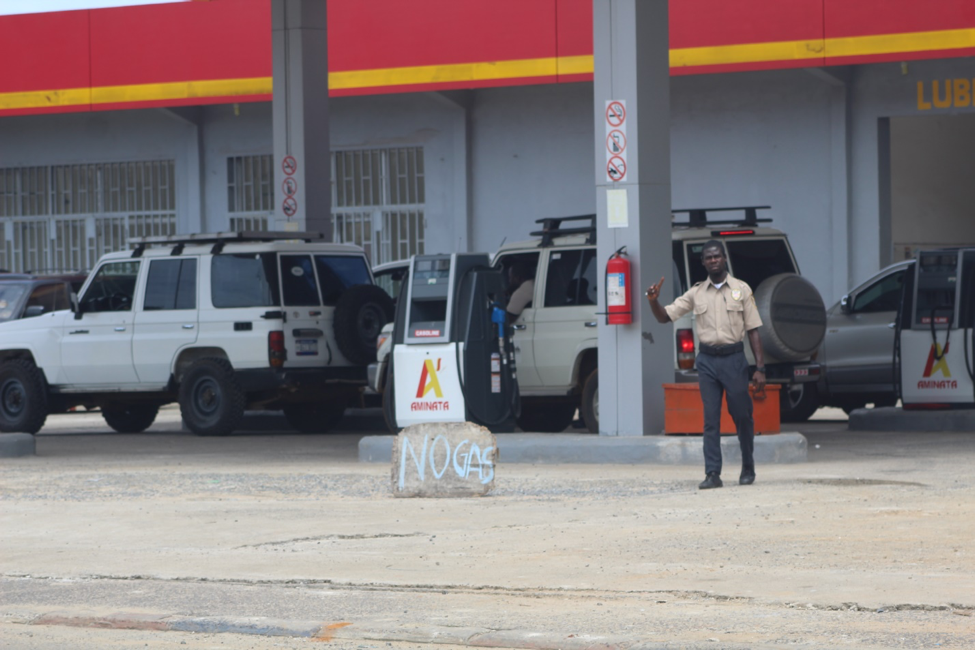 MONROVIA, Montserrado â€“ In the wake of the abrupt artificial shortage of gasoline across Monrovia, some major retailers were rejecting Liberian dollars. An investigation conducted by The Bush Chicken found that the companiesâ€™ retail filling stations were only accepting coupons and United States dollars earlier on Tuesday, October 30.

A private security guard assigned at one of Aminataâ€™s retail depots in Monrovia was seen informing commercial taxi drivers about the new measure, amid the shortage of gasoline.

Visits to several filling stations across the city also helped to establish that gasoline was being sold only to private vehicles with thumb cards, government, and commercial vehicles with coupons, and those purchasing in U.S. dollars.

The action of the petroleum retailers to restrict the sales of gasoline to commercial drivers has led to modest increases in transportation fares around town. An authorized gas coupon of Aminata and Sons; photo by Zeze Ballah

Even along the highway between Monrovia and Ganta on Monday, commercial drivers were being restricted to purchase at most three gallons at a Total gas station in the Omega community.

A pump attendant at the station who spoke to The Bush Chicken anonymously said the stationâ€™s management instructed them to do so, without explanation. Another pump attendant accepted a bribe from taxi drivers to increase their purchase levels, prompting a heated exchange of words between him and other attendants.

David Jallah, a commercial taxi driver in Monrovia, told The Bush Chicken that he now purchases gasoline from street retailers selling in jars for L$630 (US$4.20) because it means he does not have to wait in queues for long hours to purchase from official filling stations.

He said it was frustrating that his passengers were always blaming drivers for the increase in fares, without understanding the underlying cause.

â€œI do not understand what is actually going on between the government and petroleum products importers, but the government must do something immediately to remedy the situation,â€ he said.

When contacted, Commerce Ministry Communication Director, Mitchell Jones promised that the ministry would release an official statement on Tuesday. During the evening hours, filling stations belonging to Total that had been out of gasoline for several days began receiving supplies. Late Tuesday night, the government announced that the price for a gallon of gasoline had increased from L$540 (US$3.55) to L$580 (US$3.70).

The Bush Chicken had previously reported that the artificial scarcity of petroleum products began on Sunday, October 21. It appeared connected to efforts by the major petroleum retailers to pressure the government to increase the ceiling on gas prices, as they said they were facing financial troubles due to the governmentâ€™s previous reduction of the price of those products.