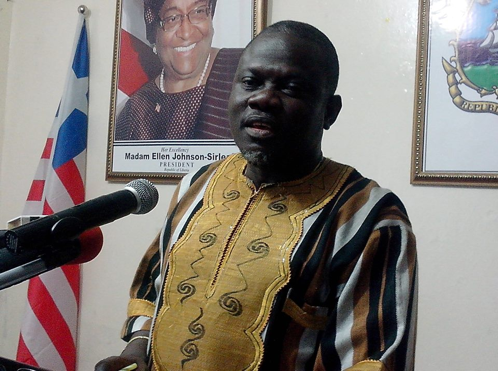 MONROVIA, Montserrado â€“ Â Presidential Spokesperson Jerolimek Piah has disclosed to The Bush Chicken that President Ellen Johnson Sirleafâ€™s current trip to the United States of America is private and not official, as was initially reported by the Executive Mansion.

An Executive Mansion release dated Thursday, May 26 said the Liberian leader departed the country for official visits to the United States of America, Senegal and the State of Israel.

The release noted Sirleaf would be away from May 26 to June 10, adding, â€œthe first leg of her official visit takes her to the United States, thereafter she will proceed to Dakar, Senegal to attend the ECOWAS Summit of Heads of State and Government.â€

The Executive Mansion release added that the final leg of the presidentâ€™s visit would take her to Israel where she will have the opportunity to meet Israeli authorities on â€œcrucial matters of bilateral concern.â€

However, acting on a tip from a source within the Executive Mansion, The Bush Chicken found that the president’s granddaughter, Amina Sirleaf, who attends DeLand High School in Florida, graduated onÂ May 28, 2016.

The Daytona Beach News-Journal confirmed that the president did attend the ceremony.

Amina Sirleaf’s name has previously appeared in US news reports for her work with the MacDella Cooper Foundation and in recognition ofÂ her grandmother’s two election victories.

The source within the Executive Mansion, who would only speak on condition of anonymity, was concerned about the potential misuse of government funds by classifying the presidentâ€™s US trip as official.

When contacted via mobile phone about who was paying for Sirleafâ€™s trip to the United States, Piah did not directly answer the question but suggested that the president was funding the trip herself.

â€œIf the president goes on a private visit, you donâ€™t know who pays for it?â€ Piah responded. â€œIâ€™m a press secretary to the president. If I travel to Ghana today, [is it] the government that’s going to pay for me?â€

The Bush Chicken has yet to independently verify Piah assertions that the president paid for the US leg of the trip.