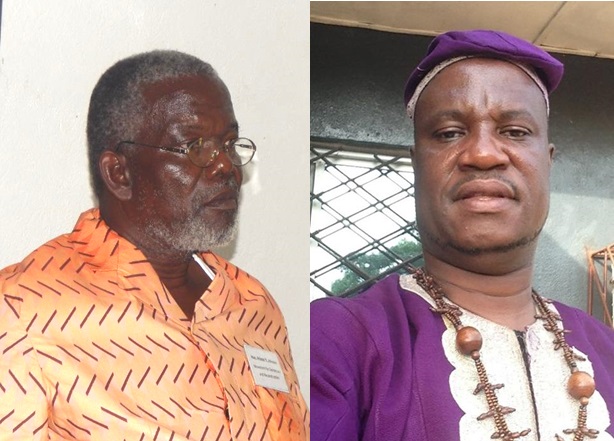 GBEI-VONWEA, Nimba â€“ A peace talk planned by the Buuyao Peace Initiative Committee to foster reconciliation between Nimbaâ€™s Sen. Prince Y. Johnson and Rep. Samuel Kogar of Nimbaâ€™s fifth district has suffered a setback after Johnson said he did not receive a formal invitation.

Both Johnson and Kogar hail from Buuyao District and citizens have been concerned about the public quarrels between their two statesmen.

Kogar was first elected to his current post in 2011 on Johnsonâ€™s former party, the National Union for Democratic Progress. He was re-elected on October 10 on the ticket of the Peopleâ€™s Unification Party, after falling out of favor with his former political leader.

In November 2017, Kogar complained that Johnson was threatening his life, although Wilfred Bangura, spokesman for Johnson, denied the claims.

According to the organizers, the peace talk was planned to have the two lawmakers reconcile. They feared that if such disunity continued, it could hinder the developmental agenda of the district and the county.

Citizens and elders of the district were invited to the three-day event, which was to be held in the town of Gbei-Vonwea, Tweh River District.

However, Johnson failed to show up, saying that he was not officially sent an invitation.

â€œThere was no communication transmitted to me,â€ Johnson said. â€œYou cannot go to any place of that kind, just because somebody took telephone to say, â€˜Yâ€™all come here.â€™ I was not informed.â€

However, while Johnson said he was willing to participate in the meeting if properly invited, he doubts that the meeting would solve the problem.

â€œBut the man is still the same man. He has a boy in his office who is always insulting me, putting negative things about me on the internet and if Samuel Kogar, the honorable man is not remorseful â€“ is not repentant â€“ heâ€™s not feeling sorry for all the insults he has been giving meâ€¦ then, how do I go there?â€

Johnson said while the role of the elders was appreciated, Kogar needs to take the lead. However, the senator said he has no alternative but to adhere to the will of the people who have chosen him to lead.