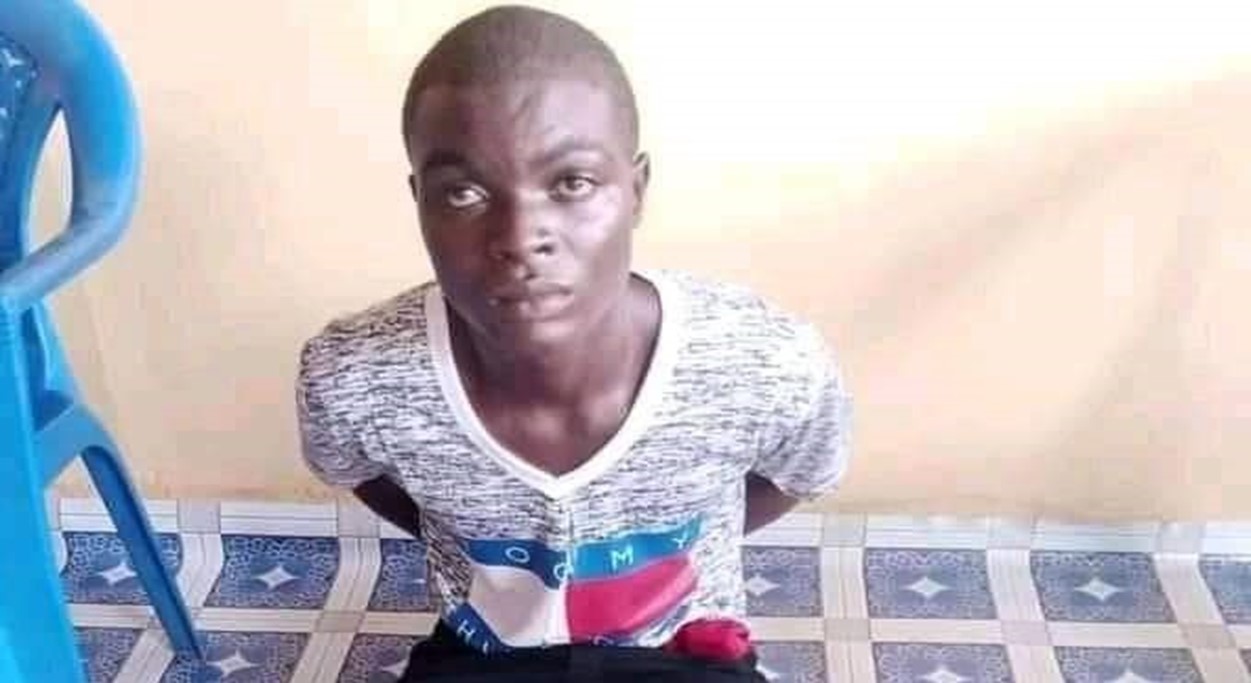 PLEEBO, Maryland – The Liberia National Police has announced the arrest of 28-year-old Roland Appleton and two others for their alleged involvement in the gruesome murder of Mordecial Nyemah, a commercial motorcyclist who was a 12th-grade student at Pleebo High School.

According to the police, Appleton was arrested in Sinoe by security officers following a manhunt. Police had previously arrested 18-year-old Moses Malmah in what is being suspected as a ritualistic killing.

In a confession to police recorded on video, Malmah accused Appleton, also known as ‘Open Zipper,’ of extracting the ears, fingers, and blood from Nyemah’s corpse after the motorcyclist was murdered along the Maryland-Grand Kru highway in Gbolobo-Bessiken, Pleebo Sodoken Statutory District.

Police Inspector General Patrick Sudue held a town hall meeting with Maryland residents on April 6, where he disclosed that Appleton was arrested along with two others who Malmah named. Francis Clarke and Daniel Wesseh were the other men arrested in connection to the murder.

Sudue added that the three men were arrested at separate locations in southeastern Liberia.

Malmah had accused Clarke of receiving L$7,000 (US$40.46) to convince police to conceal information about the murder. Police added that Wesseh, who was arrested in River Gee, was the one who hired the killers.

Although Sudue said authorities would ensure that the men face justice, he condemned the wave of vandalizing and destruction of private and public properties that followed Nyemah’s death.

“All those connected to the destruction will be arrested and brought to justice just as we have arrested the alleged murderers,” he said.

The police head asked Liberians to channel their grievances through the proper means.

“Talk to the youth to stay away from violence when they are hurt,” he added. “Why always Maryland County? This is not good for your county, and we all must work together to put an end to the reoccurrence of both gruesome murder and destruction.”

In Monrovia, police spokesman Moses Carter later announced that seven inmates who escaped from the Harper Central Prison after angry protesters vandalized the prison had been re-arrested and placed behind bars. Carter also noted that police had also arrested 25 rioters who had damaged properties.

Richlue Morlue, the executive director of Maryland-based Peace Liberia, welcomed the arrest of the rioters.

“I want our people to trust the justice system when they have issues – especially the young people,” Morlue said. “Taking the law into your own hands is not the way to handle any problem.”

Morlue stressed the need for more police to be deployed in Maryland to strengthen the county’s security.

He thanked the police boss for soliciting tips from the public and using that information to re-arrest inmates who had escaped from the prison and catch the culprits responsible for destroying properties in Pleebo and Harper.

Sharing
Tags ritualistic killing
Contributions to The Bush Chicken are not tax deductible.