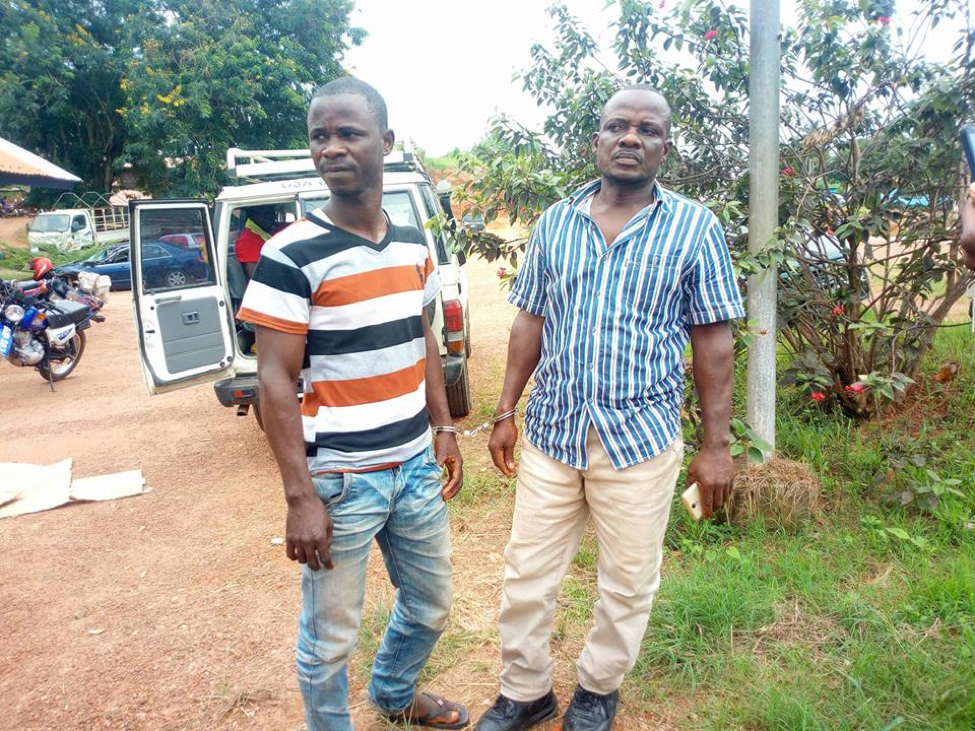 GBARNGA, Bong â€“ Police in Gbarnga have arrested two members of a presidential taskforce established to retrieve vehicles from former government officials. Police allege that the two men tried to sell three of those government vehicles that were retrieved in Bong.

Swinny Diakpo, 32, who said he was a logistician for the taskforce, and Dickson Anani, 48, a field agent of the taskforce, were arrested in Gbarnga on Monday when police received a tip-off, according to Bongâ€™s police superintendent Frederick Nepay.

In March, President George Weah set up a presidential taskforce to retrieve government vehicles from past officials of the Ellen Johnson Sirleaf led government who refused to turn over their assigned vehicles after leaving government. The taskforce was necessary because the government does not have a proper tracking system in place for its vehicles.

Nepay said the two men had told police that the head of the taskforce sent them to Gbarnga to take the vehicles to Monrovia. When the two took delivery of the vehicles and carried them to a local garage for mechanical services, he said the police later received intelligence from the General Services Agency that Diakpo and Anani had earlier arranged with a GSA officer purporting to be a businessman to purchase the vehicles.

A GSA security personnel, Varney Kamara, told The Bush Chicken that Diakpo and Anani were in constant communication with his colleague who was purporting to be a buyer for the vehicles. â€œWe had a tipoff that these guys working with the taskforce wanted to sell some government vehicles. So we planted one of our men as a buyer,â€ Kamara said.

Meanwhile, Dickson Anani and Swinny Diakpo provided different accounts about their alleged involvement with the illegal sale of the vehicles.

As for Anani, he denied any involvement in attempting to sell vehicles: â€œI was informed by this my boss, Swinny Diakpo, that our chairman instructed him to come and take stock of the vehicles. And that is how I came with him to Gbarnga.â€ One of the vehicles Anani and Diakpo attempted allegedly selling. Photo: Moses Bailey.

For Diakpo, he said he wanted to expose a senior employee of the General Services Agency, whom he claimed had been illegally buying retrieved vehicles.

â€œThere is a guy who works in GSA; he did some clandestine acts before and we booked him. We have that record on him. He is the same person who wants to put us in this problem, telling us he wants to buy cars,â€ Diakpo said.

Diakpo said he wanted to take the cars to Monrovia and call the GSA personnel who he claimed wanted to purchase the cars so that he could get the police to arrest him.

The police charged Diakpo and Anani with theft of property and forwarded them to Monrovia for prosecution.

Nine vehicles retrieved by the presidential taskforce from officials in Bong are still in the county even though the taskforce has been dissolved. One of the vehicles Anani and Diakpo attempted allegedly selling. Photo: Moses Bailey.