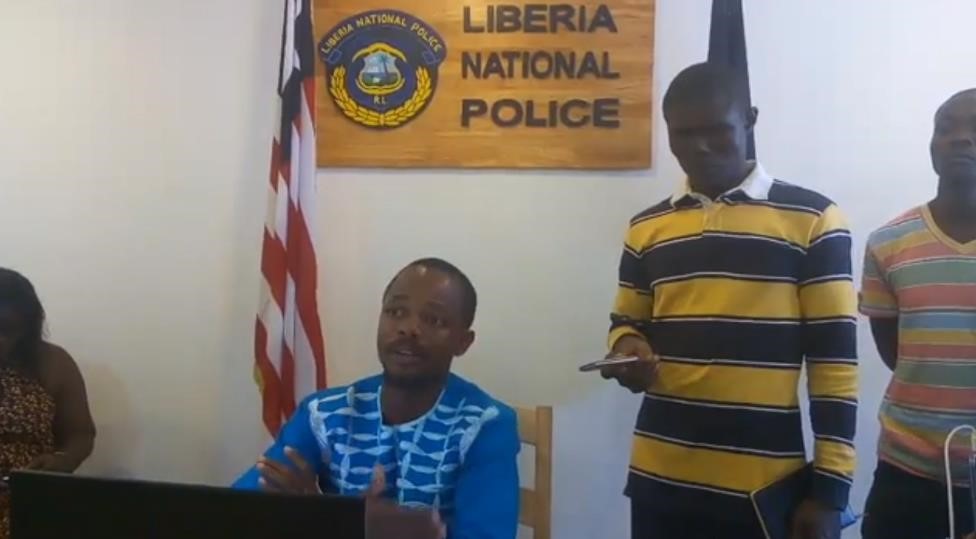 MONROVIA, Montserrado â€“ The Liberia National Police says it has arrested a prime suspect in connection to the alleged murder of Super FM journalist Tyron Brown.

Carter said Williams was arrested on Friday morning at his home in Paynesvilleâ€™s Duport Road community following a preliminary investigation of the suspectâ€™s relatives.

He said the suspect is currently undergoing further interrogation by police investigators to substantiate circumstances that led to Brownâ€™s death.

â€œThe suspect has been very cooperative. Heâ€™s admitted to the commission of the act, and heâ€™s explained to us circumstances that led to the death of this Liberian journalist,â€ he said.

According to the police spokesman, the suspect told investigators that around 9:00 p.m. on Sunday, a relative who stays with him alarmed that an unknown individual was knocking at his gate. The suspect said the journalist refused to reveal his identity, which Williams said made him suspect Brown of being an armed robber.

â€œJonathan Williams, according to the testimonies, came out with a knife and asked journalist Brown, â€˜Who did you come to see,â€™ and he said the journalist replied that he didnâ€™t come to see anyone,â€ the police spokesperson said. He added that a confrontation between the two occurred because Williams said Brown refused to leave his compound.

The murder suspect told police that he committed the act in self-defense. He also admitted taking the corpse of the journalist in his vehicle and disposing it at a location that could allow people see and identify him.

Since the police arrest, there have been mixed reactions on Facebook, with some suggesting that suspect was giving a false account of the incident and that he may have been paid to commit the act.

Talk show host, Henry Costa, however, posted on his page that he believes Williams committed the act out of his temperament. Costa identified the suspect as a permanent U.S. resident who had a â€œvery well-paying jobâ€ with a World Bank project in Liberia.

â€œHe is not a guy likely to be hired to murder someone. He leads a good life,â€ he noted.

The Super FM journalist was on Monday morning discovered dead in Duport Road with physical injuries on his body. The police announced that it would do everything possible to arrest anyone linked to the death.