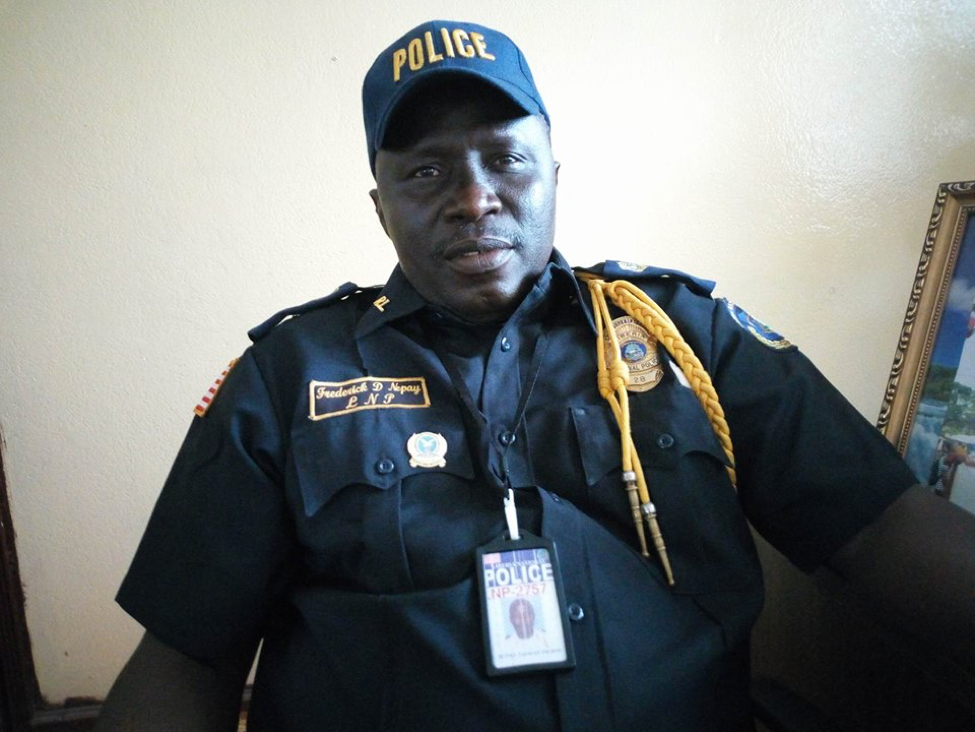 GBARNGA, Bong â€“ Police have arrested two men in connection with the death of Angeline Kolleh, 29, whose decomposed body was recently found in the Sugar Hill Community in Gbarnga.

The arrested men include Washington Turburyei, 19, and Junior Williams, Jr., 37.

In an interview with The Bush Chicken at the headquarters of the police in Gbarnga on Monday, Turburyei admitted to his involvement in the murder but noted that it was Williams who did the actual killing.

Turburyei claims that Williams forced him to help hide the body and clean the room where the killing occurred. â€œI came from the road, [and] as soon as I entered the house, I saw Junior [had] finished killing Angeline,â€ Turburyei said. Â â€œHe had the knife and threatened to kill me if I [told] anyone.â€

Turburyei revealed that he helped Williams to transport the body from the room to a nearby bush and wiped the blood from the floor in the room.

â€œSince that time, I have been afraid to tell people because of the threats from Junior,â€ Turburyei continued.

He admitted his involvement when a footprint collected from a piece of floor mat containing blood proved to be his, following a forensic investigation.

Meanwhile Junior Williams has denied his involvement in the murder. Williams, a brother-in-law to the deceased, said he visited Angeline Kolleh on July 5 in Gbarnga from his village but went back to the village the same day. The commander of the Crime Services Division of the Liberia National Police in Bong, Kelenso Flomo, said Turburyei and Williams are being processed to be sent to court for prosecution.

He thanked the communityâ€™s support to the police in the ongoing investigation.

â€œThe community members are doing well; they are aiding us with information in this process,â€ Flomo noted.

Family members and friends of Angeline Kolleh Thursday staged a peaceful protest, calling on the government to beef investigations in her death and ensure that those responsible were arrested.

Several organizations, including the Bong County Women Organization and the Bong Christian Association, have planned a peaceful march in the streets of Gbarnga on Tuesday.

The organizations said their march is intended to draw the attention of Bongâ€™s leadership and national government to what they call â€œconstant wave of killingâ€ of citizens in the county.