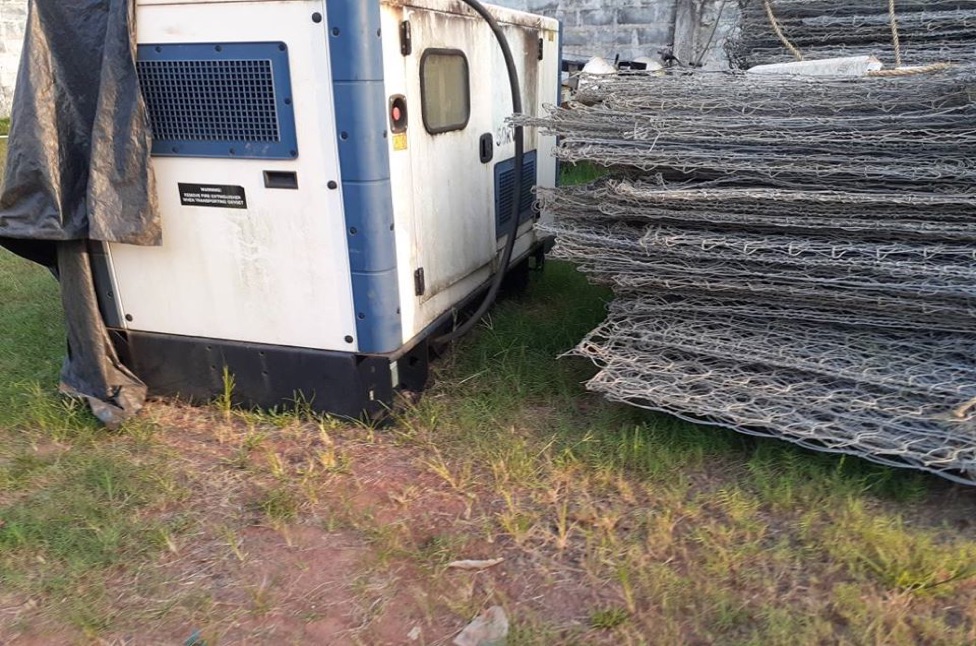 GBARNGA, Bong â€“ The Liberia National Police in Bong has finally charged David Tokpah, the suspended head of Natural Resource Management of the Central Agricultural Research Institute, or CARI, as the main suspect in the theft of property case involving missing assets at CARI.

In Nov. 2019, several valuable assets, including a 50kva generator, fencing wires, air conditioners, fuel tankers, and containers went missing from the instituteâ€™s facilities. Employees of CARI accused Tokpah of being responsible for the assetsâ€™ disappearance.

Tokpah had earlier denied these allegations until a few weeks later when the 50kva generator, fencing wires, and an air conditioner were discovered in a compound in the Millionaire Quarter Community in Gbarnga.

The police were immediately called in to investigate. Following a preliminary investigation led by Bongâ€™s police superintendent, John Kelenso Flomo, the police told The Bush Chicken that Tokpah admitted to removing the generator from the instituteâ€™s compound, but he refused to disclose the generatorâ€™s location.

By admitting to the police to removing the generator, Tokpah contradicted his earlier statements made on a local radio station in Gbarnga that he had no knowledge about the missing assets.

Upon his arrest, Tokpah now faces charges of theft and misapplication of property. He has been charged, along with co-conspirators Anthony Taplah, an agricultural engineer, and Sam Lewis, the chief security at CARI.

Police Inspector Flomo said Taplah and Lewis were initially released because they acting under the â€œsupervisionâ€ of Tokpah at the time of the theft, although they still bear some culpability.

Initial reports from the case reveal that Tokpah, a member of the senior level staff at CARI, took advantage of the absence of the director, Paulette Findley when he was acting as head, to remove the instituteâ€™s assets. The report has exonerated Findley of any involvement.

The generator, fencing wires, and air conditioners are still in the compound where they were earlier discovered, as the police have requested that CARIâ€™s management show documentary evidence in court that the assets in question belong to the institute.

On Thursday, the countyâ€™s attorney, Jonathan Flomo, visited the compound to assess the items ahead of the opening of the case. Flomo also disclosed that plans are underway to obtain a search warrant from the court to help the police retrieve the remaining missing items.

â€œI just got the case file today. I am reviewing it. We are in the process of getting a warrant to search other places for the other materials,â€ Flomo told The Bush Chicken via phone on Thursday in Gbarnga.

Considering the heavy caseload on the docket of the Ninth Judicial Circuit Court in Gbarnga, a date for the case is yet to be announced.