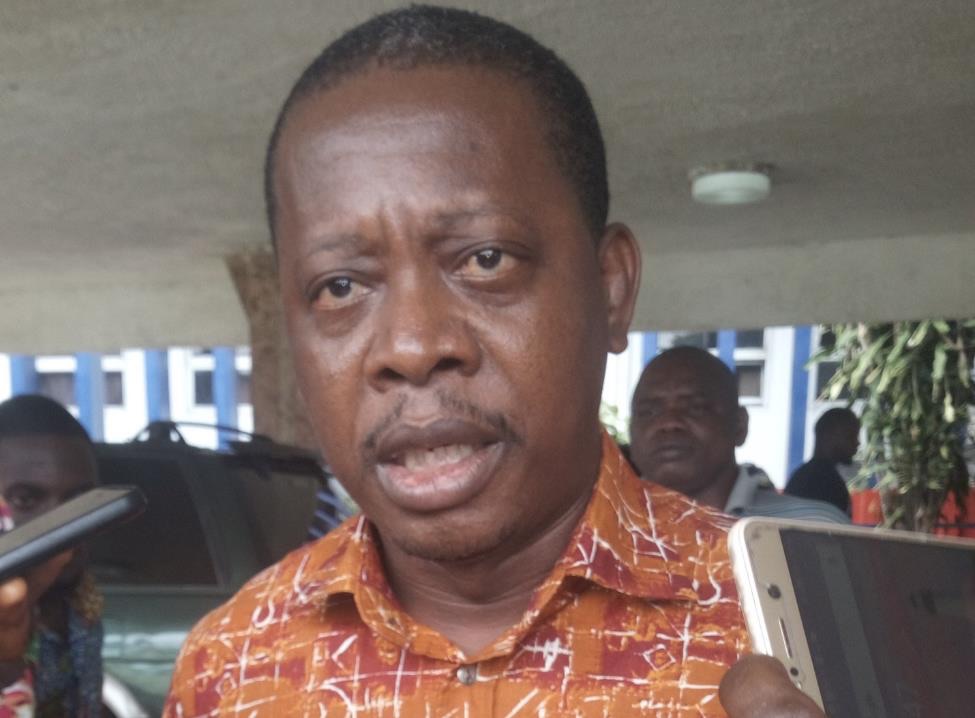 MONROVIA, Montserrado â€“ The Liberian National Police have charged a 32-year-old man for assaulting another man at a bar in Sinkor, in a case where Rep. Acarous Gray was accused of ordering the assault.

According to the police charge sheet, on June 5, Gray, who represents Montserradoâ€™s eighth district, visited a grill shop near Sha-Town bar to eat roasted meat. As the lawmaker was eating, police said a staff member from Sha-Town bar approached him to ask why he was not sitting at Sha-Town bar. Gray reportedly told the staff he had issues with the owner of the bar.

Later, the victim, Joseph Boye Cooper, engaged Gray about his refusal to enter the bar. The conversation then turned into an argument, the charge sheet noted.

Police say Jughbe had stopped to speak to Gray at this time when he noticed Cooper addressing the lawmaker in an emotional exchange. Jughbe then intervened, leading to Cooperâ€™s slapping Jughbe on the eye with his left hand and triggering a minor injury on his face. In response, Jughbe hit the victim on his head and fled the scene.

Contrary to earlier reports, the police said the defendant does not work for Gray, nor did he visit the bar with the lawmaker. Police noted that this is corroborated by eyewitness accounts, including from the Sha-Town bar staff. Additionally, police found no evidence that the lawmaker had ordered the assault on Cooper.

Police had invited Gray on June 6 to investigate his alleged involvement in the incident after critics of the government compared the scenario with that of Rep. Yekeh Kolubah of Montserradoâ€™s 10th district, who has been charged with terroristic threat and criminal facilitation. Gray is a member of President George Weahâ€™s Coalition for Democratic Change while Kolubah has been a vocal critic of the president.

In an interview with reporters at the police headquarters a week ago, Gray denied that he or his bodyguard was involved in the fight.

He said he had simply decided to avoid patronizing the Sha-Town bar because residents had complained of the establishment playing loud music until 4:00 a.m. Gray said he had tried talking to the owner of the bar about the noise, but to no avail.

â€œBut he refused to listen to me, so I decided not to sit [at the] bar again until his staff walked up to me to make some inquiries,â€ Gray said. Police say the lawmaker has been cleared of any involvement.

The defendant, Jughbe, was found responsible for damaging the glass door of the bar. He is currently incarcerated at the Monrovia Central Prison and awaiting trial.