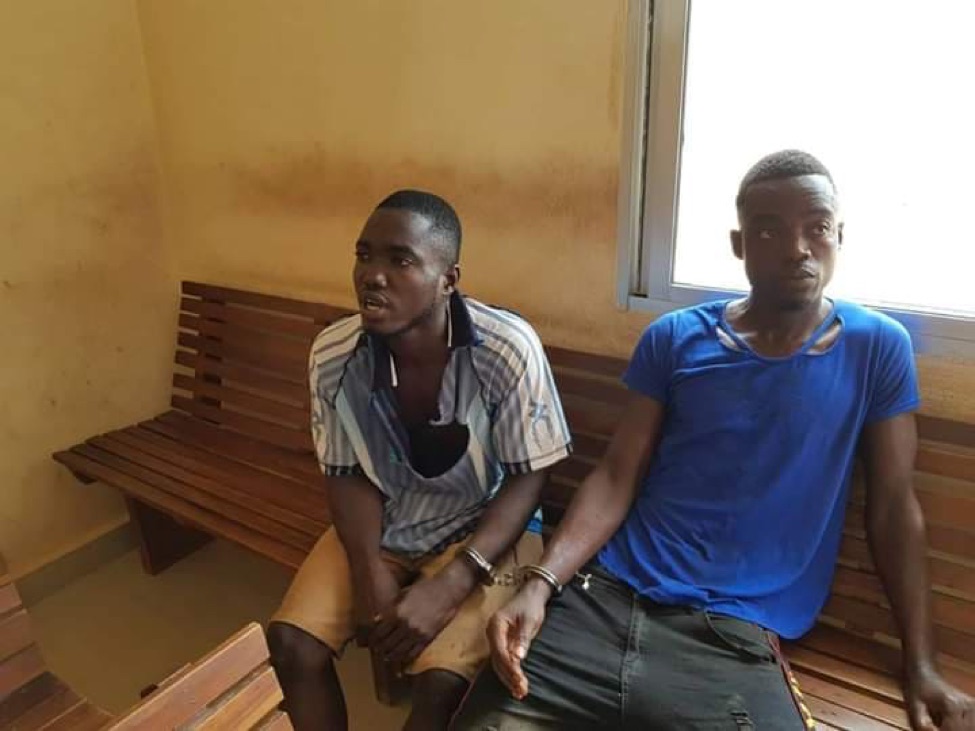 GBARNGA, Bong â€“ Police in Bong have arrested and sent to court Jackson Sulonkolo and Jonathan Hills for armed robbery, criminal conspiracy, and murder in connection to the shooting and killing of Sekou Swaray in Gbarnga.

The incident happened at about 7:20 p.m. on October 14, 2019, at the A.A.K Gas Station, along the Gbarnga-Ganta Highway, where the deceased and two others sold petroleum products.

Losseni Konneh, an eyewitness of the attack, said two men riding motorbike arrived at the gas station in a hurry, placed them under gunpoint, and demanded money from them.

Konneh said one of the men was carrying a short single barrel pistol and dressed in all black with a mask on his face. Meanwhile, he said the other man sat on a motorcycle with the engine on and ready to move.

â€œOne of them was dressed like [a] ninja. He came and stood over me with the shotgun and said, â€˜Nobody should move. Anybody moves, I will shoot them,â€™â€ Konneh told The Bush Chicken. â€œAfter that conversation, the man just fired the gun at me, I bent my head and the gunshot passed me and hit Sekou in his chest.â€

Konneh said while his colleague was in agony on the ground and bleeding from the gunshot wound, the robbers then took away a bag containing L$11,000 (US$52), a mobile phone, and escaped using the motorcycle.

Swaray died from the wound and his remains were turned over to family members for burial. He was buried the next day.

The police apprehended the alleged perpetrators in separate locations in Gbarnga the next day.

Bongâ€™s chief superintendent of police, Frederick Nepay, said Sulonkolo was arrested with a short single barrel pistol at his parentsâ€™ residence in Lelekpayea Community in Gbarnga, while Hills was apprehended at the Gbarnga Iron Gate as he attempted to escape Gbarnga.

â€œJonathan Hills has admitted committing the crimes, along with Sulonkolo. But Sulonkolo refused to talk to the police. The police also [confiscated] the motorcycle they used to commit the robbery,â€ Nepay said in an interview.

The police chief described Sulonkolo as a â€œnotorious criminalâ€ who has been caught in several criminal activities in Bong and other places around Liberia.

Liberiaâ€™s Penal Law considers armed robbery and murder as capital offenses, and the penalties vary depending on the circumstances under which the crime is committed. In an event where death occurs during a crime of armed robbery, the accused faces life imprisonment without the possibility of parole.

Sulonkolo and Hills are currently being detained at the Gbarnga Central Prison, pending trial at the Ninth Judicial Circuit Court in Bong.

The robbery on the Lofa Road resulted in the death of one person while the accused was killed by an angry mob late at night.

Meanwhile, residents of Bong have condemned the current wave of criminal activities in the county and further called on the police to be more vigilant in curbing crimes in the county.

The police are receiving praise for the swift apprehension of the alleged robbers, just as many residents are calling for a speedy trial.