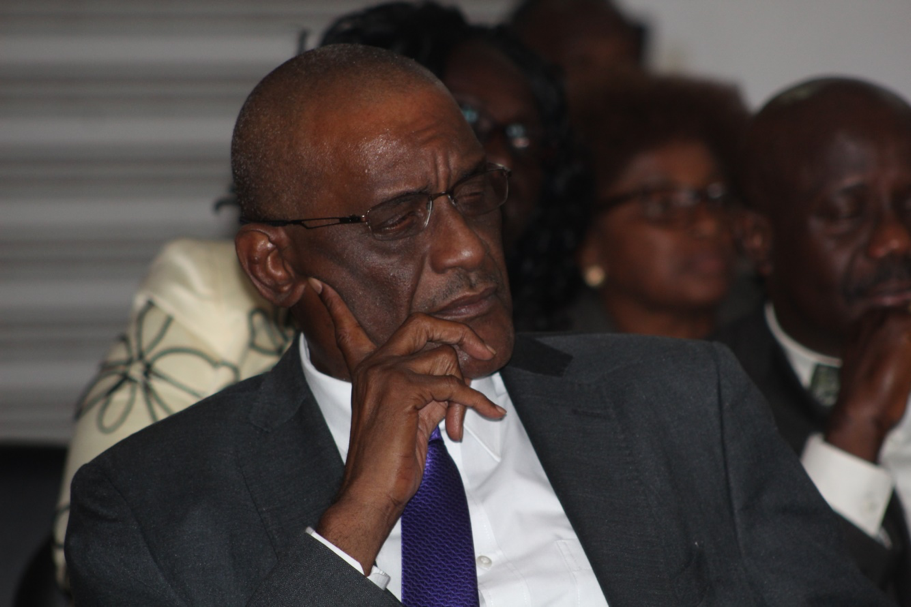 MONROVIA, Montserrado â€“ The Liberia National Police has confirmed the arrest of the former executive governor of the Central Bank of Liberia, Milton Weeks, along with Deputy Governor Charles Sirleaf, and the director for banking at the Central Bank, Dorbor Hagba.

The Spokesman of the Liberia National Police, Moses Carter, confirmed to The Bush Chicken that Weeks was arrested Friday morning, while both Sirleaf and Hagba were arrested Thursday evening.

Carter said the former executive governor and two officials of the Central Bank were arrested in connection to the Kroll Associates report into allegedly missing Liberian dollar banknotes, which was released on Thursday by USAID.

â€œWe are basically looking at the report and looking at people who have possible links to some of the issues as intimated in the report, so once we establish that, they will be arrested,â€ he said.

â€œItâ€™s something that we will not have to disclose who will be arrested, at what time, and all of that. So, all those that have probable links to the issue of the money will be arrested. Thatâ€™s all I can say.â€

Carter denied social media reports that Finance Minister Samuel Tweah had been recalled from an official trip with the president to Israel in connection to the report.

â€œThat is not yet to our knowledge,â€ the police spokesman said.

The Kroll Associates report revealed no evidence that containers of money went missing, as was rumored. However, it identified discrepancies at every stage of the process for controlling the movement of banknotes in and out of the Central Bank and violations of laws by Central Bank officials.

The firm disclosed in its findings that the legislature only approved the printing of the first tranche of new bank notes amounting to L$5 billion, although the Central Bank had entered into a contract with Crane AB to print the money before receiving the legislatureâ€™s approval. At the same time, the report notes that the Central Bank entered into a second contract with Crane AB in 2017 to print an additional L$10 billion in the second tranche without any legislative approval.

â€œThe CBL did not provide the Legislature with details of the quantity and denominations of the new banknotes prior to the printing and shipping of new banknotes,â€ the report noted.

According to the report, the Central Bank did not provide Kroll with adequate supporting documentation to demonstrate that it adhered to its own internal tendering policies in procuring the new banknotes from Crane AB. The bank did not open the process for competitive bidding.