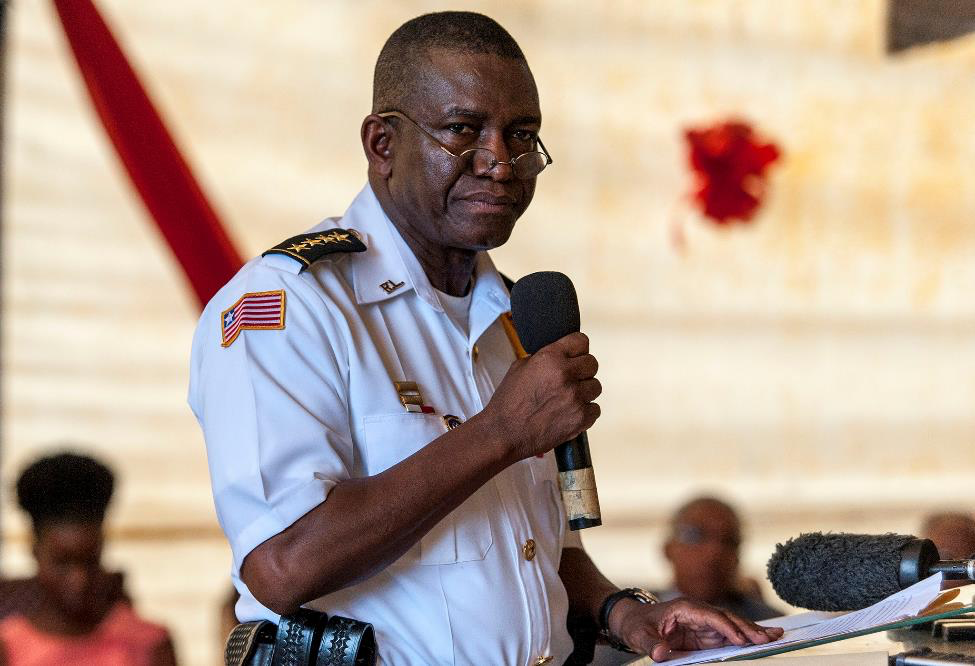 MONROVIA, Montserrado â€“ The Liberian National Police says it is interrogating its former inspector general, Chris Massaquoi, as part of its ongoing investigation into the murder of a journalist, Tyron Brown.

Brown, who worked for Super Communications Network, which operates Super FM and Super TV, was recently discovered dead in Paynesvilleâ€™s Duport Road community with physical wounds on his body.

Police spokesman Moses Carter told The Bush Chicken on Monday that Massaquoi is not being investigated, but rather, he is being interrogated based on testimonies provided by a witness in the investigation.

Carter said the former police boss will be charged and prosecuted if probable causes are established to prove that he participated in the commission of the crime.

â€œFor now, he is not a suspect; he is being questioned in line with witnessâ€™ testimony and heâ€™s cooperating,â€ Carter said.

He disclosed that the police have collected statements from its former boss, but refused to disclose the details of the statement.

â€œItâ€™s not for me to divulge what he disclosed in his statement. At an ideal time, I will let you guys know in the public as to his statement,â€ he said.

Although the police spokesman refused to go into the details of the former inspector generalâ€™s connection into the investigation, it is being widely speculated that the prime suspect in the murder case, Jonathan Williams, had told investigators that he informed the former inspector general that he had killed the Super FM/TV journalist on the very night of the incident.

Another account also suggests that the former inspector generalâ€™s vehicle was used to transport and dump the corpse of the late journalist at the location it was discovered. These accounts were not independently verified by The Bush Chicken.

Meanwhile, the police spokesman has also disclosed that Williams and three other suspects, including Massa Kennedy, Alice and Edwina Utee, would be formally charged and forwarded to court on Tuesday.

They were all arrested based on preliminary investigations conducted by the police, linking them to the death of the journalist.