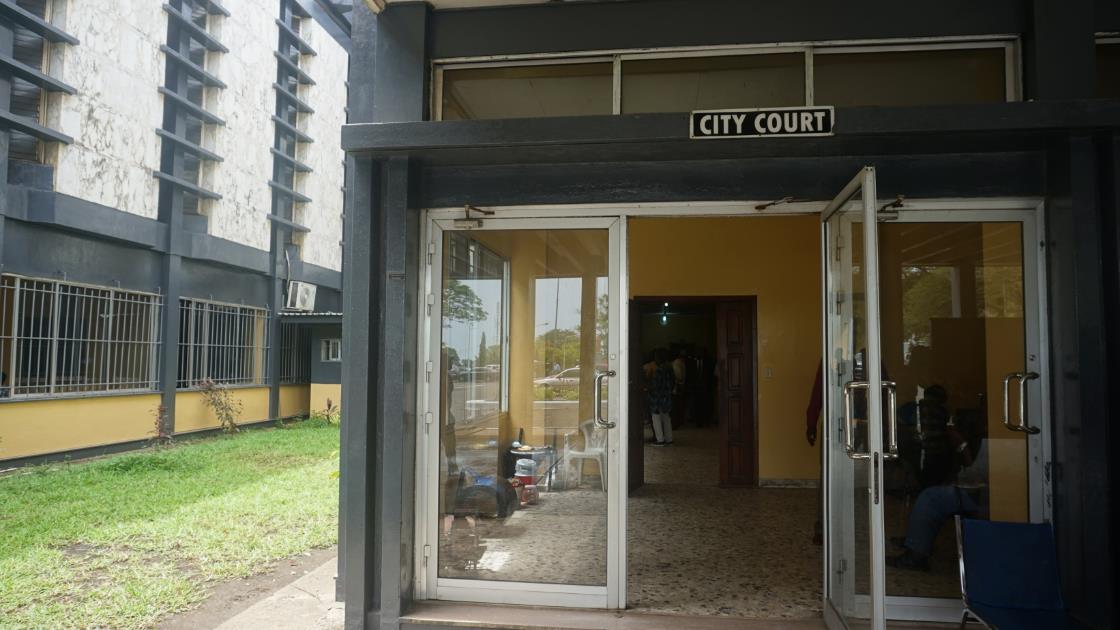 MONROVIA, Montserrado â€“ The Liberian National Police on Thursday, May 18, charged and forwarded to court for prosecution eighteen students of the United Methodist University for their involvement in the May 12 protest in front of the Commerce Ministry.

The students, according to the police, were charged with criminal conspiracy, physical obstruction of government function, criminal trespassing, disorderly conduct, rioting, and failure to disperse, obstruction of highway and other public passages and aggravated assault.

The police charge sheet said the defendants were arrested on May 12 during the protest and acquainted with their Miranda Rights. â€œThe students understandably waived their rights and were investigated and subsequently charged,â€ the charge sheet read.

The police noted that on the day of the protest, the defendants were seen holding placards under the banner, â€œCitizens for Open Society and Transformation of Liberia,â€ while chanting slogans suggesting that Axel Addy, the minister of commerce, should resign because of contaminated frozen food sold on the Liberian market.

According to the police, Adolphus G. Saywah, the associate dean of students at the United Methodist University, voluntarily informed the Liberia National Police that he saw the charged students going amok and acting disorderly.

Despite the gravity of the charges, the students who showed up in court were in a jubilant mood as they walked out of the City Court at the Temple of Justice.

Alhaji Swaliho A. Sesay, the lead defense lawyer for the students, who was provided by the university, told The Bush Chicken that an application for a bond was filed on behalf of the defendants but could not be granted by the court due to time. He noted that Eric Cooper, associate magistrate at the Monrovia City Court, however, allowed the defendants to be signed for and produced in court whenever needed.

â€œThe defendants were signed for by Hilton Povou, another lawyer of the students,â€ Sesay said.

Some commentators have expressed concern over the UMU administration setting a bad precedence by providing lawyers to represent the students in court.

Jipo G. Jipo, who spoke to The Bush Chicken immediately upon the studentsâ€™ being turned over to Hilton Povou, argued that it should rather be the studentsâ€™ parents providing lawyers for their children and not the UMU administration. Jipo said the university was now supporting lawlessness on its campus.

â€œThe UMU administration should rather be punishing the students than supporting them,â€ he noted.

On Friday, May 12, Ashmun Street in Central Monrovia became a battle zone with protesting students from several universities at odds with the Police Support Unit of the Liberia National Police. Some protestors are forced out of the universityâ€™s campus by the police. Photo: Zeze Ballah

The students gathered in front of the Ministry of Commerce and Industry displacing placards, some of which read, â€œAxel Addy has imported too many expired beef, chicken, eggs, spare ribs on the Liberian marketâ€ and â€œStep Down, Minister Axel Addy.â€

The protesters also failed to adhere to instructions from the police, at which point, the police began effectuating their removal. In the process, the protesting students started throwing stones, pieces of planks, and other objects at the police officers.

Several students were arrested while others sustained various degrees of injuries including a police officer, who was bleeding from his head.