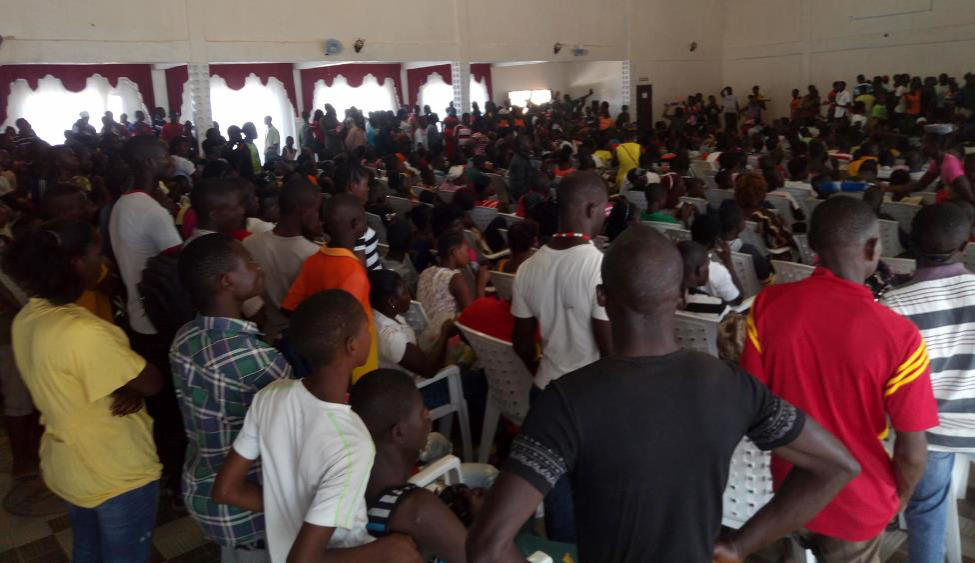 GANTA, Nimba â€“ In Liberiaâ€™s second most populous city, a planned live viewing of the inauguration of President George M. Weah could not be viewed properly due to poor network connectivity.

There were no official programs planned by the Liberian government to ensure that citizens in Ganta could watch the events live. The scheduled live screening of the inauguration ceremony was organized by the Coalition for Democratic Changeâ€™s Nimba chapter, in collaboration with Friends of Samuel N. Brown Network, a political organization of a defeated representative candidate for Nimbaâ€™s first electoral district.

Weah succeeded Africaâ€™s first female president, Ellen Johnson Sirleaf, after being elected as president on December 26 in a runoff election with the outgoing Unity Party.

The live screening was expected to take place at the Ganta Sports Field but was later moved to the Peace Empire Hotel after the sunlight made it difficult for viewers to watch the ceremony.

Nelson Korquoi, who chairs CDCâ€™s Nimba group, explained the rationale for organizing the viewing, as he reiterated Weahâ€™s promise to lead a â€˜pro-poorâ€™ government.

â€œWe donâ€™t have a television station here [in Ganta]; but we will manage to bring it to the door steps of our people,â€ he said.

â€œIt is not all of our people that have the opportunity to go to Monrovia to be a part of the program,â€ Korquoi said. â€œSo, we are going to use the means of technology and the projector to bring it live to them on the Ganta Sports Field.â€

The organizers made food and drinks available at the program, including 20 bags rice and two cows, according to Korquoi.

While poor connectivity meant much of the attendees could not properly follow the inauguration, organizations said they were downloading a version of the program to show it again.

While the event was broadcasted on the state-owned TV station, its range does not extend beyond Monrovia.