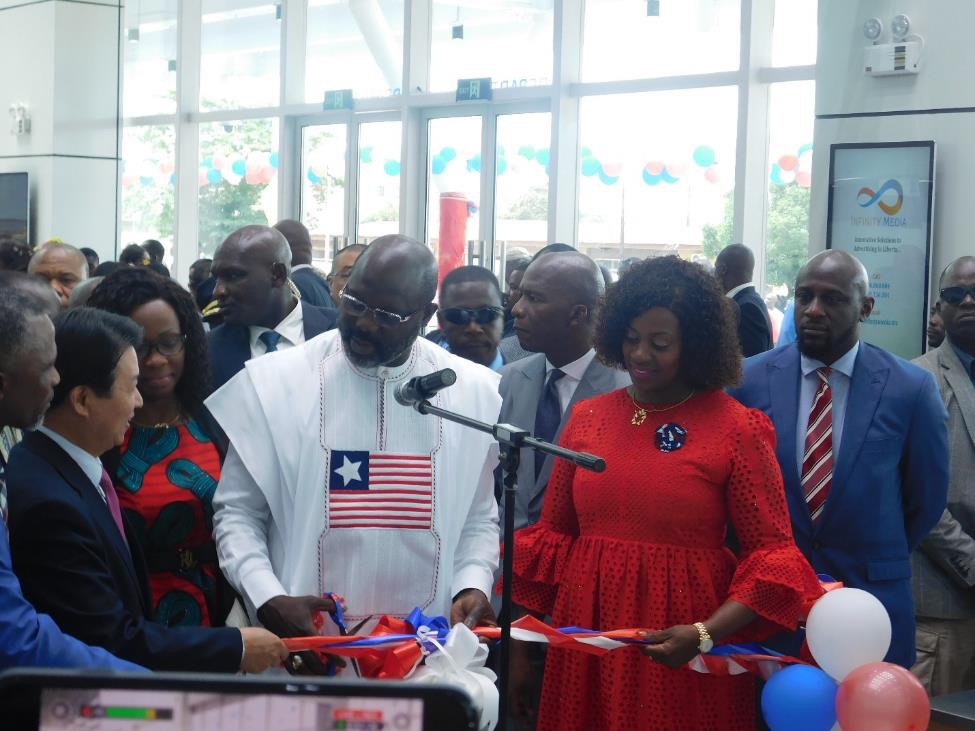 The new terminal dedicated on Thursday was constructed of steel and glass. It is a US$50 million project financed by a loan from the China Exim Bank and construction was undertaken by the China Harbour Engineering Company, beginning in 2016.

Weah praised the government and people of China for the support and successful completion of the construction.

â€œOur bilateral friendship, which is based on the principle of the One-China policy remains strong and it is a win-win cooperation for both countries,â€ he said.

The Liberian leader also thanked his predecessor, Ellen Johnson Sirleaf, for initiating the project and praised members of the previous legislature, of which he was a part as a senator for Montserrado, for ratifying the financing agreement in order to better accommodate airport users by reducing congestion and bringing in updated facilities.

â€œLadies and gentlemen, my governmentâ€™s plan is to make the Roberts International Airport regain its rightful place as a passenger and cargo aviation hub in West Africa by extending the facility and capacity, including the construction of a new terminal B,â€ he said.

The Liberia Airport Authorityâ€™s acting managing director, John Allen Klayee, thanked the president for his continued support and engagement as the airport authority strives to execute its statutory mandate.

â€œWe can also recall with deep gratitude, the tremendous strides of the administration before us, particularly to Her Excellency Mrs. Ellen Johnson-Sirleaf, former president of the Republic of Liberia, through whose quest for a better Liberia resulted into these projects at RIA,â€ Klayee said. 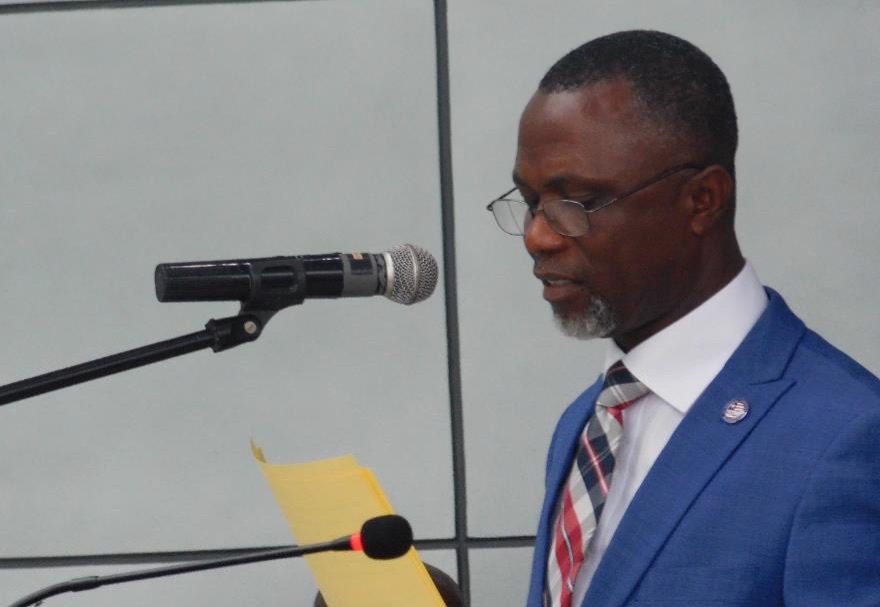 He said the dedication of the new terminal also coincided with the official opening of the renovated runway and office complex, which also kicked off in 2017.

He said of the three projects, the runway was the first to be completed, with the latest technological equipment in place, including a modern Instrument Landing System and an Aeronautical Ground Lighting System that has made it much more easier for the pilots to land and take off.

Other features include eight stores and a restaurant, four boarding gates, a business class lounge, spacious immigration facility, a water treatment plant, and a power sub-station on the outside.

Klayee promised that under his leadership, the airport authority would properly maintain the newly dedicated structure.

â€œLet me renew that commitment today, Mr. President that we will spare no efforts in maintaining every aspect of these projects,â€ he assured.

To match words with actions, the acting managing director also disclosed that his leadership had begun a series of in-house training programs with help from its partners to ensure that Liberians can fully run the facility.

According to him, the training is expanding the capacities of the airport authorityâ€™s staff in technical services, operations, and administration, to provide maintenance and repair services on one hand and ensure a new customer service culture.

He also disclosed plans for the construction of a US$11 million cargo storage project next year.

However, Klayee said all these would be unlikely if the airportâ€™s management cannot raise the revenues needed to match the expenditure that the new wave of development has brought. Meanwhile, he said his leadership has begun negotiating with airlines to increase traffic.

The airportâ€™s management among other things revealed a plan to develop a small economic zone to facilitate rapid growth in revenue.

â€œIn another development, the Liberia Airport Authority since my ascendency has been exploring the possibility of reactivating rural airstrips,â€ he said.

â€œFew months ago, we toured airstrips from the southeast to the north. This tour brought us face to face with the compelling needs to develop the rural airstrips and make them commercially viable.â€

He said conversations are ongoing for the creation of an intercity travel program, to link Liberian cities by air; however, he wants a premium placed on the countryâ€™s domestic hub at the James Spriggs Payne Airport where discussions are nearing conclusion for an overlay of the runway and expansion of the infrastructure.

â€œThis will make Spriggs ready for domestic and regional flights in the months ahead,â€ he noted.

During the ceremony, the president welcomed the first batch of passengers to arrive and depart the airport through the new terminal.

A score of high-ranking officials, including former president Ellen Johnson Sirleaf, as well as diplomats, attended the ceremony. Among them were the president of the African Development Bank, the former and current Chinese ambassadors accredited to Liberia, and U.S. ambassador to Liberia, Christine Elder, along with scores of current legislators.

The ceremony also formed part of the countryâ€™s 172nd Independence Day celebrations and was followed by the dedication of the ministerial complex that would host a number of government ministries in Congo Town.