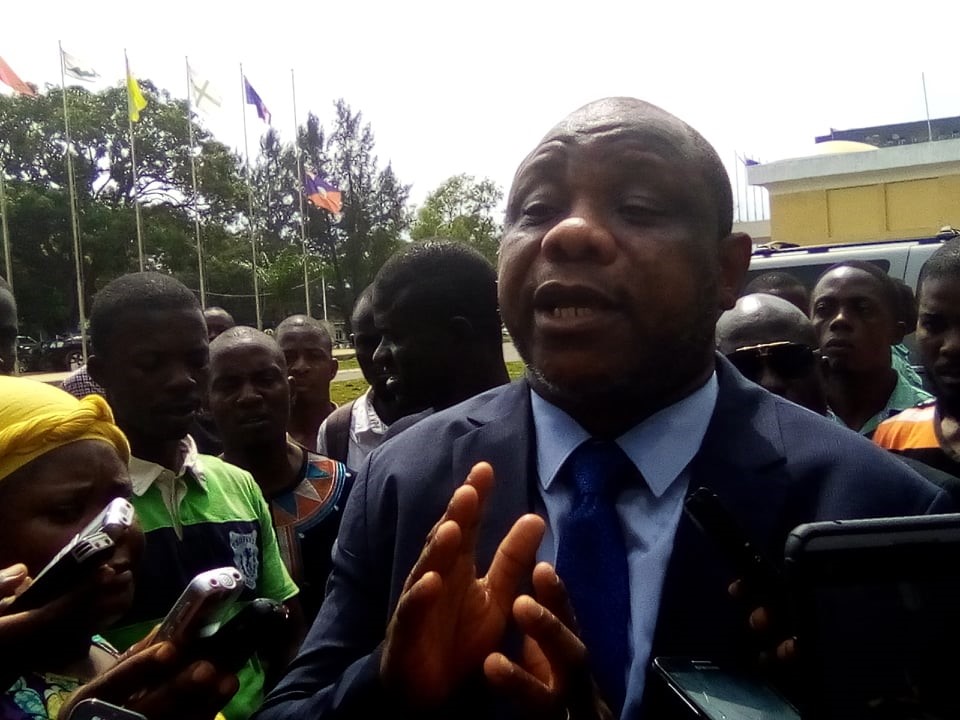 MONROVIA, Montserrado – President George Weah has written the House of Representatives asking that his submission of the 2019 draft budget will be delayed by one month.

Finance Minister Samuel Tweah made the disclosure following a closed-door meeting with members of the House of Representatives on Tuesday.

Tweah said the delay is necessary to allow the executive branch to submit a credible and realistic budget.

“We are on course. The speaker has received the letter from the president asking for [an] extension of the presentation of the draft budget to the House,” he said.

“What’s going on now is consensus building and collaboration with the House, and the Finance Ministry will focus on resolving some challenges.”

He said a major challenge confronting the country’s economy is the refusal of most individuals to save their money in the bank, which renders monetary policies ineffective. He also dismissed claims that the steep increase in the price of basic commodities was squarely attributed to the high foreign exchange rate.

“We are looking up to all of you men and women in the media to communicate to the public that the real challenge we face is because [a] lot of the money is not in the bank,” he said.

According to him, low domestic revenue generation is also responsible for why the economy is taking a downward trend.

“If [the] government is not able to pay people what they’re owed, those people will not be able to bring in goods and services to enable them to pay their workers,” he added.

The minister also announced that as part of the efforts to take monies from outside the banking sector, the government has introduced a one-year bond, through the Central Bank of Liberia, with a seven percent rate, and encouraged citizens to invest in the bond. He said the government would be able to seize control of the current economic situation at the end of the bond exercise.

“As a government, we now have a fiscal policy measure in place to stabilize our country’s economy.  The whole monetary policy was part of the conversation we had today with the House, as part of our work,” he further explained.

“We’re encouraging everybody to invest in the Liberian dollars bond, because that’s an instrument. We also looking at treasury bonds with high-interest rate.”

He said while there are also more direct causes for the increase in the prices of commodities, the Ministry of Commerce is working to discover what those causes are. He said the government will also institute measures to deal with those causes as a short term solution.

The finance minister recently announced that the government has decided to issue a new currency to immediately address the increasing U.S.-Liberian dollar exchange rate, as a long term solution against the country’s economic woes.

In April, President George Weah also issued an executive order that aims to reverse the current negative state of the economy, after a delegation of the International Monetary Fund conducted an assessment visit to Liberia and called for the need for strong policies to stabilize the economy.

The action succeeded series of other steps the president has taken since his administration came to power in January 2018. In mid-2018, the president approved a new schedule to reduce tariffs on some basic imported commodities in the country. At the time, the president’s office blamed the hike in basic commodity prices on the tariff regime maintained by the previous government. He believed that the situation was adversely affecting the poor and worked against his Pro-Poor Agenda.

He also mandated the Technical Economic Management Team and the Central Bank of Liberia to use US$25 million to purchase excess Liberian banknotes to stabilize the U.S.-Liberian dollar exchange rate.

However, an investigation by the government into the use of the fund created skepticism over the impact of the exercise. The investigation established that the teams set up to carry out the exercise had no standard criteria for determining legitimate businesses, such as through licenses and legal registrations. The report said the process also created room for illicit exchange or money laundering.