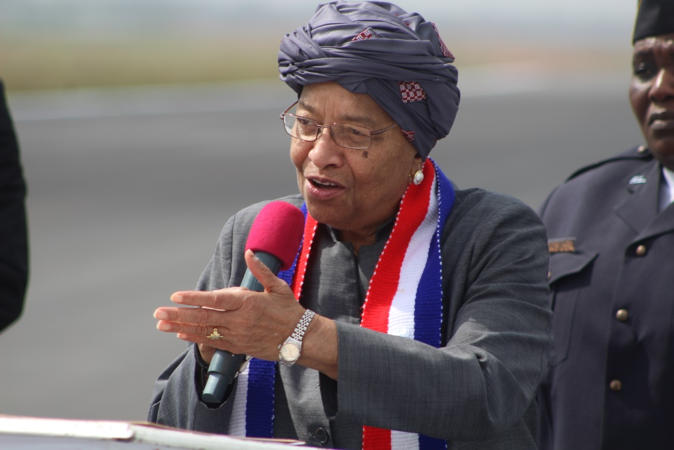 MONROVIA, Montserrado – Former Liberian president Ellen Johnson Sirleaf has been appointed to the Board of Directors of MasterCard Foundation.

The MasterCard Foundation is one of the largest private foundations in the world and aims to promote financial inclusion to create an inclusive and equitable world. Founded in 2006 by the financial services company MasterCard, the foundation is an independent organization with its own Board of Directors and management.

In a press release posted on their website on June 25, MasterCard announced the appointment of Sirleaf and the two others stating, “Today, the Mastercard Foundation announced several changes to its Board of Directors, including the appointment of Zein M. Abdalla as Chair and the addition of President Ellen Johnson Sirleaf and Michael Sabia as Directors. This follows the completion of Jim Leech’s term as Board Chair, a position he has held since 2015.”

On her official Twitter account, Sirleaf expressed her excitement about her recent appointment, noting, “I look forward to working with the MasterCard Foundation board and senior management team to support their ongoing commitment to equity and inclusion while driving sustainable and meaningful change across Africa.”

Sirleaf’s co-appointee, Michael Sabia is the director of the Munk School of Global Affairs and Public Policy at the University of Toronto. He is also chair of the Board of Canada Infrastructure Bank. MasterCard Foundation’s new board chair, Zein Abdalla, was the president of PepsiCo, Inc., a global food and beverage company, from September 2012 until his retirement in December 2014.