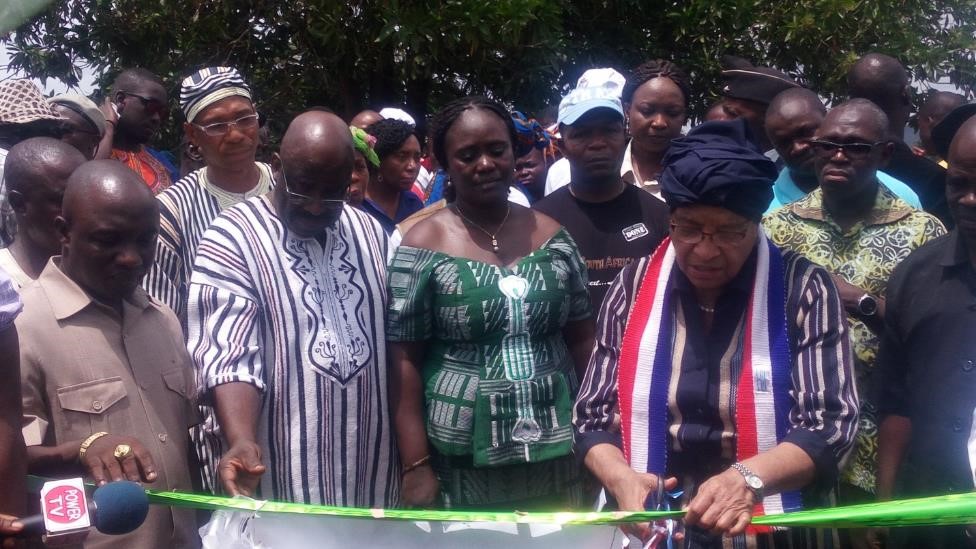 Sirleaf said her visit is meant to appreciate the citizens for their continuous support to national and local development initiatives of her administration and the maintenance of peace in the country.

She is meeting and discussing with citizens at different town hall meetings across the county.

At her first town hall forum with citizens on Wednesday in Belefanai, Zota District,Â  Sirleaf expressed her appreciation to the citizens: â€œThe peace we have today, this is the one thing we want to thank you for that today we have 13 consecutive years of peace. Without peace, we will not be able to do all the things we are doing.â€

She encouraged the citizens to treasure the peace in the county and forge ahead with the current pace of development.

â€œLiberian people paid the price for the peace and so they will not see anybody else take the peace from them,â€ Sirleaf said.

During her visit, Sirleaf will dedicate several development projects in different districts of the county. The projects include those funded by the County Development Funds in addition to donor-supported projects.

The presidentâ€™s visit to Mano-Wainsue in Bongâ€™s second electoral district saw the dedication of a clinic and a town hall.

Bongâ€™s Superintendent Selena Polson Mappy, in remarks during one of the town hall discussions with the president in Mano-Wainsue, said the citizens of Bong are proud of Sirleafâ€™s performance.

Mappy named several development projects including schools, bridges, health centers, and clinics as well as roads, as some of the major projects that the county had benefitted from since the president came into power.

â€œThe decentralization and deconcentration initiatives are also very impactful and the visible impacts of these programs are here in Bong County,â€ Mappy said. â€œToday, we have a County Service Center in Bong that is catering to the documentation needs of our people and also contributing to revenue generating capacity of the county.â€

She said Bong will forever remember the president for her development undertakings in the county.