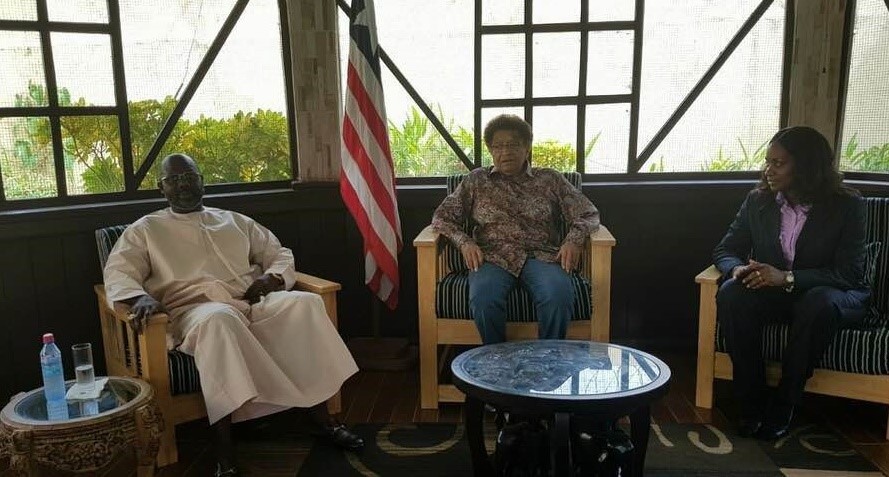 Charles Sirleaf, who served as the deputy governor for operations of the Central Bank, was arrested in March and charged for multiple criminal offenses along with the former executive governor Milton Weeks and three others. The charges included economic sabotage, misuse of public money, property or records, illegal disbursement and expenditure of public money, and criminal conspiracy.

He and his co-defendants were arrested based on a report released by a presidential investigation team set up by President George Weah to investigate reports of the alleged missing of L$16 billion in new banknotes. According to the report, the decision to print excess banknotes cost the government an extra US$835,361. They were placed behind bars at the Monrovia Central Prison, but are currently released on criminal appearance bonds.

The former president appeared on the Aljazeera program â€œUpfront,â€ where she claimed her son was unjustly charged.

â€œHe was unjustifiably, illegally charged,â€ Sirleaf said during her interview, which grew testy at times.

But in a major address to the nation on Wednesday, Weah countered and said the defendants are undergoing due process of law, under the countryâ€™s legal system.

â€œNo one has been arrested illegally, or detained unjustifiably, in connection with these trials,â€ he said, in what appeared to be a rebuttal of Sirleafâ€™s interview.

He additionally promised to ensure that the trial continues to the end when the final verdict is rendered by the court.