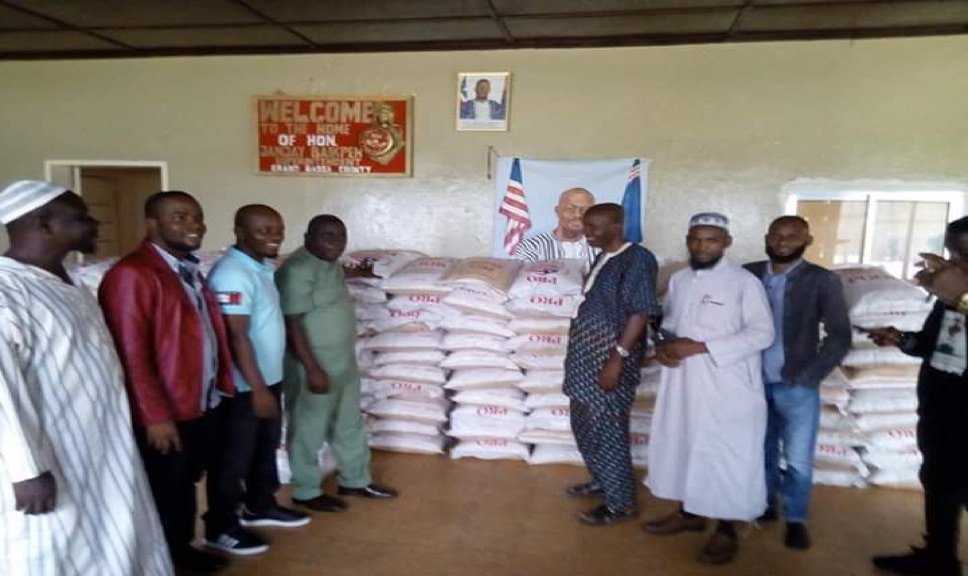 Buchanan, Grand Bassa â€“ As the Muslim holy month of Ramadan comes to an end, President George Manneh Weah has donated an assortment of gifts to the Muslim community in Grand Bassa.

On behalf of the president, Superintendent Janjay Baikpeh and Representative Matthew Joe of Grand Bassaâ€™s third district presented L$150,000 in cash and 150 bags of rice on Friday in Buchanan.

â€œThe president says he is wholeheartedly with you as you spend your time praying for Liberia,â€ Baikpeh told representatives of the Muslim community. He said the presidentâ€™s gift demonstrates that he is tolerant of all religions.

Grand Bassa hosts 11 mosques and Baikeph encouraged the leadership of the Muslim community to ensure that all mosques benefit from the presidentâ€™s gifts. Baikpeh noted that the president was making similar donations across the country.

Rep. Matthew Joe, who is also co-chair of the Grand Bassa Legislative Caucus, thanked the president for his donation.

â€œLast year the President provided help to our Muslim brothers and sisters during their month of Ramadan and this year, the president has done another big one for them again. This shows love and unity,â€ Joe added.

The representative called on the Muslim community to pray for Liberia to maintain its peace and for its citizens to remain unified. He said Liberia will be developed if everyone embraces peace and unity through continuous prayers.

Ayebah Kamara, the head of Grand Bassa Muslim Council, said the Muslim community remains grateful to the president and the government.

â€œWe did not expect this huge donation,â€ he said. â€œAll of our members have been concentrating on their prayers, but I was shocked when I was called by the Superintendent for the donation.â€

The government officials present did not state whether the presidentâ€™s gift was a personal gift or if it came from public funds.