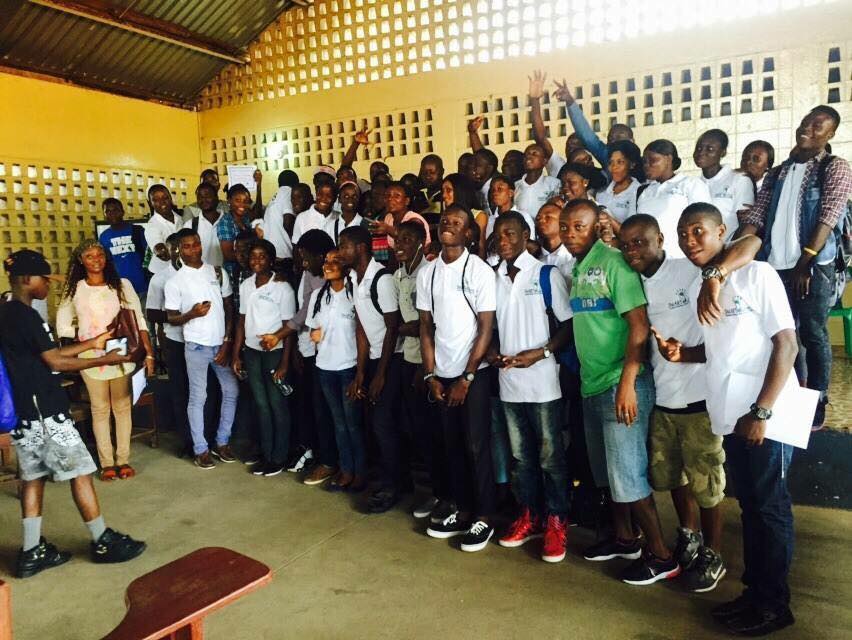 While many people headed to the club to release the stress of another work week, SMART Liberia volunteers were up until 3:00 a.m. finishing evaluation reports and rehearsing for the closing program of the SMART Vacation Academy, also known as â€œComplete 8â€. The program was held at the G. W. Gibson High school on Capitol By-Pass.

Satta Wahab, the lead administrator of SMART Liberiaâ€™s vacation program, said she was excited the program ended and wanted to return to her normal sleep schedule.Â  Wahab, who studies Economics and Public Administration at the United Methodist University, was grateful for the opportunity to work with some of Liberiaâ€™s brightest high school students while also honing her skills as an administrator.

Complete 8 was a month-long vacation school designed to complete the academic curriculum for high school students in eight core subjects. This was necessitated by the abrupt closure of schools after a little over four months. The minister of education made the decision in order to reform the system and in an effort to return to the old academic calendar, which was disrupted by the Ebola outbreak. As a result, many students did not complete the government-mandated curriculum, leaving them ill-prepared to perform successfully in their next class.

This program exposed its 84 students to a world-class leadership and entrepreneurship curriculum that included a screening of â€œSelmaâ€ and spurred heated discussions on the challenges of leading. The participants came from over thirty schools in Monrovia and included 46 boys and 39 girls.

Liberiaâ€™s Minister of Education, George Werner, served as keynote speaker. The minister told stories of his humble beginnings and his love for the libraryâ€”the source of his strength as a child.

In addition, he talked about the challenges of educational reform in Liberia and how young people should work with the government to reverse the worrying trend of poor educational standards in Liberian schools. He admonished students to take advantage of the opportunities they have instead of being complacent. The ministerâ€™s keynote address was an inspiration to the students and members of the SMART Liberia team. Following the ministerâ€™s speech, SMART Vacation students debated whether education in Liberia kills creativity. After two days of practicing and refining their arguments, the students put on a show that drew affirmative nods from the ministers and other stakeholders in the audience.

There was no winner, according to the panel of judges, although the audience agreed more with the argument that education in Liberia kills creativity after a show of hands poll.

When the debate ended, the most outstanding members of Complete 8 were recognized for their excellent academic performances. At the junior high level (grades 7-9), Ben Bayohwas walked away with the highest grade average and an award for excellence in General Science. In the senior high division (grades 10-12), Tahirou Jalloh carried home a certificate for excellence in Physics and Mathematics. She also won the award for highest grade average in her division.

Rebecca Danzo, a student from Cathedral Catholic High School, said the SMART Vacation Academy was the â€œbest experience of my high school years.â€ In return, Stanley Oppong, a volunteer teacher of Chemistry and student at the University of Liberia, praised his students for challenging him and raising thoughtful questions.

SMART Liberiaâ€™s National Director, Ahmed Konneh, said for all its challenges, Complete 8 was a great opportunity for the organization to engage with the most important stakeholders in Liberiaâ€™s educational sector â€“ the students.