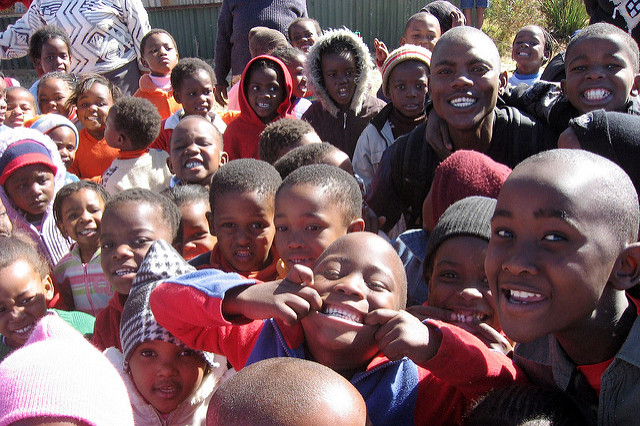 According to World Population Review, Africa is home to more than 1.3 billion people, nearly 41 percent of whom are under the age of 15. The median ages (where half the population is older and half younger) for African countries are consistently in the teens. For example, Liberia’s median age is 17.8 years old, and the world’s youngest country in terms of median age, Niger, has a median age of just 15.4. To put that in perspective, the median age in the United States is 38.1, and the world’s oldest country in terms of median age, Monaco, has a median age of 53.1.

Having a large percentage of teens and young adults unemployed is detrimental to the youth themselves and society as a whole. Consequences include everything from the inability to gain financial independence from their families or get out of poverty, desperation, mental health issues, and drug and alcohol use to crime, social unrest, homelessness, illegal trade, and lower output and loss of human capital.

“Brain drain” and migration are particularly problematic. With brain drain, the most talented seek job opportunities off the continent, causing a shortage of much-needed professionals such as doctors and engineers. As of June 2018, The Guardian put the total migrant crisis death count at more than 34,000 as African migrants attempt to find better opportunities in Europe and beyond. Those who survive the trek may also be vulnerable to trafficking and other forms of exploitation.

Clearly, high youth unemployment is undesirable to individuals and society alike. Africa needs to put its youth to work. Finding work in Africa is challenging in general, but even more so for the young and inexperienced.

NumberTrend, a new job search engine launching this month, aims to change that. NumberTrend offers both online and offline opportunities, helping to match young job seekers with employers in Africa. Free web and mobile apps enable job seekers in Africa and its diaspora to filter job opportunities to match their specific talents and geographic constraints. Anonymous employer reviews provide real-world insights as to the best and worst employers. This transparency has a natural tendency to prompt employers to improve their practices in order to compete and become more attractive. NumberTrend is free to applicants. Employers can start with a free basic plan or upgrade for more features and better visibility. Paid job listings are also available.

Number Trend’s job fairs serve as one-stop events where job seekers can meet and interview with dozens of employers in their communities. Many are slated to be hosted at high schools and universities, allowing employers to foster relationships at a crucial point in students’ lives. Computer training opportunities will also be available on NumberTrend.

Africa’s youth unemployment rate is troublesome for an emerging continent with the world’s youngest population. Companies across Africa are starting to recognize their important role in solving this problem.