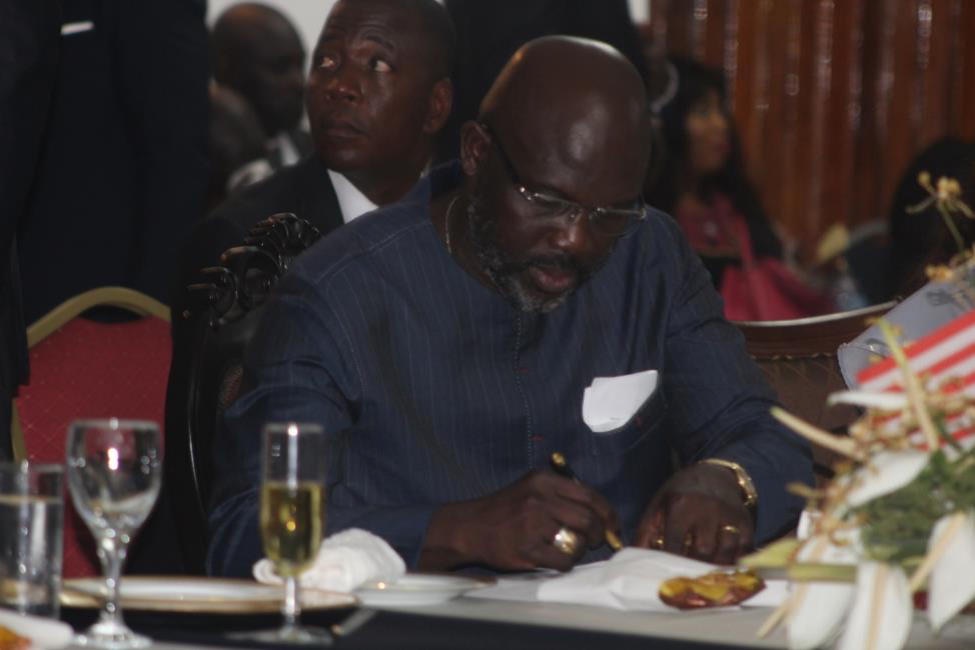 MONROVIA, Montserrado- The Press Union of Liberia or PUL has lauded President George Weah for signing into law, the Kamara Abdullah Kamara Act of Press Freedom.

A release from the Executive Mansion revealed Thursday that Weah has signed the bill, weeks after the Senate concurred with the House of Representatives on its passage. The bill was submitted to the legislature by the president on May 31 last year to decriminalize speech offenses and create a media-free environment.

The 1986 constitution which provides for Freedom of Speech and expression, also cautions for any abuse thereof. But the country has made strides in creating a free space for the media to operate.  In 2012, former president Ellen Johnson Sirleaf became the second African head-of-state to sign the Table Mountain Declaration which demands that African countries abolish insult and criminal defamation law, after signing the country’s Freedom of Information law in 2010.

PUL in a release issued on Sunday said it is exceedingly grateful to the president for the political will mustered to drive the passage of the Kamara Abdullah Kamara bill of Press Freedom, in the legislature.

“We are also grateful to all development partners and lovers of liberty who supported this lawmaking initiative which is part of ongoing efforts to strengthen Liberia’s growing democracy,” it said.

PUL President, Charles Coffey disclosed that while speech offenses have now been decriminalized, the right must not be abused by journalists or anyone in and out of the media.

“We are happy that we have decriminalized speech offenses. This constitutional right must not be abused by journalists, media workers, and other professionals but used in ways and manner that will contribute to nation building,” Coffey was quoted in the release.

“We must at all times be cautious of our responsibilities to preserving our country’s peace and serving all of humanity. Our joy today is packaged in the fact that the law is named Kamara Abdullah Kamara Act of Press Freedom, in honor of the deceased immediate past President of the Press Union of Liberia (PUL).”

According to him, his predecessor, Kamara, used up his mandate as head of the journalism community advocating for the repeal of provisions of the Penal Law of Liberia, which hinder freedom of speech and independence of the media in Liberia.

He also urged government agencies whose responsibilities fall in the realm of ongoing media reforms in the country to remain engaged to enable the formulation of an internationally acceptable regulatory regime for the media sector.