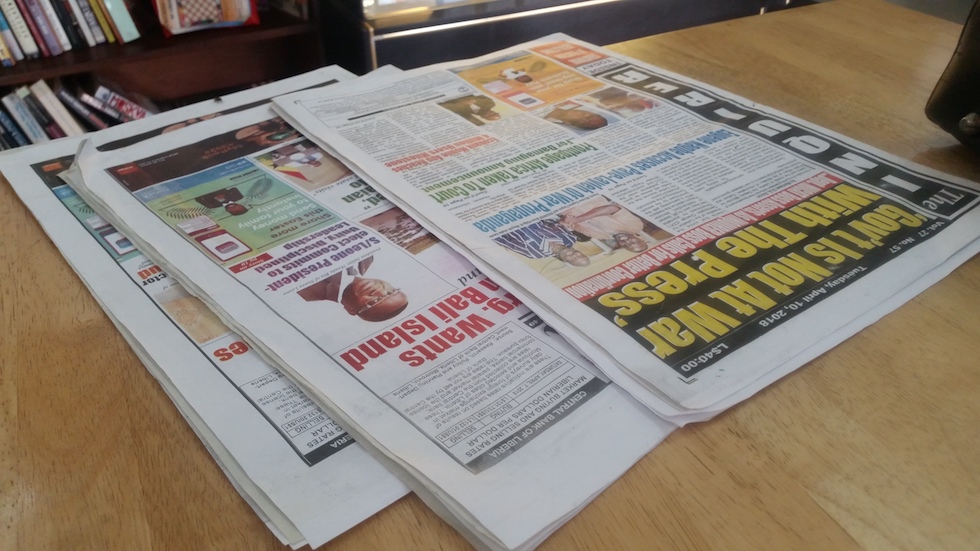 GBARNGA, Bong – The president of the Press Union of Liberia, Charles B. Coffey, has said that the Press Union would not accept any efforts to reverse the gains in press freedom over the last 12 years.

Coffey made the statement over the weekend at the closing of a two-day Conflict Sensitive Journalism Training of 18 journalists in Gbarnga.

He said the union would not sit and allow what they have fought for over the years go down the line. “We came a long way and suffered to get the freedom we have now, so we will not accept any effort to get us back to the past,” Mr. Coffey reiterated.

He urged participants to utilize ethical practice in their everyday professional activities and get in mind that they have just been refreshed and what they have acquired should be applied at all time.

Coffey further encouraged participants to make use of the skills provided by practicing what they were taught during the training.

Coffey’s statements came not long before Monday’s chaotic day for the media, where FrontPage Africa was sued in a civil case and had its offices closed and its reporters arrested.

In response to the arrest, the Press Union issued a statement through its secretary general, Daniel Nyakonah, where it condemned the court’s actions.

“The Union views the arrest, which handcuffed the normal operations of the paper, as an embarrassing posture of a court charged with the responsibility of maintaining the peace through the dispensation of justice,” Nyakonah wrote.

“It is unacceptable that journalists and media workers are beginning to be violated under the pretexts of civil lawsuits when the underlining motives are rooted in intolerance for dissent and freedom of the independent press, the Union stresses.”

Nyakonah called for the Supreme Court to mandate an end to lawsuits of this kind, which he said punishes “before listening to the accused.”