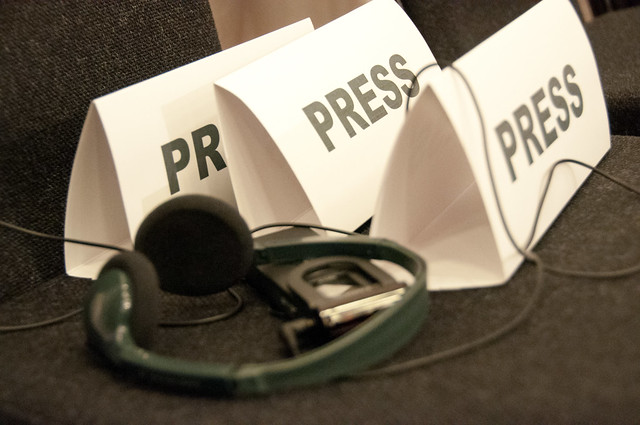 MONROVIA, Montserrado â€“ The Press Union of Liberia is calling for reforms in the Liberian constitution in order to enhance the independence of the judicial branch of government, following the impeachment of former Associate Justice Kabineh Jaâ€™neh from the Supreme Court.

Jaâ€™neh was successfully impeached by the Senate following a trial which lasted for nearly two months. According to Senate records, 22 senators voted to remove the associate justice for official misconduct and gross breach of duty when he granted a writ of prohibition while serving as justice-in-chambers. The writ denied the government of US$27 million in funds for road development that was being raised by a US$0.30 tax on petroleum products. Four senators voted against the impeachment, while three others abstained. All votes were secret.

Days after the impeachment, some members of the Senate are alleging that the Senate’s decision was influenced by the executive branch of the government.

Marylandâ€™s Senator Gbleh-bo Brown, who claimed to have voted for the associate justiceâ€™s removal during a press conference, alleged that the Senate has lost its independence from the executive branch.

Brown said the Senate is dependent on the president, contrary to an earlier agreement by its members prior to the 2017 presidential elections to work as an independent branch of the government.

â€œBut all what we said for which we elected new people is even more than before. Things have gone bad and this body has lost its independence to the executive,â€ he said.

â€œWhat some of us were fighting for is for the judiciary to maintain its independence, but our colleagues did not see it from the way we saw it.â€

Johnson had allegedly made a statement at the signing ceremony of an agreement for collaboration by four opposition parties, accusing members of the Senate of receiving bribes for the impeachment.

He also allegedly accused the pro tempore and the jury secretary of ballot tampering during the voting process at the end of the impeachment trial. He had also earlier written the chief justice and presiding officer of the trial impeachment, Francis Korkpor, requesting a recount of the ballots that led to the removal of the associate justice, noting that the result announced differed from the number of ballots cast.

The Press Union said it is worried by these comments from senators alleging that there were interferences in the recent impeachment proceedings.

â€œPUL says, if the senatorsâ€™ allegations are accurate, then such action has the propensity to undermine the independence of the three branches of government, thereby questioning the integrity of Liberiaâ€™s constitutional democracy,â€ the press release noted.

The union believes that such alleged interferences are perhaps a result of too much concentration of political power in one branch of government against the other two â€“ something it said could often lead to the misuse and abuse of power.

â€œIt is only far-reaching and impactful for our country when powers prescribed for the three branches of Liberiaâ€™s envisioned democratic unitary government are clearly defined,â€ the union stressed.

The Press Union noted that bulk of the countryâ€™s constitutional powers were held by the presidency and the situation was weakening the countryâ€™s democracy. It said courts must be able to check executive actions without fear.

It called on the government to revert to a conclusive constitutional reform process that will enhance the independence of other branches of government, especially the judiciary.

The president of the journalistsâ€™ union, Charles Coffey, said it was time for the country to proceed with decentralizing power and services. Doing so would allow local governments to perform low-level functions, leaving the bigger issues such as the execution of foreign policy, management of trade and immigration, and defense to the central government, Coffey said.

â€œDecentralization promotes national unity by distributing power and resources more fairly around the country, bringing government closer to the people, and letting local communities [have] some control over their own affairs as we have seen through the establishment of county service centers across the country,â€ Coffey noted.

â€œWhen power is devolved along geographic lines, it will mature our democracy and strengthen its stability while defeating ethnic and sectarian vices.â€

The union also insists that successful democracies exercise political power that respects the law, the constitutionâ€™s call for separation of power, and the will of the people through the decisions of their representatives.

In 2012, Liberia initiated its first post-war constitutional review and reform process. The process was intended to effect reforms that would resonate with present-day realities. The review process ended in 2015 with former president Ellen Johnson Sirleaf submitting a bill to the legislature for a referendum. The bill was passed by the House of Representatives, but the Senate has not yet taken action.