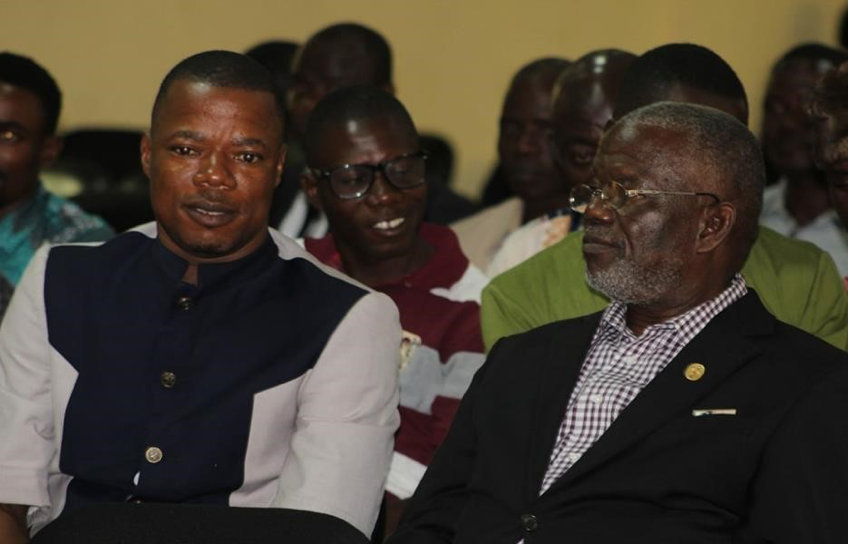 GANTA, Nimba – Nimba’s lawmakers have elected a new code of officers to lead the legislative caucus for the next six years, with Sen. Prince Johnson re-elected for a third term to serve as chairman.

Speaking to Radio Kergheamahn on Tuesday morning, the newly elected chair said all differences that once existed among members of the caucus are now resolved. He added that members were now ready to put aside their egos and work in the interest of the people.

“I was overwhelmingly reconfirmed by my colleagues as the chairman of the Nimba [County] Legislative Caucus,” Johnson said. “It’s not the only thing that makes me glad, [but] the fact that all the radicals who have problem with me – I have problem with them – we reconciled today—and that’s the best thing that I have ever recorded in my life.”

Johnson has sparred with several lawmakers of the county, including Kogar, Rep. Prince Tokpah of the second district, and Rep. Larry Younquoi of Nimba’s eighth district. According to Johnson, he and the lawmakers have “resolved all our matters” and were now prepared to work “to put our county first and put our personal egos behind.”

However, despite Johnson’s narrative of a harmonious caucus, Tokpah and Younquoi have said they did not participate in the voting because the caucus’ election was stage-managed and did not meet their expectations.

“One surprising thing is that the nomination that was done was done by one person [Rep. Jeremiah Koung] for all the positions,” Tokpah said. “And in electoral processes, I have never seen such a thing to happen — for one person to just get up and nominate all the people that are supposed to have taken part in the election.”

For his part, Younquoi said he did not participate in the voting process because of how the process was conducted.

Younquoi said the caucus needed to run on principles and guidelines, a contention that has resulted in many disagreements with the perennial chairman, Johnson.

“I was even nominated for some position,” Younquoi said, adding that he declined the nomination.

He promised not to support nor recognize Johnson’s leadership on the grounds that he has brought no change to Nimba. Younquoi, however, promised to work in the interest of the people as an “active member” of the caucus that would be very critical on issues coming to the floor for discussion.

Younquoi and a few colleagues had been pushing for an established rulebook to guide the caucus’ activities. However, this idea is yet to be embraced by the majority of members, over whom the county’s senior senator, Johnson, has considerable influence.