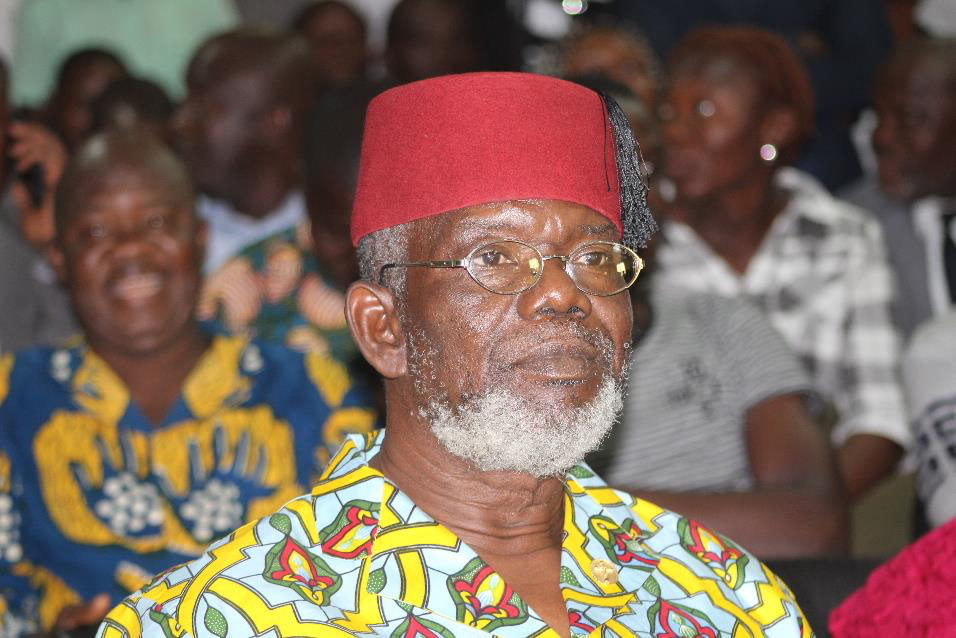 SANNIQUELLIE, Nimba â€“ Sen. Prince Johnson of Nimba has warned against the establishment of a war crimes court in Liberia.

He said establishing such a court would do Liberians no good, but rather serve as a recipe to cause chaos and setback to the countryâ€™s fragile peace. He noted that the call by some Liberians in and out of the country to set up a war crimes court in Liberia is against the peace agreement signed by warlords in Accra, Ghana in 2003.

“When they signed this agreement, ECOWAS heads of states all approved [it],” Johnson said. “The AU [African Union], which was by then OAU [Organization of African Unity] â€“ they also approved [it]. Then the United Nations sealed it up and signed â€“ forever and ever. No more war, only TRC [Truth and Reconciliation Commission]. Then unscrupulous politicians came here and want to change it…”

Findings of the Truth and Reconciliation Commission recommended restorative and retributive justice for those who participated in the war. There has, however, been a lack of political will to implement the commissionâ€™s report since it was published in 2008.

Johnson said most former generals and leaders of armed groups have since put behind them the activities of the civil war and are now living a “self-employed life” to sustain their families. Going after them, he said, meant sending them back into the bushes.

“Any government that will come to this country that will want to go after a leader of a faction because that leader is old, that person has followers â€“ then, it is you breaking the peace,” he said. “When they go back in the bush with thousands of single barrel guns, there will be no more peace until they take over.”

Johnson said any disruption of the peace in Liberia would send a negative signal to the outside world, thereby preventing any international intervention. He warned that Liberians should not go along that path.

He noted that those calling for a war crimes court to be established during the George Weah-led government are simply doing so to create instability for the eight-month-old government.

He cautioned that Liberians needed to now focus on meaningful development and do away with the countryâ€™s ugly past.

“Our people are suffering. We are eating food that we don’t produce,” he added. “You plant your rice and plantain â€“ all [gets] rotten on the farm because [there are] no roads.”

Johnson was one of the key players during the Liberian Civil War that lasted for about 14 years, killing an estimated 250,000 people and displacing a quarter of the population. He headed the breakaway Independent National Patriotic Front of Liberia. During a Truth and Reconciliation Commission hearing in Monrovia, Johnson described his role in the civil war, including the brutal torture of former Liberian President Samuel K. Doe. He said his role in the war was to liberate his kin, the Dan and Mahn people of Nimba, from the brutality of the Doe regime.

Because of this image Johnson has as being a liberator and protector of Nimbaians, he has wielded immense political capital in Nimba since the war. He was first elected to the Senate in 2005 and has played a strong role in Nimba politics since.

Johnson said unlike during the regime of Doe, his people can now speak their languages freely. “If my life will become a sacrifice, I am prepared to go, because we are free,â€ he added.

Johnson is one of several former rebel leaders who are now lawmakers and government officials. Rep. George Boley was elected to represent Grand Gedeh in 2017. He was deported to Liberia in 2012 by U.S. immigration officials for human rights abuses he committed during the Liberian civil war, including the use of child soldiers. He had led the Liberia Peace Council rebel group.

There have been increasing calls for the Weah-led government to establish a war crimes court. Several U.S.-based Liberian groups are planning a protest on September 18 when Weah attends the United Nations General Assembly.

Even as Liberian government officials are hesitant to make any moves to establish a court, victims of war crimes in Liberia have been finding a semblance of justice abroad.

Chuckie Taylor, son of former President Charles Taylor and a former commander of the Anti-Terrorist Unit, was sentenced to 97 years in jail in 2009 for violating a law prohibiting American citizens from committing torture abroad.

Mohammed Jabateh, also known as â€˜Jungle Jabbah,â€™ was another perpetrator of war crimes found guilty in the U.S. of falsifying immigration documents. He was sentenced to 30 years in prison.

On Friday, several news outlets including the AFP reported that France had detained a suspected former militant commander known as Kunti K. for torture, murder, slavery, the use of child soldiers and cannibalism between 1993 and 1997. He was reportedly arrested on Tuesday.