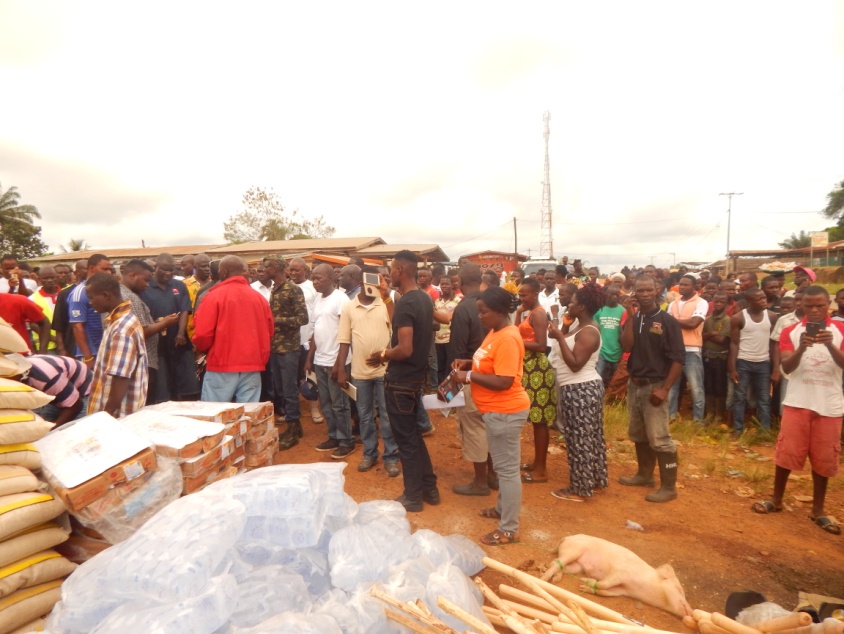 GANTA, Nimba â€“ A group of private citizens has embarked on a campaign to clean up parts of Ganta.

The Friends of Samuel N. Brown Network in Liberia launched its exercises on Thursday, October 27 and aims to target major public areas in the city, beginning with the Ganta Cemetery.

Before the work started, the chairman of the group, Adadda Smith, made a presentation of gifts to the mayor of Ganta. The items included 56 bags of rice, 30 cartons of fish and chickens, 200 sacks of mineral water, 31 pieces of shovels, 53 cutlasses, and 200 brooms.

The perishable items were intended for the communities participating in the cleaning exercise while the cleaning equipment were provided to the city government. In response, Mayor Benjamin Dopka commended the group for its support to the city. He said he and members of the city council were pleasantly surprised by the groupâ€™s initiative.

â€œI can remember that the last time such a thing happened was during the days of my predecessor, Dorr Cooper, and this was during the [Liberia Youth Empowerment Program] project,â€ Dokpa added.

He promised to work with the network in fostering development in the city and encouraged other groups to follow their lead. â€œThis is not only to your group,â€ the mayor said. â€œWe will be grateful to any other group that will come up to help clean our city.â€ Meanwhile, Samuel N. Brown, who sponsored the initiative, lauded the city for its support, adding, â€œThis would be an initiative that other mayors would easily not agree to, but here, [the mayor] is a part of the process today â€“ so I must commend him.â€

Only several days after the cleaning exercises, Brown accepted a petition by citizens on Saturday to run for representative of Nimbaâ€™s first district.