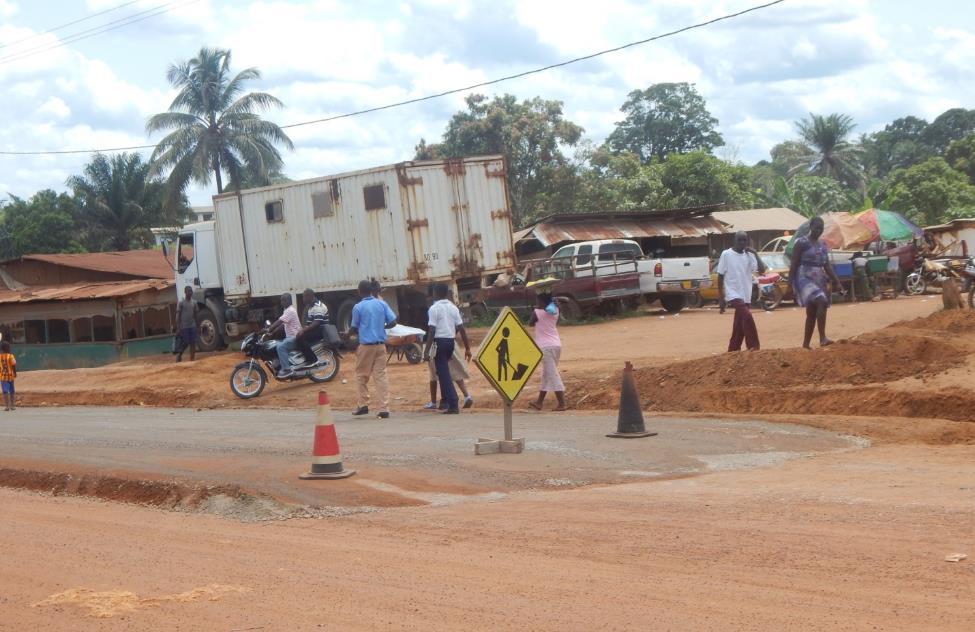 GANTA, Nimba â€“ Residents along the highway from Ganta to Tappita are expected to soon receive payments for properties that would be affected by the pending road construction.

Gantaâ€™s Mayor Amos Suah informed the public earlier in the week that affected property owners should begin seeking information from his office for details on how they can receive their payments. The mayorâ€™s office scheduled meetings for Wednesday, June 6 through Friday, June 8 for property owners to clear doubts about the circumstances surrounding the project and the potential benefits.

â€œWe want to make this announcement to our people that those whose properties were marked from the number 1 to 100 should meet with the people [payment verification team] at the city mayorâ€™s office by 4:00 p.m. [on Wednesday],â€ Suah said. â€œThose from 101 to 200 will go to the office the next day; while those who fall between 201 to 300 will go the last day.â€

The 225-kilometer corridor from Ganta to Zwedru, Grand Gedeh was estimated at US$225 million. The section of the road from Ganta to Tappita is being partly financed by the World Bank, with matching funds provided by the countryâ€™s Road Fund.

Recently, the Ministry of Public Works announced that the government was resuming all road projects that have been dormant in the country. That means that another major Nimba corridor, the Ganta to Yekepa road, will resume. The road, which had been called off in 2016, is also expected to be restarted, after ArcelorMittal and the Liberian government reached an agreement.

The project was called off when the steel giant declined to contribute the US$40 million it had initially promised for the road construction. ArcelorMittal said it was unable to provide the money due to the drop in the price of iron ore on the world market.

The original agreement to pave the Ganta-Yekepa road between ArcelorMittal and the Government of Liberia would have seen the government contribute US$10 million while ArcelorMittal agreed to provide US$40 million.

In addition to the pending highway constructions, residents of Ganta are also expected to gather for the dedication of two major streets in Ganta that were paved through the Feeder Roads Alternative and Maintenance Project, which was financed by USAID.