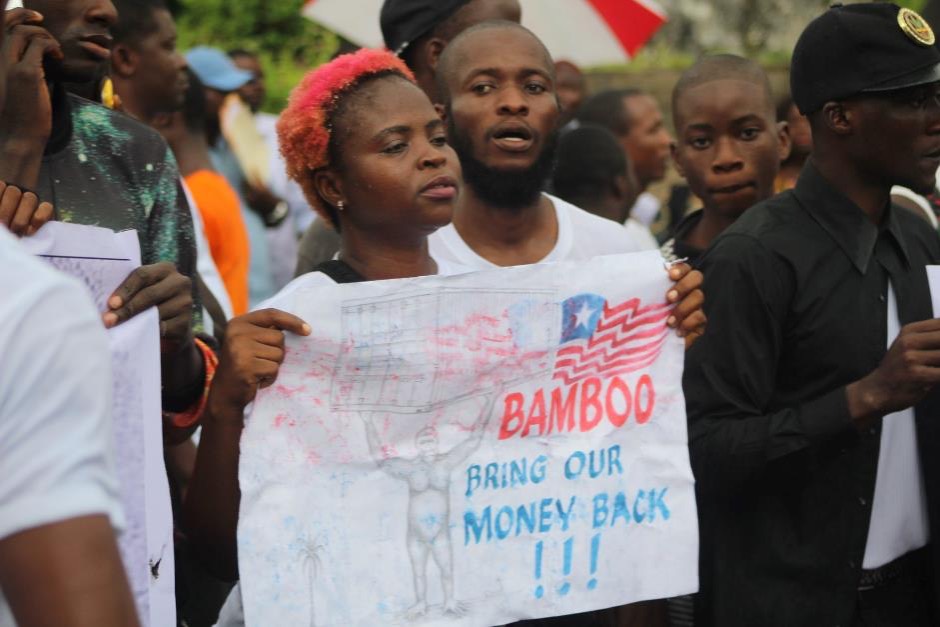 GANTA, Nimba â€“ Even as hundreds of protestors gathered in Monrovia on Monday to call for an independent investigation into the alleged missing billions of dollars in Liberian banknotes, it was business as usual in Ganta, with no protests in sight.

Both the Nimba superintendent, Dorr Cooper, and Mayor Amos Suah of Ganta confirmed to The Bush Chicken that they did not receive any information of protests that were meant to take place in Nimba, the birthplace of one of the leaders of the protesting groups, Emmanuel Gonquoi.

Gonquoi heads the Economic Freedom Fighters of Liberia, which was one of the groups asking theÂ international community to pressure the government to investigate the missing banknotes and other critical transparency and anti-corruption issues.

The organizers of the protest had called for businesses, schools, and banking institutions to be closed. However, there were no visible signs of closures or protests in Ganta. The Bush Chicken caught up with some citizens on the main street of Ganta to obtain their views on the protest in Monrovia.

â€œI see no reason why we say we are carrying on protest now,â€ said Jenkins Mehn, a money exchanger. â€œThe President already set up [an] investigation team to find out about the money business. We just need to wait and see what will happen first.â€

Mehn said Liberians would have had reason to protests if the government had failed to initiate an investigation into the matter.

â€œIf the government delays in telling the Liberian people the result from the investigation, then we can protest for the international community to come and step in,â€ he added.

For her part, Rita Saye, a petty trader in Ganta, said whether or not a protest was ongoing in Ganta, she wanted the â€œmissing container back.â€ â€œThe whole country cannot suffer in poverty for few people and their family to enjoy the country money,â€ she said.

While she thought the protest was necessary, Saye said, â€œIn Ganta here, we did not see anybody on the street.â€

â€œSo, we came to sell our little market,â€ she added.