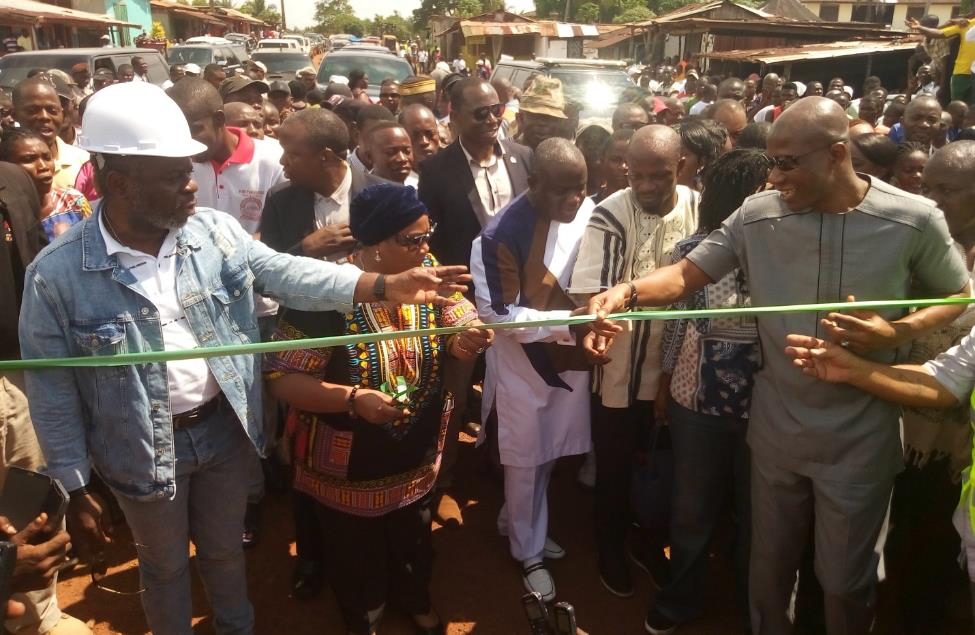 BUCHANAN, Grand Bassa – The Ministry of Public Works has broken grounds for the construction of a 1.5 km stretch of road leading to the Fairground in Buchanan. The cost of construction is estimated at US$1.2 million.

The Fairground hosts major public buildings, including the Buchanan City Hall, Unification Pavilion, the police headquarters, and the superintendent’s compound. Unification Pavilion was constructed in 1965 during the administration of former president William V. S. Tubman. However, since the erection of the building, which hosts major programs and the presidential villa, the road leading to the pavilion has not been paved.

The groundbreaking ceremony comes after numerous calls made by Rep. Matthew Joe of Grand Bassa’s third district. Joe had made constructing the road leading to the Fairground a major part of his campaign promises.

During the 2017 election campaign season, he promised to establish the District Development Council, to purchase a bus for students, to provide L$3 million in interest-free microloans for traders, and to construct the Fairground road. Joe had promised residents of Buchanan that the Fairground road would be constructed if the Coalition for Democratic Change won the election.

Since the campaign season, the lawmaker has fulfilled half of those promises, including establishing the district council and purchasing a 34-seater bus. He said the disbursement of the interest-free loans would soon begin.

“If the Fairground road is completed, as well as the microloans, this means all my campaign promises would be achieved within the period of two years,” Joe added. He noted that he had told President George Weah that the people of Grand Bassa considered the Fairground road a top priority.

During the groundbreaking ceremony, Vice President Jewel Howard-Taylor told the audience that the road’s construction was part of the president’s commitment to construct 3 km of road in each county capital.

“Few weeks ago, President Weah did the groundbreaking of all of the roads across the country as a symbol of the commencement of this very important road and so, over the next few weeks, county capitals that are accessible will begin to feel the effect of our president’s primary goal set by himself and accepted by all branches of government that we will fix road, fix road, and fix road,” she said.

For the remaining 1.5 km of road that will be constructed in Buchanan as part of the president’s initiative, Howard-Taylor advised the Ministry of Public Works and the county’s leadership to consider selecting the road leading to the Grand Bassa Community College.

Public Works Minister Mobutu Nyenpan estimated that the construction could last for nine months, although he said his ministry would aim to complete the work in six months.

“The president, being cognizant that Monrovia is not Liberia, has decided that in each county capital of Liberia, we will pave 3 km of roads,” Nyenpan said.

He said the road would be paved with concrete. Nyenpan described the portion to be paved as starting at Tubman Street and leading to the Fairground before heading to the Saye-pue second junction.