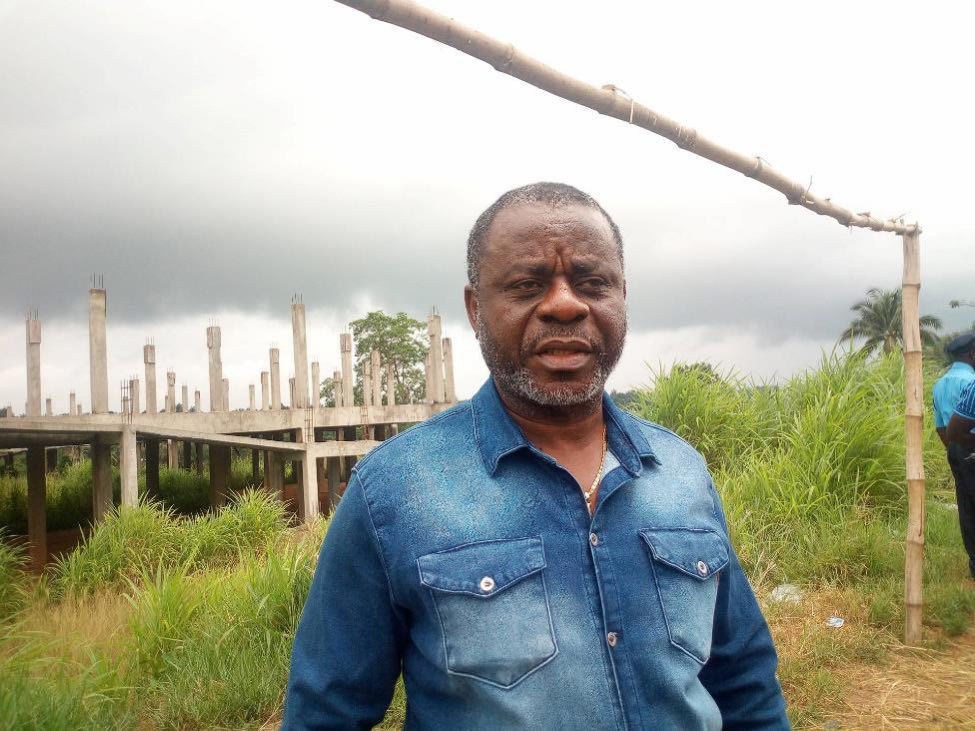 Family sources confirmed to The Bush Chicken on Thursday that the minister had died in the early hours of Thursday morning.

Nyenpan was flown to Ghana last month for further treatment, but 48 hours before his death, he was listed as being in ‘critical’ condition. He had a stroke on September 3 shortly after a meeting with senior administration officials at his office.

The stroke sent Nyenpan into a coma before doctors at the John F. Kennedy Medical Center managed to stabilize him enough for him to be flown to neighboring Ghana for further treatment.

JFK doctors had performed multiple procedures and surgery to reduce bleeding in the minister’s brain, said to have been caused by a ruptured brain aneurysm. President George Weah then instructed Finance Minister Samuel D. Tweah to make US$150,000 available to fly the minister to Ghana for further treatment.

A former senator from Sinoe, the 54-year-old Nyenpan was appointed by Weah in February 2018 as minister of public works.

Nyenpan had won his senate seat in the 2005 general elections, running on the ticket of the Alliance for Peace and Democracy. During his time in the Senate, he served as co-chair of the Public Works and Rural Development Committee, He was also a member of the Information, Broadcasting, Culture and Tourism; the Executive; the Defense, Intelligence, Security and Veteran Affairs; Maritime; and the Planning and Economic Committees.

Sinoe residents are already grieving over the death of one of their prominent sons. Nyenpan is the third senior politician from Sinoe to die since the beginning of the year. In June, Sinoe lost a sitting representative, Jay Nagbe Sloh. In August, the assistant superintendent for fiscal affairs, Gift Morris, also died.

Sharing
Tags Mobutu Nyenpan
Contributions to The Bush Chicken are not tax deductible.