GREENVILLE, Sinoe – The Ministry of Public Works has resumed pavement of two major streets in Greenville after the rainy season necessitated a nearly five-month break.

The pavement of Sinoe and Mississippi Streets began in 2020, and Taylor Farley, Jr., Sinoe’s resident county engineer, told The Bush Chicken that the project would be completed before this year’s rainy season begins.

Although the construction has been delayed, Farley said the government remains committed to ensuring that the road is completed.

“We want to call on our people to remain focused and look up to the government,” he said. “Rest assure, the government will do everything possible to complete this project and more to come before the completion of the president’s first term.”

The Public Works engineer also noted that major road rehabilitation projects were also underway, including on the road from ITI in River Cess to Greenville and from Barclayville, Grand Kru to Greenville.

In another related development, the management of Mandra Logging Company says it has begun rehabilitation of a 20 km road in upper Murrysville Township. The company said the work is taking longer than expected because of the COVID-19 pandemic.

On February 12, Kwaku Query, the company’s community affairs manager, told The Bush Chicken that he expected the project to be completed before March this year. 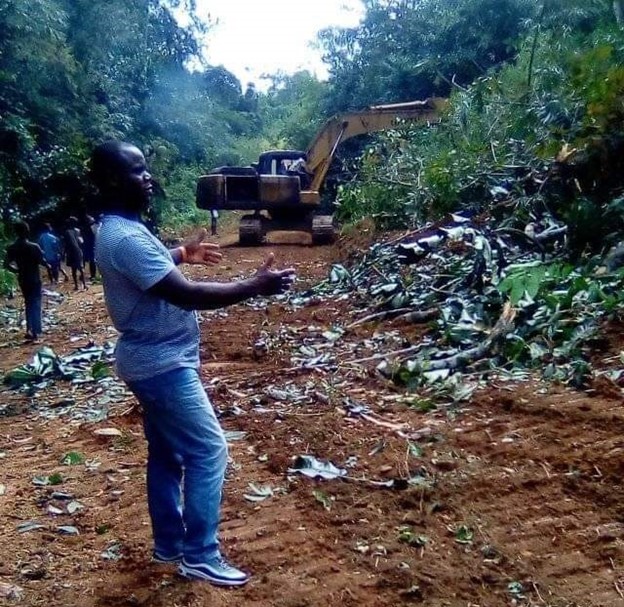 In addition to the road rehabilitation, the company has also donated stationery and other supplies to a public school in Murrysville. The items were worth US$1,500 and included chairs, textbooks, and crayons.

Mandra’s human resource officer, William Bowea, said the donations would enhance learning activities in Murrysville and fulfill the company’s obligations to the community.