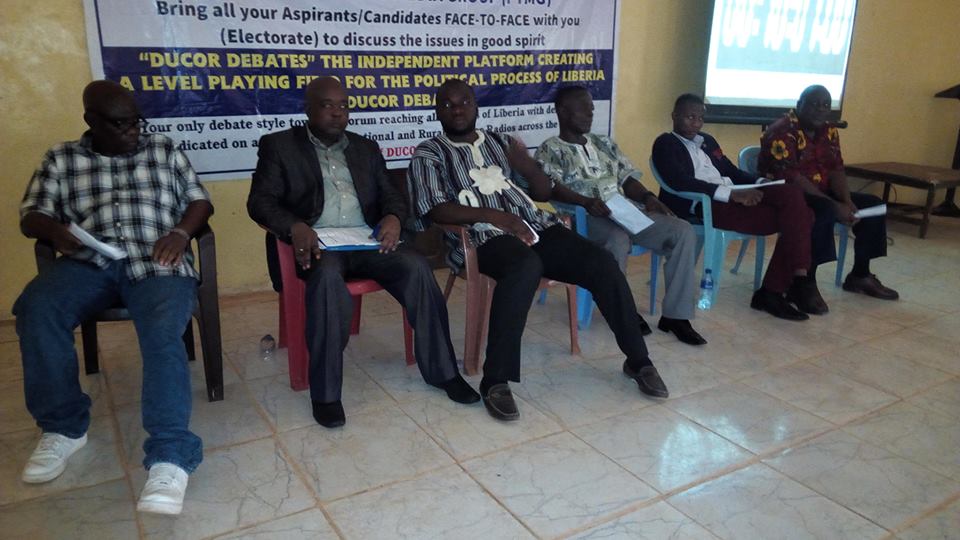 HARBEL, Margibi â€“ The much publicized Ducor Debate was witnessed in Margibiâ€™s second district recently in Harbel with incumbent Representative Ballah Zayzay debating with five would be candidates in the district.

The recent debate in Harbel is the ninth in a general series of debates with incumbents and those trying to become representatives across the country.

According to a release from organizer John Kollie of the Liberia Media for Democratic Initiative, the Ducor Debate is focused on national trending issues of concerns in the district. He said it would allow the debaters to converse with their presumed constituents on the challenges affecting the district and Liberia in general.

The debate, which was first launched December 18, 2016, in Nimbaâ€™s second district, aims to have aspirants from all 73 of Liberiaâ€™s electoral districts to face each other.

The recent dialogue in Harbel attracted several residents of the district who were anxiously seated to hear from those vying to represent them.

The debate became tense when Henric Marcus Speare, a former ally of the incumbent, accused the lawmaker of failing to establish a district office. Speare claimed that Zayzay runs the activities of the district from his living room.

Speare also said the Harbel College, which is cited by Zayzayâ€™s campaign as one of his major achievements, is nothing more than a study class.

Speare promised that if he was elected, he would strengthen the healthcare delivery system of the district. â€œAll of the health facilities in the district are just stores of a few tablets; sorry for people with serious complications,â€ Speare added.

Former Liberian journalist Ebenezer Wilson called on his constituents to vote for leaders who possess the three basic qualities that an independent lawmaker needs to fully represent his people – authority, ability, and attitude.

Wilson said the people of Margibiâ€™s second district need a representative who cares about changing their livelihood and can freely interact with national actors in making things happen. If elected, he said he would ensure that the Firestone Liberiaâ€™s agreement is reviewed to meet the needs of workers. Wilson said unless Liberians are elevated at a certain level, he doesnâ€™t believe that dual citizenship is timely.

For his part, the incumbent lawmaker Zayzay asked for more time to complete projects he initiated, including the Harbel College, which he said would allow the people of his district to have accessible, quality, and affordable education.

When quizzed of his earlier statements that he would not contest the upcoming election, the lawmaker said a series of calls from his constituents triggered his participation in the upcoming process. He accused his opponent Speare for not accounting for over US$10,000 dollars he received from the leadership of the county during the Ebola outbreak in 2014.

The Ducor Debates come out of a memorandum of understanding between two prominent Liberian journalists Frank Sainworla and John Kollie through their organizations, the Public Trust Media Group and the Liberia Media for Democratic Initiatives.