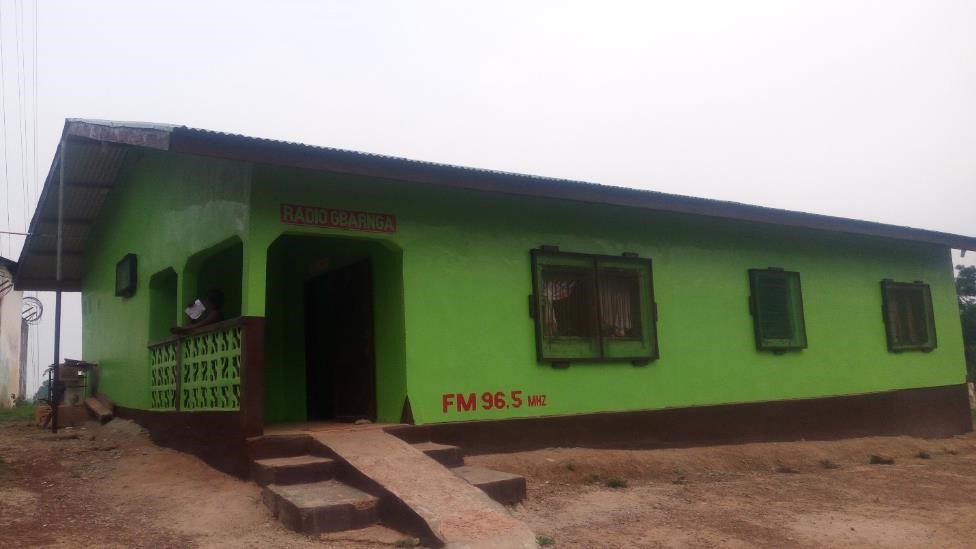 GBARNGA, Bong â€“ Radio Gbarnga has resumed normal broadcast activities following a violent storm that destroyed the stationâ€™s building and damaged some of its broadcast equipment.

The station was off the air for nearly two months while its facility was being renovated.

The stationâ€™s editor-in-chief, Clarence Jackson, commended those who contributed towards the renovation of the station, adding that it would have been difficult for the station to resume broadcast in the absence of contributions from Internews and community leaders.

â€œRadio Gbarnga does not have extended source of assistance accept the sales of request forms, announcements, and contributions from community people. So as a management, we are very thankful to all those people and institution that identified with us,â€ Jackson said. â€œThe provision of a mixer, microphones, headphones and other materials by Internews is an indication that the Liberia Media Development Program of which Radio Gbarnga is a part, means well for the Liberian media. I think this project will do well for the media in Liberia,â€ Jackson added.

Jackson also extended special appreciation to the Voice of America for reinstalling its equipment for the relay of some of its Africa-focused programs like Day Break Africa. VOAâ€™s relaying equipment was also damaged during the storm.

He said the station remains committed to maintaining the public trust through independent and professional broadcasting of its news and programs.

As the October elections draw closer, he said the station continues to provide equal and balanced coverage of the activities of individual candidates and political parties to strengthen Liberia’s democracy.

Jackson, however, saidÂ this could be more effective if partners would assist the station with motorcycles and other logistics. Radio Gbarnga was hit by a violent storm on March 5, 2017, causing damage to the building and several of the stationâ€™s broadcast equipment and other assets.

The manager of the station, William Quire, told The Bush Chicken that the stationâ€™s mixer board, seven computers (including desktops and laptops), as well as major documents, were damaged as a result of the heavy downpour.

He said some station staffers were in the building preparing content for the Breakfast Show when the incident occurred.

Quire at the time appealed to NGOs, community members, and the authorities of Bong, as well as the national government, to help the station return to its airwaves.

Radio Gbarnga was established as a community radio station in 2004 by Mercy Corps, and it has among other awards, received the Press Union of Liberiaâ€™s Community Radio Station of the Year Award.

An audience map developed by Farm Radio International, based in Canada, revealed that the station broadcasts to an area with over 600,000 residents, mainly in rural and semi-urban communities in central and western Liberia.